A Melbourne publican claims a neo-Nazi extorted hundreds of dollars from him after a staff member recognised a far-right tattoo on the shoulder of a patron and spat in their drink.

The neo-Nazi members have been bragging on secret and encrypted social media channels populated with right-wing supporters that The Irish Times Pub manager Nitin Parashar handed over $651 after they threatened the pub with complaints to regulators and flooded Google with negative reviews. 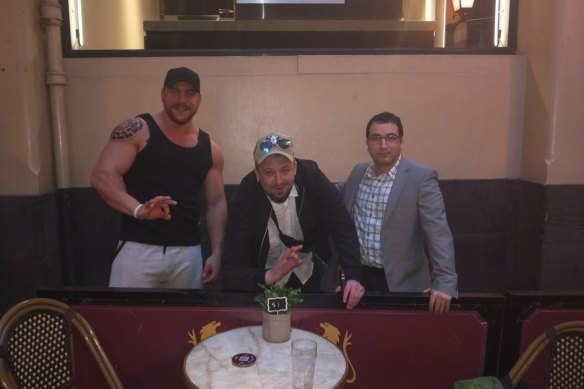 Parashar, who has managed the pub for 12 years, told The Age he did not know what the tattoo meant, or who the individuals were when they complained about their treatment. He has spoken to police about the incident.

“I have been in hospitality for 17 years, and I’ve never come across anything like this. I would never have thought in my wildest dreams that I would be part of something like this. The last thing I want is this to tarnish our brand name and what we stand for,” he said.

The tattoo recognised by bar staff, the Nazi icon the “black sun”, popularised by far-right Ukrainian infantry unit the Azov Regiment, was on the right shoulder of Nazi sympathiser Jimeone Roberts as he drank on August 2 this year with fellow neo-Nazis Neil Erikson and Stefanos ‘Stefan’ Eracleous.

Roberts was the day before convicted of public nuisance after posting more than 50 swastikas in one suburb the day after the Victorian government introduced legislation to criminalise public use of the hate symbol.

In a video posted online, the group of men confronted the bartender about their drink being spat in, which he acknowledged. According to the complaint, Roberts told the bartender that he did not support multiculturalism.

Shortly after the incident, Eracleous, wrote to Parashar demanding he pay him $651, issue an apology on their Facebook page, and said that if it did not “remain online forever” he would “be pursuing you in court and other arenas.”

The number 51 in the monetary request holds special significance for the group because it is the number of victims in the Christchurch massacre. 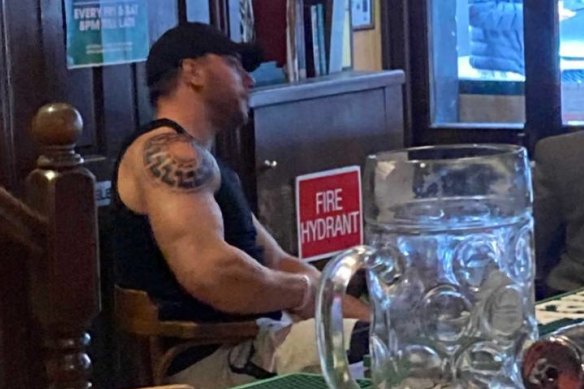 On The Irish Times Pub Facebook page, Parashar apologised to Roberts, Eracleous, known neo-Nazis Neil Erikson and Thomas Sewell, and their friend. The Age is not aware of any evidence that Roberts, Erikson, Sewell or their friend were involved in making the demand for money. The pub also sacked the two staff members involved.

“The Irish Times Management team strongly disapproves of the ex-employee’s unprofessional conduct by spitting into the patron’s drink as a consequence of a discussion with the patron over a political topic,” the message said.

In the 10 days since the incident, the pub has received a litany of one-star Google reviews written about its service, many referencing the incident. The campaign was amplified by social media channels with far-right activists co-ordinating across borders to ruin the reputation of the pub.

An audio memo posted to a secret channel and obtained by The Age also suggested using complaints to regulators to apply pressure to Parashar, who was overseas at the time of the incident.

The audio memo said they were considering making reports to Consumer Affairs Victoria, the Victorian Equal Opportunity and Human Rights Commission, taking legal action in the Victorian Civil and Administrative Tribunal and reporting the pub to the Melbourne City Council.

“I think we should get the ball rolling, get everything in motion, so when [the owner] does come back from overseas [he] is confronted with emails and f—ing complaints from Melbourne Council, Consumer Affairs, VCAT,” the voice said.

Police said they were notified of the incident.

“It’s believed a number of men became involved in an altercation with a staff member and have subsequently made a number of demands from the business. As the matter is currently being assessed, it would be inappropriate to comment further at this time,” a police spokeswoman said. 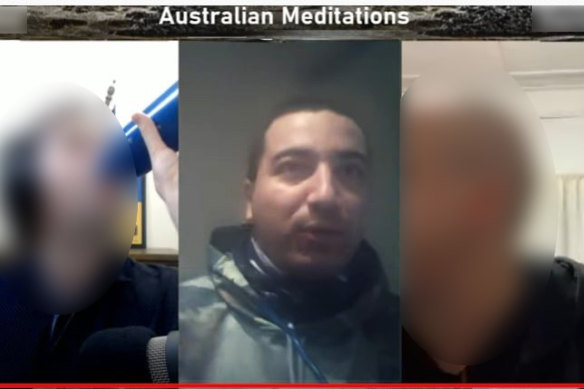 Eracleous pictured in a recent online discussion with other neo-Nazis.

Erikson, a far-right nationalist, has previously been convicted of inciting serious contempt for Muslims by making offensive remarks in a LGBTQI church service. He maintains his innocence and is currently appealing his conviction and jail term.

Though not in attendance at the pub but mentioned in the apology request, Thomas Sewell, leader of the Australian nationalist socialist movement, is currently on bail as he awaits trial on allegations he attacked and robbed a group of hikers in regional Victoria. Sewell has pleaded not guilty.

Parashar says he now feels sandwiched between two groups: the neo-Nazis that insisted on the sacking of the staff, and people who think it was wrong to sack the employee who spat in his beer.

“We’re still recovering from the impacts of COVID and the next thing we’re getting dragged into this,” he said.