Netflix might have saved the royals, says Andrew Hastie

London: Netflix’s Emmy-award winning drama The Crown may have saved the monarchy in Australia ahead of a possible new referendum, opposition frontbencher Andrew Hastie said.

Speaking in London to The Sydney Morning Herald and The Age at an event hosted by think tank Henry Jackson Society, Hastie said he would argue the case against change, if Labor pressed ahead with a second referendum on Australia becoming a republic. 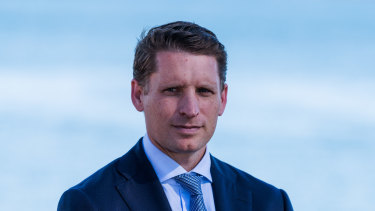 “I’m a monarchist, I’m not someone who’s out and proud and making the case every day, but certainly I see the benefits of our system, if we were ever going to change it I would want a good reason to do so,” he said.

He said he was not sure if support for a republic had grown since the question was last asked in 1999, when it was rejected by the Australian people, following campaigns led by now former Liberal prime ministers Tony Abbott for the monarchists and Malcolm Turnbull for the republicans.

“One in two Australians are born overseas now but I think there’s still a strong admiration for the Queen particularly and whether that transfers into enduring support for the monarchy is another question altogether but I think Netflix has a bit to answer for.

“The Crown has mainstreamed the monarchy again in a way that people can engage with.

Hastie said he had only seen a bit of season one and that it was good television.

“We can all question the historicity of The Crown but nonetheless I think that first series penetrated the popular culture in a way that monarchists’ arguments, in a political sense, could never do,” he said.

The show’s fifth season is due for release in November. Season one charted Queen Elizabeth’s installation on the throne and was widely seen as a sympathetic portrayal of the young monarch.

But later seasons have focussed on the dramas that have played out in living memory, including the disastrous marriage of Prince Charles to Diana. 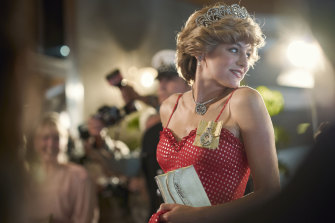 Tortured soul: Emma Corrin as Diana, Princess of Wales in an episode of The Crown.Credit:Netflix

It will recap the events leading to Diana’s death in 1997.

Season six, due out next year, will dramatise the events after her death, when the Queen was heavily criticised for her aloof response, despite an unprecedented outpouring of grief from the British public. 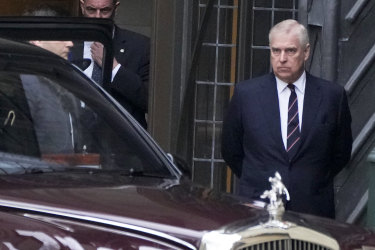 Prince Andrew has been stripped of his royal duties.Credit:AP

However, it is not believed to take in more recent crises that have rocked the family, including the car-crash interview that Prince Andrew conducted in an attempt to justify his friendship with the convicted paedophile Jeffrey Epstein, and the bitter fallout between brothers Prince William and Prince Harry. Harry quit the family after marrying the American actress Meghan Markle.

Prime Minister Anthony Albanese appointed Matt Thistlethwaite as Australia’s first-ever assistant minister for a republic after winning government in May.

Labor has stressed that it has no intention of putting the question to the people this term but could propose a referendum in any second term, which would be just four years away. 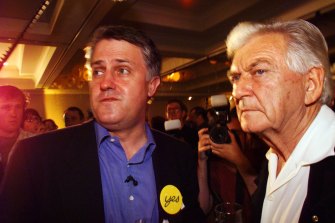 Facing the grim news: Bob Hawke and Malcolm Turnbull digest the result of the republic referendum in 1999.Credit:Steve Lunam

Under section 128 of the constitution, any constitutional amendment must be passed by both houses of parliament.

It can then only succeed if approved by a double majority, that is the national majority of the Australian public along with the majority of votes in four of the six states.

Just eight of the 44 referendums in Australia’s history have been approved due to this high bar.

In 1999, 54.87 per cent of voters were against a republic compared to 45.13 per cent nationally. Every state voted no. The ACT, which counts only towards the national total, was the only jurisdiction to vote yes.

In Hastie’s seat of Canning, 67 per cent of voters rejected the republic but voters in Turnbull and Abbott’s seats of Wentworth and Warringah in Sydney voted yes.

Hastie doubted any moves to replace the Queen with an Australian head of state would fundamentally change the relationship with the United Kingdom.

“There’d be a disconnect there but there’s so much of the UK embedded deep in our culture, in our institutions, that I’m pretty confident that the relationship will endure whatever we do,” he said.