New Orleans man fights off carjacker with a pot of GUMBO

What a soup-erhero! Incredible moment New Orleans man fights off carjacker with a pot of GUMBO before wrestling suspect through his sunroof

This is the incredible moment a New Orleans man fights off a carjacker using a pot of gumbo he was delivering to a neighbor.

Footage shows the suited man spot the theft and race on to the street before flinging his meal at the vehicle.

He then leaps on the bonnet as the car screeches forward while pummeling it with his fists.

As the red car continues to inch forward he manages to reach in through the sunroof and wrestles with the driver before hopping off. 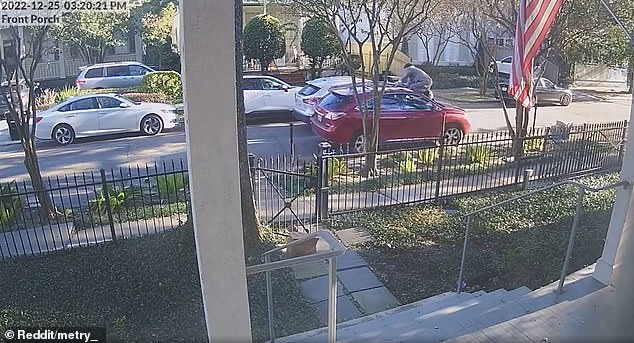 The clip begins as the well-dress man, who has not been named, exited his red SUV while the motor was still running.

He walks up to his neighbor’s house holding the gumbo and a drink as another car pulls up outside.

Two men are seen in the other silver SUV as one hops out of the back seat and gets into the driver seat of the victim’s SUV.

He then attempts to drive off but is spotted by the man who races across the sidewalk and jumps on the hood.

The carjacker hits the gas trying to mow the victim down twice before he tosses the pot of gumbo at the car thief. 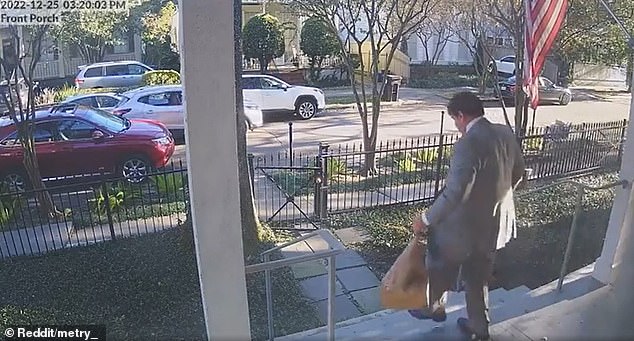 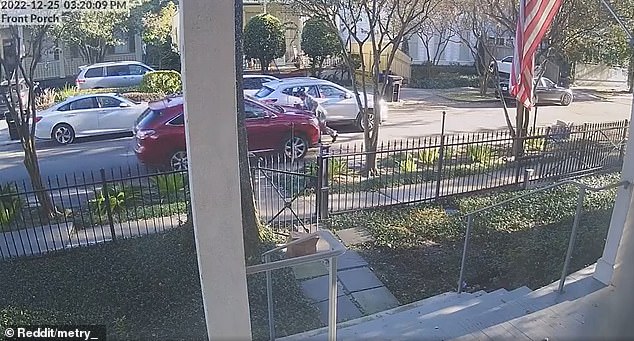 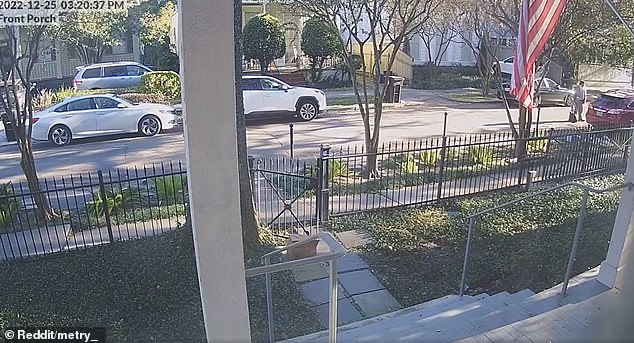 The man is seen climbing on the hood and wrestling the assailant through the sunroof as the car is moving.

The victim then grabs the suspect’s jacket before the carjacker jumps out of the red SUV and and hops into the getaway before both assailant flee.

The victim did not suffer any serious injuries and filed a police report online WDSU News reported.

‘I was nearly run over twice and reacted on instinct to protect myself and my property. What would you do in this situation?,’ he told the news outlet.

‘In hindsight, there were better decisions I could have made, but I am fed up with crime in our city.

‘We expect our police and municipal leaders to do what is necessary to protect its citizens.’ 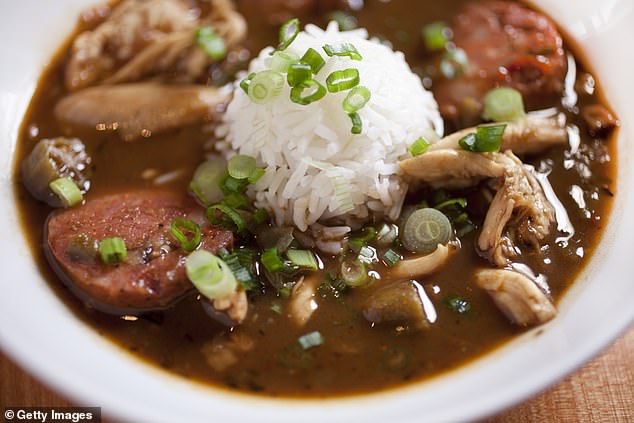 Gumbo is a popular soup-style dish in Louisiana (file photo)

Mike Cahn, a former New Orleans Police Department commander, and security expert, said people may be frustrated with the crime in the city, but warned about the dangers of putting matters into your own hands.

‘Your adrenaline is going, but you have to think again most of these people doing these carjackings are armed,’ he said, WDSU reported.

He said in a situation like this ‘get as much info as you can and a good description of the perps and let them go.’

‘Again, it’s property — it can be replaced. We have to get in the habit of when we get out of a vehicle, take the key with you, ‘ Cahn said.

Car theft is a crime that has been an ongoing issue in the city of New Orleans. In 2022, a total of 4,011 cars were stolen in the city.

An increase of over 35 percent from last year when 2960 cars were stolen, according to the New Orleans City Council crime dashboard.