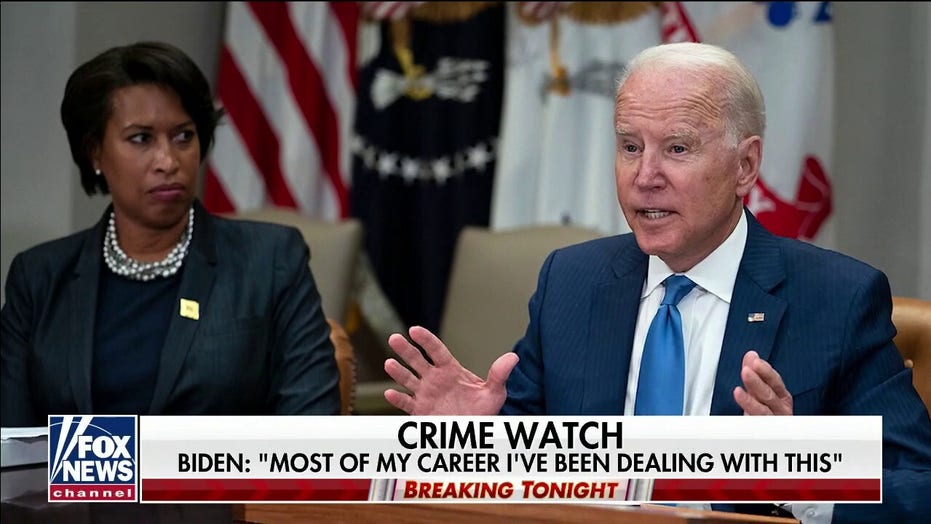 White House correspondent Peter Doocy reports on how the Biden administration is looking to tackle an alarming spike in crime.

The New York City Police Department is looking for a man who allegedly assaulted an 83-year-old bus passenger in the Bronx, dumping a soda on his head and punching him in the face multiple times.

Video released by the NYPD shows the two men standing by each other on a bus and talking for a few seconds before the suspect raises a full soda and starts dumping it on the octogenarian’s head.

The victim was trying to get off the MTA bus around 5:30 p.m. on May 31 in the Bronx before the confrontation occurred, according to police.

He sustained multiple facial fractures and was treated for his injuries at a local hospital. 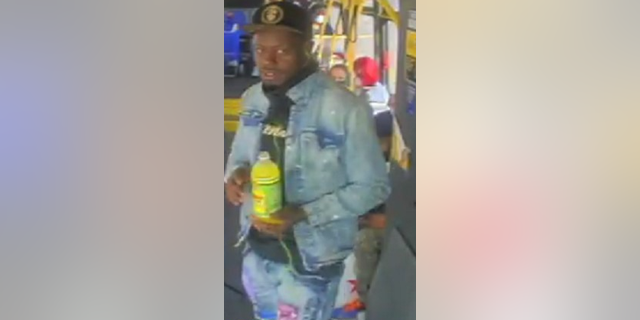 The NYPD is searching for this man who they say assaulted an 83-year-old bus passenger in May.
(NYPD)

NYPD described the suspect as “a dark-skinned male approximately 30 – 40 years of age, 5’11” tall, 180 lbs and was last seen wearing a denim jacket, blue jeans, a black hat and black sneakers.”

There have been more than 11,000 felony assaults in New York City this year, a 6% increase over the same time frame in 2020, according to NYPD statistics.

allegedly, assault, man, New, York
You may also like:

U.S. household wealth soared during the pandemic — along with inequality

New Jersey Governor sounds alarm on 'pandemic of the unvaccinated'