AN NHS worker was left with horrific facial injuries after being knocked unconscious outside a takeaway in Blackpool.

Cops are still hunting the attacker of Shannon Thomas, 22, who was punched by a man in a sickening and “unprovoked attack”. 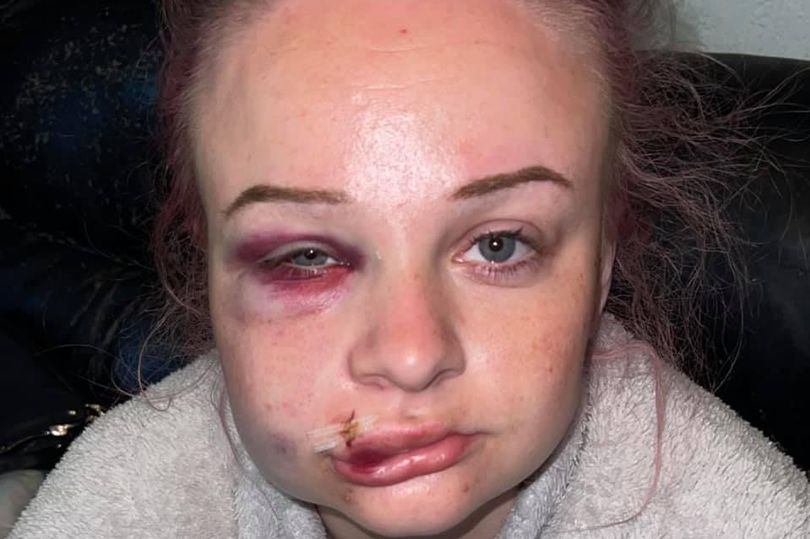 Shannon had just picked up some food in Queens Square on Sunday morning when she was brutally assaulted outside Feast About takeaway in Blackpool.

She had to have stitches inside her mouth and on her lip after the bashing left her face severely swollen, with lacerations and bruising.

Because she was knocked unconscious in the attack, she said: "I don’t remember much from a few seconds before until I was in the ambulance.

“I just know I walked out of the takeaway and this man just punched me in the face once, totally unprovoked.

"But due to the impact it knocked me out and I fell straight onto the back of my head.”

Shannon’s upset sister, Sara McDermott, said her sibling had been left “very sore and very shaken up” following the beating.

She added: “This attack was completely unprovoked and is disgusting behaviour.”

Sara posted shocking pictures on Facebook in a bid to find the thug responsible.

She said: "My sister was attacked in Blackpool early hours of Sunday morning by an unknown male looks in his 20s with fair hair.

“This happened outside Feast About takeaway on Queens Square.

"My sister was punched to the face and knocked out.

“She has had to have stitches inside her mouth and also on her lip; this attack was completely unprovoked and is disgusting behaviour – can I please ask people to share this far and wide.” 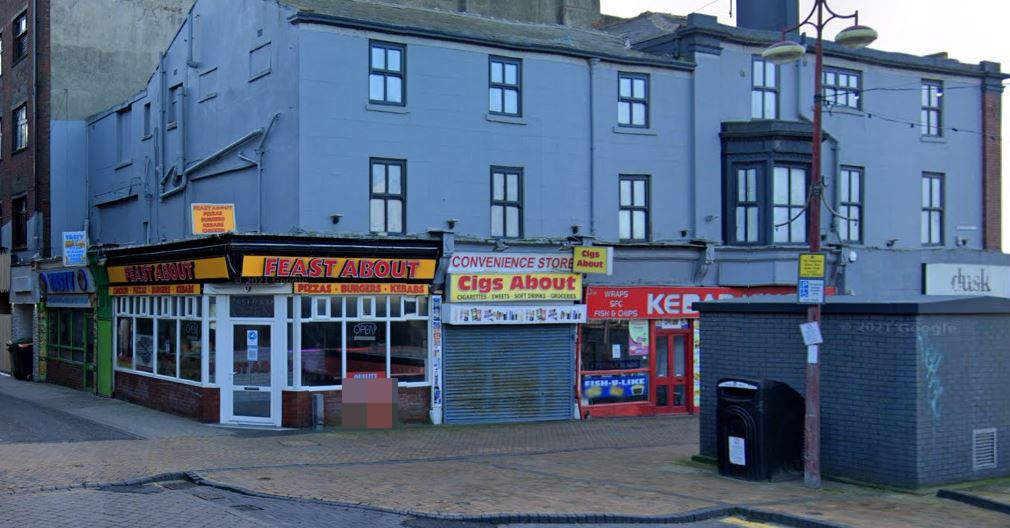 They were shared more than 1,500 times, with Danielle Hill commenting: “I hope you recover fast, love.”

Casey Evans said: “This is just beyond disgusting.”

It's hoped that CCTV footage can help find the NHS worker's attacker.

When Sandgrounder Radio posted about the assault on Facebook, one man commented: "Lowest of low; the day a male strikes a female is the day he ceases to be a male.

"No excuses whatsoever and I hope she recovers mentally and physically."

One sucker-punch can kill a male or a female.

Another resident commented: "If this is a random sucker-punch… the day anybody hits anybody is the day they cease to be a human!!

"Makes me so angry.

"One punch can kill a male or a female, especially when they are not tenses or 'braced' for it.

"I hope he is caught and does some real prison time, and not the pathetic one-day litter picking the UK justice system will give him."

A Lancashire Police spokesman said: “No arrests have been made and an investigation is underway.”

Cops were called at about 2.45am on Sunday, June 27, to a report of an assault in Blackpool.

The spokesman added: “A woman in her 20s reported being punched to the floor by a man in Queens Square.

“The woman suffered facial injuries and was taken to hospital for treatment."

The attacker has been described as aged in his 20s and has fair hair.

If you have any information to help the police investigation, call 101.

horrific, left, NHS, With, worker
You may also like: