An NHS worker who was spared jail after using a dead Covid patient’s bank card to buy crisps, sweets and fizzy drinks from a hospital vending machine has refused to apologise.

She used the contactless touch pad on a vending machine in the hospital to make six £1 purchases. 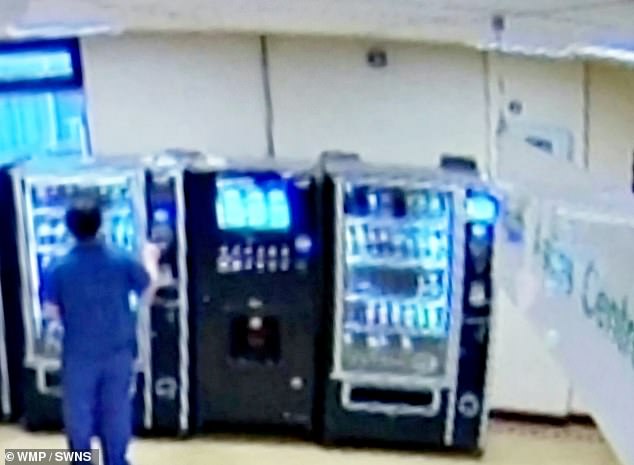 Footage captured the moment  the woman’s bank card was used at a vending machine at Birmingham Heartlands Hospital on January 24, less than 20 minutes after the patient died

She made another £1 purchase that evening before trying to use the card again when she next returned to work four days later – by which time, the card had been cancelled, police said.

Basharat, from Farm Road, Birmingham initially claimed she found it on the floor and got it ‘muddled up’ with her own card when paying.

She admitted theft and fraud by false representation at Birmingham Crown Court on Wednesday (June 9) and was handed down two five-month jail terms to run concurrently, both suspended for 18 months.

According to reports, Basharat refused to apologise to the pensioner’s family when confronted at her home in Sparkhill.

She reportedly said: ‘I don’t want to talk about it. I have nothing to say,’ while stood on the doorstep with her father and elder brother by her side.

She did not answer when she was asked why she has used the bank card, and declined to answer when asked if she was upset at the prospect of losing her job. 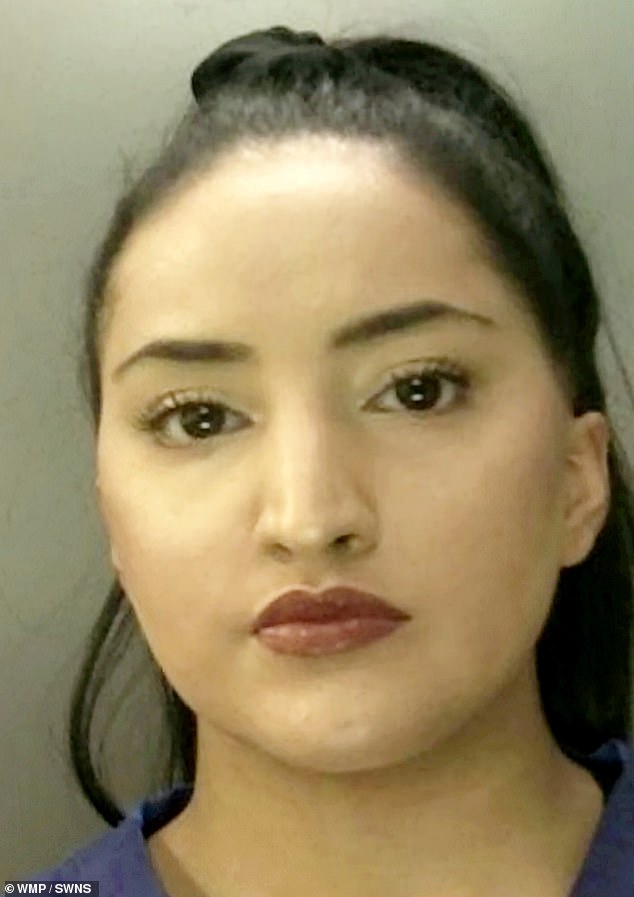 The University Hospitals Birmingham NHS Foundation Trust, which runs Heartlands Hospital, said Basharat was suspended from her role when they were made aware of the incident.

An internal inquiry has also been launched.

‘Ayesha Basharat was immediately suspended when this incident came to light and all steps were taken to support the patient’s family,’ a spokesman for the trust said.

‘The trust has fully supported the police with their investigation and a result of Ms Basharat’s conviction, the trust will now proceed with our internal HR processes, with due consideration given to the criminal conviction that Ms Basharat has received.

‘We would like to offer our sympathies to the patient’s family and sincerely apologise for their experience; this incident is disgraceful and clearly fell short of the high standards of integrity that we all expect of NHS employees.’

ap, NHS, refuses, to, worker
You may also like: