Nicola Sturgeon is ‘in a muddle’ over Scottish independence, former SNP minister says

Nicola Sturgeon has been accused of being ‘in a muddle’ over Scottish independence after backtracking on a pledge to turn the next general election into a de facto referendum.

Last year, the First Minister vowed to treat the next UK election as an independence vote if the Supreme Court ruled – which it did – that she couldn’t call a poll without Westminster’s consent.

But yesterday the SNP said it will give members two options at a conference in March.

Either, Ms Sturgeon can use a good result at the next general election – which must be held by January 2025 – to pressure No 10 into letting her hold another referendum. 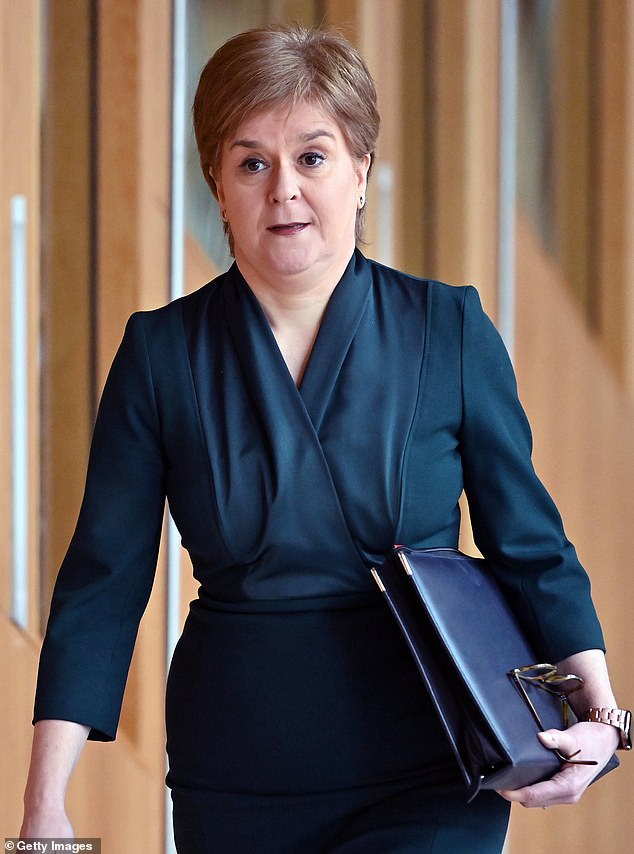 Or, the next Scottish election, due in 2026, would become a vote on independence, The Sunday Times reported.

The watered-down position was described as a ‘muddle’ by former SNP health minister Alex Neil.

Some in the party think a de facto referendum would be a ‘massive gamble’ that risked killing off the independence campaign for a generation.

They also fear it could cost the SNP its position as Scotland’s main party.

Scottish Labour MSP Sarah Boyack said: ‘It’s plain for all to see that Nicola Sturgeon’s daft promise of a de facto referendum is in tatters.’

A referendum on Scottish independence from the UK was held in September 2014, with 55 per cent rejecting separation.