No room for error in hotel quarantine relaunch

Let’s hope it’s third time lucky for Victoria’s hotel quarantine program. If the record so far of the state’s attempts to keep COVID-19 at bay is anything to go by, it will need all the help it can get.

On Thursday, the Andrews government did its best to reassure the public that when international travellers start arriving again in two weeks – the state shut its doors on February 13 – the revamped system and procedures will be fit for purpose. 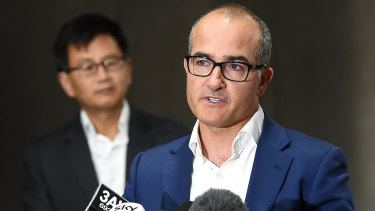 While it is accepted that the first botched attempt at hotel quarantine was largely the fault of rushed execution and a lack of accountability, the revamped program, which began on December 7, was touted by Premier Daniel Andrews as the “most risk averse” in the country.

Just over two months later, following COVID-19 leaks from three hotels in under a month (including an outbreak of the highly infectious UK variant that led to a snap five-day statewide lockdown), hotel quarantine was shut down again. The state government justified the move by saying it needed breathing space to investigate what had gone wrong the second time around.

On the face of it, this would seem a sensible, cautious approach. After last year’s extended lockdowns in Victoria, there is justification for taking a path of low risk. But every other state and territory in Australia has managed to deal with outbreaks and the arrival of the UK variant without resorting to closing its doors to international arrivals. Is it really that hard?

It would appear so, despite all the efforts to revamp the quarantine program based on the extensive investigation and recommendations of last year’s hotel quarantine inquiry.

After the outbreaks earlier this year, COVID-19 Quarantine Victoria commissioned a further three reviews to assess ventilation at the state’s quarantine hotels, the systems and processes in hotels, and the new, more infectious variants of coronavirus. That certainly follows a “leave no stone unturned” modus operandi.

The upside for Victorians is that without international travellers entering, the state is now free of COVID-19 infections. This position has given the government the opportunity to further ease social-distancing restrictions. From 6pm on Friday, along with mask wearing being limited largely to public transport and hospitals, many of the restrictions around crowd capacity have been eased. For those waiting in line to come back to Australia, including international students wanting to attend Australian universities, the return will be gradual.

The quarantine system also comes with an enormous price tag. Earlier this month, the government’s mid-year financial report revealed the cost of entering into 12-month contracts with hotels, transport services and health providers had hit $377 million. For a program that has not taken a passenger in many weeks, it is hardly value for money.

Since the pandemic struck, each state government has been largely judged on its ability to keep its citizens safe from COVID-19. Victoria has had more than its share of problems, mostly related to its lack of ability to contain the virus within hotel quarantine.

It now has another chance. With the vaccine program starting to ramp up, the challenge for hotel quarantine is to keep the community free of outbreaks until enough people have been vaccinated to protect the larger community. There has been no shortage of reviews, inquiries and recommendations. It’s time to put what has been learnt into practice and get it right this time.