Follow
Home » World News » Nobody rushed to get vaccinated in COVID-free Taiwan. Now it’s in lockdown

In March, Taiwan’s karaoke bars were pumping, its baseball stadiums were at 80 per cent capacity and its markets thriving. On Monday, its supermarket shelves had been stripped bare of toilet paper, cinemas shut down and masks made compulsory outdoors. The stock exchange slumped almost 4 per cent, its biggest rout in a year.

For more than 12 months, Taiwan and its world-class tracing and quarantine measures had shut out the virus, limited its impact to 1000 cases in total, fewer than a dozen deaths and no lockdown. 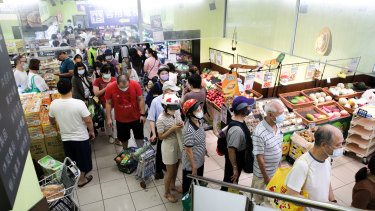 Taipei has urged people not to panic shop as an outbreak shatters Taiwan’s record on fighting the coronavirus.Credit:Bloomberg

Then on April 20, an Indonesian cargo pilot took a flight from Taiwan to Australia and tested positive for COVID-19 when he arrived. Two of his close contacts also tested positive. They had visited busy venues in Taipei and Taoyuan City, including two mosques and a supermarket before becoming symptomatic.

By mid-May, the virus had seeded. Seven cases on May 11 grew to 185 by May 15 and 333 on Monday. The Taiwan Centres for Disease Control has traced the origins of the disease back to the cargo flight. No cases in Australia have been publicly linked to the pilot who, like all other aircrew, was quarantined from the rest of the population.

The seesawing nature of coronavirus containment is familiar elsewhere in Asia, from Japan and Thailand to South Korea. Hard-won freedoms have been snuffed out within days in other nations with strong records of suppressing COVID-19. Many of them, like Australia, have two major factors in common: successful suppression of the virus has been followed by sluggish vaccination strategies.

The contrast draws a stark comparison with the approach of the United States and the United Kingdom – a disastrous initial response has been followed by an aggressive vaccination campaign that has seen large parts of the economy reopen and stay open.

So far, only 1 per cent of Taiwan’s population of 23.5 million has been vaccinated. With COVID-19 almost non-existent until April, large swaths of the public had little incentive to sign up. They wanted to wait and see if there were any side-effects.

The uptake had been so slow that on April 21, 10,000 of the 120,000 doses of the AstraZeneca vaccine that had arrived were made available to everyone over 18, including foreigners. Taiwan has secured about 20 million AstraZeneca and Moderna vaccines, but most are yet to land. 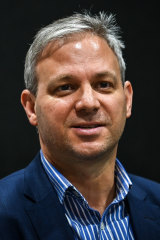 ”The Central Epidemic Command Centre urges individuals in the priority groups under the government-funded vaccination program to get vaccinations as early as possible to build protection,” the government’s health body pleaded on Saturday.

The latest outbreak could help the vaccine rollout. The CDC reported that vaccination spots have now been booked out for the rest of May.

Victoria’s Chief Health Officer, Professor Brett Sutton, does not want Australia to wait to find out what happens if, like Taiwan, it one day loses its “no COVID-19 transmission” status.

On Monday, he also singled out Mongolia, Timor-Leste, Vietnam, Laos and Singapore, which had for months secured the same level of freedom that Australia enjoys today.

“They are now all experiencing outbreaks or established community transmission. Singapore and Taiwan are now going into restrictions or lockdown to get on top of it. Why does this matter? Because we can’t take being free of COVID for granted — especially as variants emerge,” he said on Twitter.

He said it was time for Australia to be more ambitious with its vaccination program.

“Only high levels of vaccination coverage can really help to protect us — something none of these countries have yet to achieve. Singapore is now stepping up vaccination, with a million doses just in the last week. We could do the same if we’re willing.”

But local production in Australia remains elusive as other countries in the region, including South Korea and Singapore, move closer to deals with Moderna and Pfizer.

South Korean President Moon Jae-in is expected to announce a deal to produce Moderna when he visits Washington on Friday. So far only 1 million of the country’s target of 100 million shots have been administered due to supply constraints.

Pfizer’s vaccine partner BioNTech last week announced it would build a huge vaccine plant in Singapore. Both are mRNA vaccines, which Australia still does not have the capacity to produce despite an undisclosed funding commitment in last week’s federal budget.

Singapore added 38 new cases of community transmission on Sunday, the highest number since it was named as the best place in the world to be during COVID-19 less than three weeks ago. On Monday, the city state’s long-awaited quarantine-free travel bubble with Hong Kong, which was to launch on May 26, was again deferred.

“Both sides remain strongly committed to launching the ATB [air travel bubble] safely,” Singapore’s ministry of transport said. “However, in the light of the recent increase in unlinked community cases, Singapore is unable to meet the criteria to start the Singapore-Hong Kong ATB.”

While a quarter of Singapore’s 5.5 million people have been fully vaccinated — the fastest rate in south-east Asia — Singapore’s Health Minister, Ong Ye Kung, said on Sunday the government was considering delaying second jabs to get a wider part of the population covered with at least one shot as soon as possible, particularly those aged under 45.

“We have an expert committee and the evidence, locally and overseas, points towards [it being] reasonable for dose two to be further apart from dose one. So instead of 21, or 28 days or three weeks or four weeks, it can possibly extend to six to eight weeks without materially affecting the efficacy of the vaccine.”

Get, Nobody, rushed, to, vaccinate
You may also like: