North Korea may have photoshopped aircraft into propaganda images

Has Kim Jong Un resorted to PHOTOSHOPPING extra jets into his air force? Experts say display of ‘150 warplanes’ appears to have been digitally altered

Pyongyang said huge live-fire exercises involving 150 jets ‘flying simultaneously for the first time in [our] history’ took place between October 6 and 8, with images released shortly after showing huge numbers of aircraft pulling manoeuvres while watched by Kim himself.

However, Thorsten Beck – an expert in photo analysis at Berlin’s HEADT Centre research institute – said the images appear to have been digitally altered, with individual planes or entire formations of aircraft copied and pasted to give the impression the display was much larger than it was in reality. 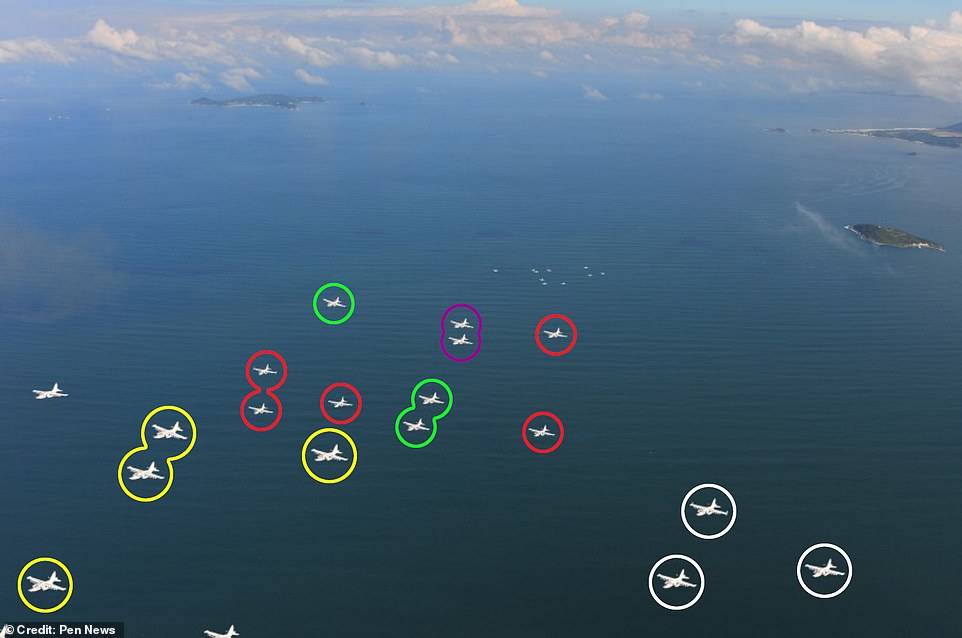 North Korea claims to have held air drills involving 150 planes between October 6 and 8, but analysis of propaganda images suggests aircraft were duplicated to make the exercises appear more spectacular than they were (planes which appear to have been cloned are circled in the same colours) 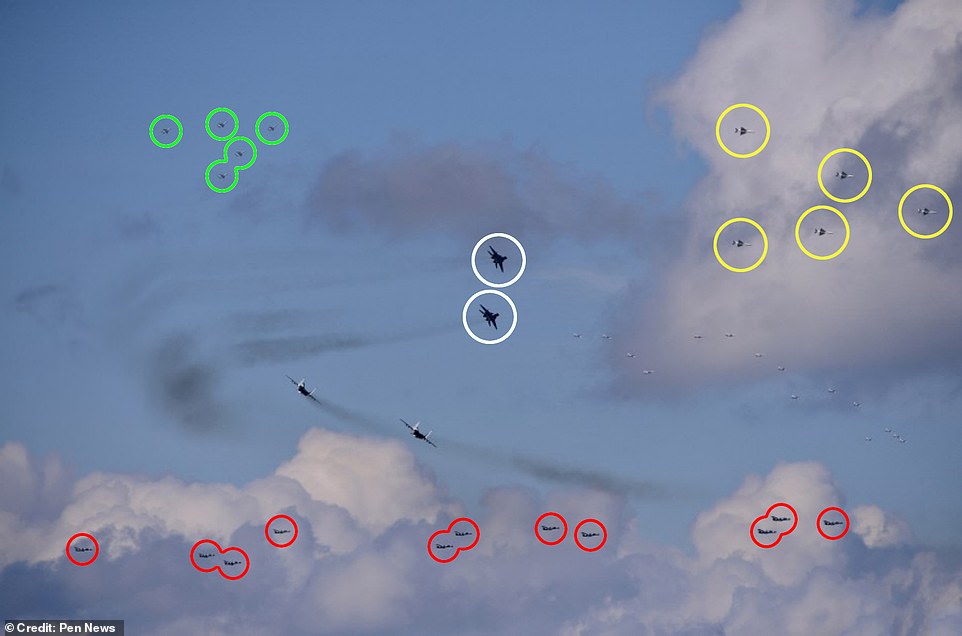 Experts in Germany examined the images by eye and ran them through software designed to pick up clones, then circled the planes which they believe were copied and pasted in the same colour to highlight the manipulation 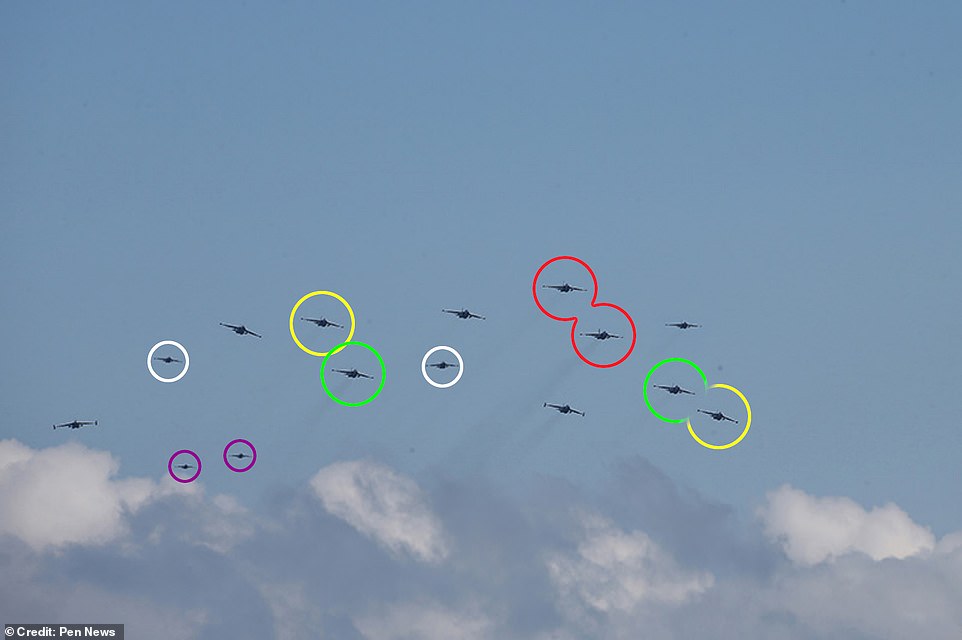 While digital analysts admitted they cannot conclusively prove the images were manipulated, military experts said the formations pictured make no sense – further suggesting that extra planes were added (aircraft which appear to have been digitally cloned and circled in the same colours)

Dr Beck said he examined the images himself and picked up a number of discrepancies, then ran them through software designed to pick up image cloning and found the computer identified many of the same issues.

He said: ‘I think the assumption that, in a number of images, elements have been cloned is correct. Whoever created or manipulated these pictures certainly had some command of Photoshop.

‘It does not look amateurish, but the composition, the purpose and nature of the manipulation speak a different language… They appear somehow too good to be true and that creates a funny effect in some of the images.’

Dr Beck picked out one image, showing 30 warplanes from above, as a prime example. Visual clues of manipulation include the fact that the planes all appear roughly the same size despite them supposedly flying at different heights and distances from the camera – meaning their appearance should change.

Another photo, showing a variety of fighter planes against a dramatic backdrop of clouds, also piqued suspicions.

‘The image looks very artfully composed, almost too good to be true,’ said Dr Beck. ‘In clone analysis you can see which groups show similarity, and my visual analysis largely coincides with this.’

He admitted the charge of digital manipulation cannot be conclusively proven because the photos are relatively low resolution, there is a lack of alternative angles to compare, and metadata that usually accompanies digital photo files has been stripped away – limiting the kinds of analysis that can be done.

Added to which, analysing military formations for duplication is difficult because their deliberately symmetrical nature means photo software can be tricked into identifying them as clones, when in fact they just look similar.

However, additional analysis by other experts suggests the formations themselves don’t make sense from a military point of view – further reinforcing the idea that the pictures have been doctored.

Samuel Archer, a senior military analyst with Aviation Week, said: ‘From the perspective of a military exercise the concentration and volume of aircraft makes no tactical or strategic sense.

‘It strikes me that the only real reason you’d put that many aircraft in flight that close together would be to make it appear in photos that there were far more of them than actually exist.’

Dr Beck added: ‘In summary, copied elements are likely in many of the images – even if visual analysis cannot give absolute certainty.’

The exercises took place last week over the seas near the eastern city of Wonsan.

According to state propaganda, Kim Jong-un afterwards praised the pilots and urged them to ‘discharge their sacred mission of defending the country’.

The pilots – the ones that actually exist – were said to be rapturous in their response.