Follow
Home » World News » Not in our waters: Ardern says no to visits from Australia’s new nuclear subs

Not in our waters: Ardern says no to visits from Australia’s new nuclear subs

Wellington: New Zealand Prime Minister Jacinda Ardern said on Thursday that Australia’s new nuclear-powered submarines would not be allowed in its territorial waters under a long-standing nuclear-free policy. 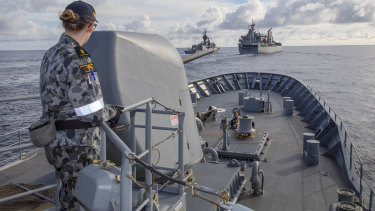 The Indo-Pacific deal is widely seen as a counter to China’s growing influence in the region.

“I discussed the arrangement with Prime Minister Morrison last night,” Ardern said at a news conference.

“I am pleased to see that the eye has been turned to our region from partners we work closely with. It’s a contested region and there is a role that others can play in taking an interest in our region. But the lens we will look at this from will include stability,” she said.

However, Ardern said the nuclear-powered submarines would not be allowed in New Zealand waters under a 1984 nuclear-free zone policy. 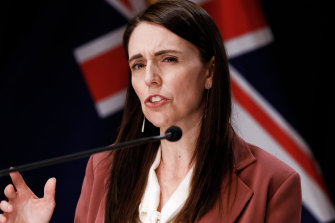 “Certainly they couldn’t come into our internal waters. No vessels that are partially or fully powered by nuclear energy is able to enter our internal borders,” she said.

Ardern said the new Indo-Pacific grouping does not change the security and intelligence ties of New Zealand, which is a member of the Five Eyes, a post-war intelligence grouping that also includes the United States, Britain, Australia and Canada.

“This is not a treaty level arrangement. It does no change our existing relationship including Five Eyes or our close partnership with Australia on defence matters,” she said.

New Zealand was formerly a member of the ANZUS treaty alliance with the US, however its involvement mostly ended in the 1980s when it declined to accept US nuclear-powered vessels in New Zealand waters. Australia has maintained closer defence ties with the US since. 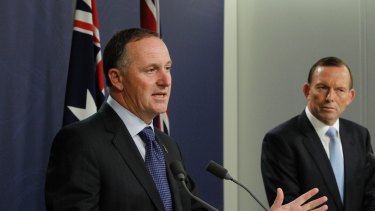 Biden said the US would continue to work with the “five treaty allies” – a reference to the Five Eyes arrangement and its offshoots – and “other close partners in the Pacific”.

Ardern, who is in her second term in office, has looked to focus on a more independent foreign policy that is not loyal to any major bloc.

Foreign Minister Nanaia Mahuta has said she was uncomfortable with expanding the role of the Five Eyes, drawing criticism from Western allies who said New Zealand was reluctant to criticise China due to its trade ties.

The AUKUS deal means that Australia is only the second country the US has shared it nuclear submarine secrets with, after the UK received access in 1958. Six countries have nuclear-powered submarines, including Russia, France, China and India.

The pact will also encompass defence and foreign policy meetings, and co-operation in cybersecurity, artificial intelligence, and other emerging technologies.