Now Amazon workers go on strike! Workers to walk out on January 25

Now Amazon workers go on strike! Workers at fulfilment centre in Coventry will walkout over pay on January 25 in last action during month of walkouts

The first ever strike by UK workers at online giant Amazon is to be held later this month, it has been announced.

Members of the GMB union based at a Coventry warehouse will walk out on January 25 in a dispute over pay after voting in favour of taking industrial action.

‘They’ve shown they’re willing to put themselves on the line to fight for what’s right. 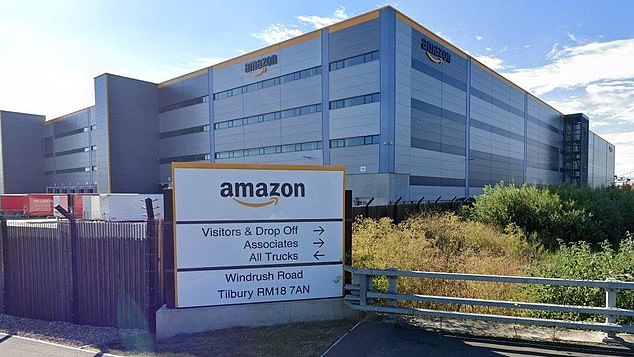 ‘But people working for one of the most valuable companies in the world shouldn’t have to threaten strike action just to win a wage they can live on.

Warehouse operatives for Amazon are currently being recruited for wages of £10.75 an hour, which equates to nearly £21,000 per annum for those working 37 and a half hours a week. Operatives also have the option of working overtime.

An Amazon spokesman said: ‘We appreciate the great work our teams do throughout the year and we’re proud to offer competitive pay which starts at a minimum of between £10.50 and £11.45 per hour, depending on location.

‘This represents a 29 per cent increase in the minimum hourly wage paid to Amazon employees since 2018. Employees are also offered comprehensive benefits that are worth thousands more—including private medical insurance, life assurance, subsidised meals and an employee discount, to name a few.’

The walkout by Amazon workers comes amid a winter of discontent, with Britons braced for one of the country’s most disruptive days of strike action ever tomorrow.

Just one in ten train services will run on ‘Tragic Thursday’, forcing commuters to endure the worst single day of strike action in a working week for decades.

Tomorrow’s strike is compounded by the walkout of 21,000 workers from Aslef, on top of the continuing strike action by the RMT on Tuesday, Wednesday, Friday and Saturday this week – with few drivers expected to cross picket lines.

Insiders say it is the biggest disruption for commuters since the days of British Rail, The Telegraph reports.

Transport Secretary Mark Harper insisted to union leaders that there is ‘not a bottomless pit of taxpayers’ money’.

He said: ‘Taxpayers have paid a huge amount of investment into the rail industry over the last few years when it was hit with a huge impact from the pandemic when people weren’t travelling. 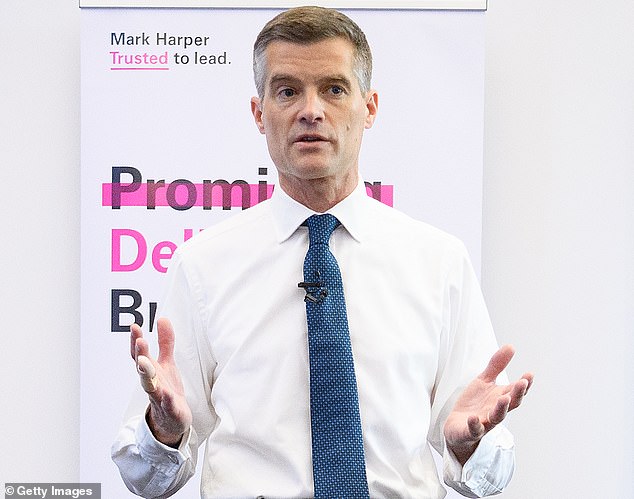 ‘I think you have got to have an offer that is both fair to the people working in the industry but that is also fair to the taxpayer that is picking up the tab.’

The Centre for Economics and Business Research says strikes this week will cost the economy £330million, bringing the overall cost of industrial action to £1.3billion since last July.

No wonder workers are backing him! Strikes could see banking and City staff happily WFH PERMANENTLY, experts warn – as Mick Lynch boasts ‘we’re getting massive support’ for walkouts that are crippling economy 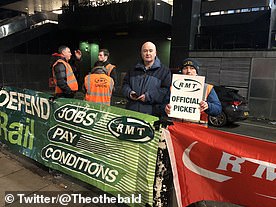 Network Rail is said to have a skeleton team of contingency signal workers on strike days, allowing one in five services to operate during RMT’s previous strike days.

But with significantly fewer contingency drivers available, timetables look set to slashed even further. There will be no train services to southwest England beyond Plymouth, while Scottish journeys will stop 18 miles north of Edinburgh.

Among the stations expected to be left without any services this week are Aberdeen, Penzance and Gloucester.

Passengers have been warned to avoid rail travel for the first week of 2023.

RMT boss Mick Lynch has accused ministers of ‘undermining efforts to get a settlement’ and added that an agreement was ‘torpedoed’ last month.

Mr Lynch yesterday raised the prospect of walkouts dragging on until May, when the RMT’s current strike mandate expires, as 40,000 of his members walked out for the first of two 48-hour strikes this week.

But he also said a deal was possible within ‘the next few days’, while Network Rail’s chief negotiator said an agreement was potentially within ‘touching distance’.

New details emerged showing the offer on the table is worth 14 per cent over two years for the lower paid among Mr Lynch’s members – 2.5 per cent a year higher than what most nurses have been offered.