Nine out of 10 Australian jobs lost during the coronavirus pandemic had been recovered ahead of Christmas but economists and trade unions warn the end of government support such as JobKeeper will challenge the recovery.

The national unemployment rate fell 0.2 percentage points to 6.6 per cent in December after 50,000 jobs were added in the month, Bureau of Statistics figures show. 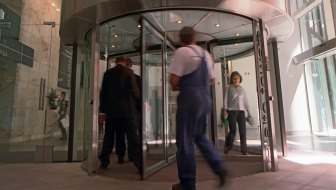 Most Australian jobs lost during the pandemic were recovered before Christmas, but NSW bucked the positive trend.Credit:Andrew de La Rue

However, NSW bucked the positive trend, shedding 17,100 jobs in December with women’s employment accounting for more than two-thirds of the decline.

The NSW unemployment rate has fallen from a peak of 7.2 per cent in July to 6.4 per cent in December but the total number of jobs in the state is still 51,000 lower than before the onset of the pandemic.

Queensland (+36,600) and Victoria (+14,600) had the biggest employment gains last month as the economy continued to rebound after the disruptions caused by the pandemic.

Nationally, the number of hours worked edged higher in December but recovery in that indicator has been slower than the recovery in overall employment.

EY chief economist Jo Masters said the jobs-led recovery was well under way, continuing a string of positive signals the market is recovering.

"As government income support tapers over the coming months, the labour market will need to continue this momentum for household incomes to remain elevated and household consumption to be the backbone of the current economic recovery," Ms Masters said.

The national unemployment rate peaked at 7.5 per cent in the middle of last year as coronavirus lockdowns caused businesses to shut down. It meant that, for the first time on record, more than 1 million workers were left unemployed as the country fell into recession.

However, the jobs figures have been improving steadily since. While there were COVID-19 outbreaks over the Christmas and new year's period, which will largely show up in next month's jobs data, the virus's effects on the economy have been mitigated by government stimulus programs, including the JobKeeper wage subsidy scheme, which is due to finish at the end of March.

Australian Council of Trade Unions president Michele O'Neil said 2 million people were still looking for a job or for more hours, with sectors such as tourism, aviation and universities struggling.

"It is more important than ever for the government to look after working people, not set them back by cutting JobSeeker payments and ending JobKeeper," she said.

Australian Council of Social Service acting chief executive Edwina MacDonald said 1.5 million people were on unemployment benefits and needed a permanent boost to the dole to remain afloat as the recovery continues.

"We know that, for every job vacancy, there are nine people looking for a job or more hours, and that this is even worse in many regional areas," she said.

“With JobKeeper payments ending on March 28, 2021, the NSW economy needs to be firing on all cylinders now, otherwise the JobKeeper March cliff will hurt families and the NSW economy,” he said.

Start the day with major stories, exclusive coverage and expert opinion from our leading business journalists delivered to your inbox. Sign up for the Herald‘s here and The Age‘s here.

Christmas, jobs, lags, NSW, surge
You may also like: