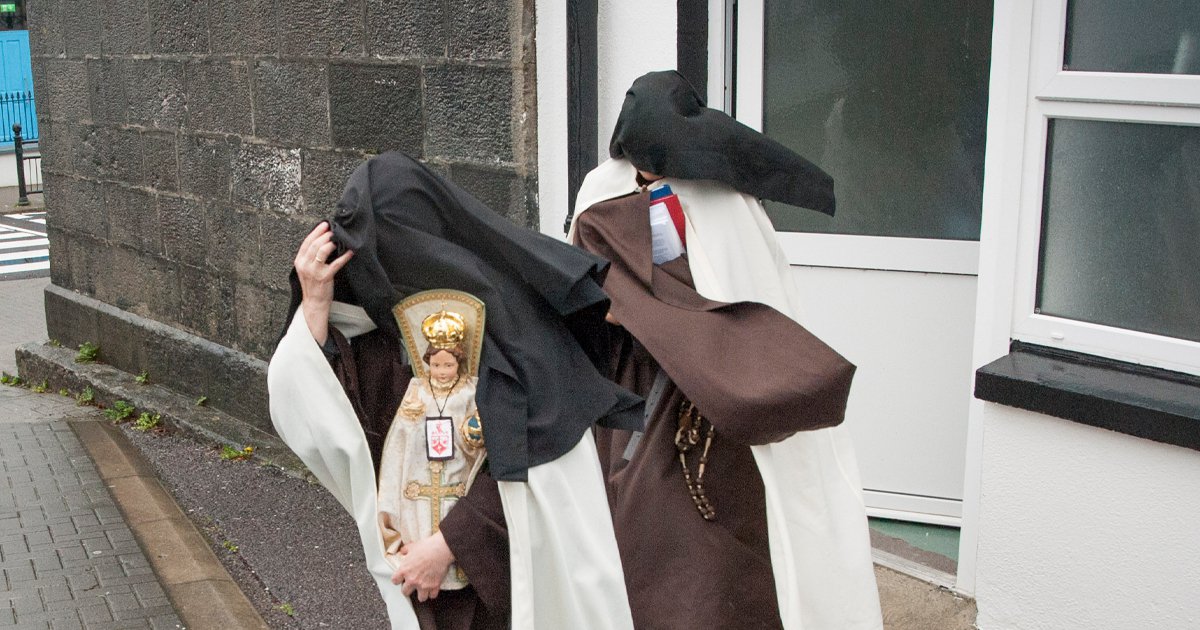 Two rebel nuns have defended their actions after seemingly breaking coronavirus lockdown rules to go to an exorcism.

Mother Irene Gibson and Sister Anne Marie attended the exorcism of the Dáil before a traditional Latin Mass outside the Irish Parliament in Dublin on December 8.

A video was posted online which shows the exorcism in Herbert Park.

The event attracted around 70 people – despite outdoor gatherings at the time being limited to 15 and travel between counties in Ireland was banned.

The Mass was said by Father Giacomo Ballini, who told the crowd: ‘No human power can take away the right to say Mass’.

They have since declared a ‘spiritual war’ on the ‘children of darkness’ who criticised their venture.

It comes as the ‘Carmelite Sisters of the Holy Face of Jesus’ have been ordered to leave their retreat, in Cork, over a breach of planning laws.

Supporters have donated more than £63,000 on their GoFundMe page to help them move to a new retreat.

Mother Gibson wrote: ‘Praised be Jesus Christ! We have good news to share with you all!

‘Your outstanding charity toward our needs has finally made it possible for us to purchase some property.

‘How has this been possible when the children of darkness have done their utmost to try and crush us?

‘By spreading lies on local West Cork newspapers, on social media, and filing complaints about our fundraising campaign to local authorities, they have tried to prevent you, our benefactors, from helping us achieve our goal.

‘Yet as Holy Scripture tells us, the light shines in the darkness, and the darkness did not overcome it. Cf. John 1:5. No matter how deep the darkness, it is never able to extinguish a light.’