A scare actor wielding a real bowie knife as a prop at a seasonal haunted house in Ohio accidentally stabbed an 11-year-old boy’s foot last weekend, police said, according to reports.

The alleged stabbing occurred when the boy was about to enter the 7 Floors of Hell haunted house at the Cuyahoga County Fairgrounds in Berea, Ohio, last Saturday, according to FOX 8 in Cleveland.

The actor, 22, approached the boy, attempting to stab the ground as a scare tactic, but accidentally cut through the child’s shoe, piercing a toe, police said. 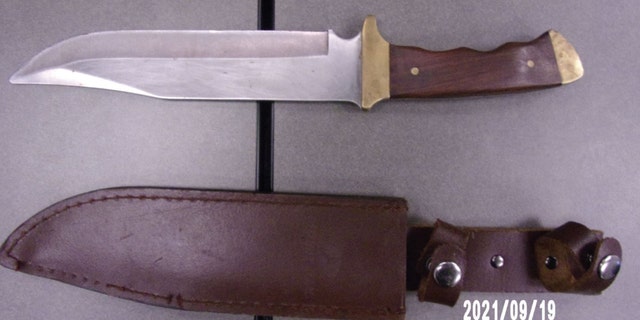 The boy’s mother was called and he was treated at the scene. He refused further medical attention and was determined to continue through the haunted house, according to Cleveland.com.

The actor admitted to police that he bought the knife in his personal capacity and agreed it “was not a good idea” to use it in his job and said he didn’t mean to hurt anyone, FOX 8 reported.

The haunted house had supplied prop knives for actors, but he chose not to use one.

Police confiscated the knife, which will be returned to the actor once the investigation is finished, according to Cleveland.com.

No arrests have been made in the incident.

Accid, Actor, haunted, house, ohio
You may also like: