Leading Old English sheepdog breeder is ordered to pay £2,700 to buyer who forked out £30,000 on vet bills for puppy with genetic hip condition and diabetes

A leading pedigree dog breeder has been ordered to pay a buyer £2,700 after an Old English Sheepdog she sold had health problems.

Anette Aldridge-Pendragon, who has shown at Crufts, flogged eight-week-old bitch Lady to Judy Coom for £1,000.

But Ms Coom, 69, an antiques dealer, claimed she had spent £30,000 on the dog after finding it had an issue with its hips.

Lady also had a problem causing her to ‘excessively urinate’, which added to the buyer’s vet bills.

Ms Aldridge-Pendragon had offered her a full refund if she returned the dog, but Ms Coom instead took it to the vets.

She later took the breeder to court, claiming damages under the Consumer Rights Act 2015 and said her pet was faulty ‘goods’ that entitled her to a ‘repair’.

She argued before a judge at Merthyr Tydfil County Court the dog should have been ‘free from minor defects’ and was not ‘of sufficient durability’.

Last August, Deputy District Judge Wilson handed her a damages payout after finding Lady was ‘not of satisfactory quality’ due to her latent hip problem.

Ms Aldridge-Pendragon had argued ‘it was impossible to give a guarantee against genetic conditions in animals’.

The judge awarded her money back, plus a damages payout of around £3,000 to cover the uninsured part of her vet bills for the hip condition.

But now another judge has slashed the damages after the breeder appealed. 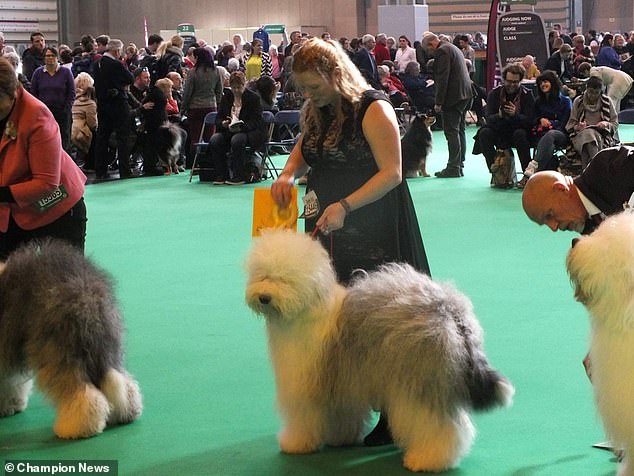 Anette Aldridge-Pendragon, who has shown at Crufts (pictured), flogged eight-week-old bitch Lady to Judy Coom for £1,000 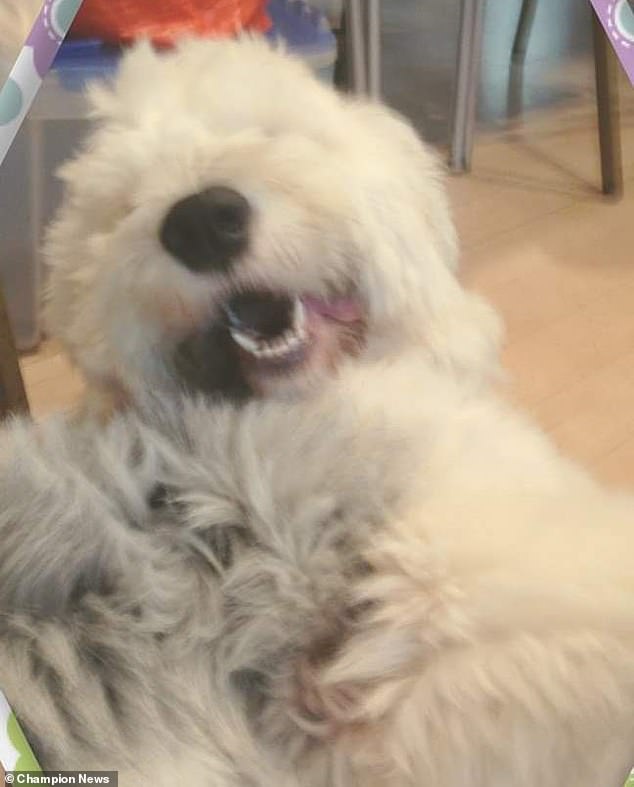 Lady (pictured) also had a problem causing her to ‘excessively urinate’, which added to the buyer’s vet bills

The judge said the buyer had no right to compensation for vets’ bills she ran up after refusing the seller’s offer to take the dog back.

A Kennel Club-registered pedigree Old English Sheepdog puppy can sell for around £3,000.

But Lady was cheaper because her mother was not registered as quality breeding stock and Lady came from an ‘accidental’ mating, which Ms Coom was aware of.

Lady turned out to have diabetes insipidus, a disorder of the pituitary gland, said Judge Andrew Keyser QC in his judgment on Ms Aldridge-Pendragon’s appeal.

The ‘lifelong’ condition, which can be managed by medication, causes urine to be very dilute and symptoms can include ‘excessive urination and drinking’. 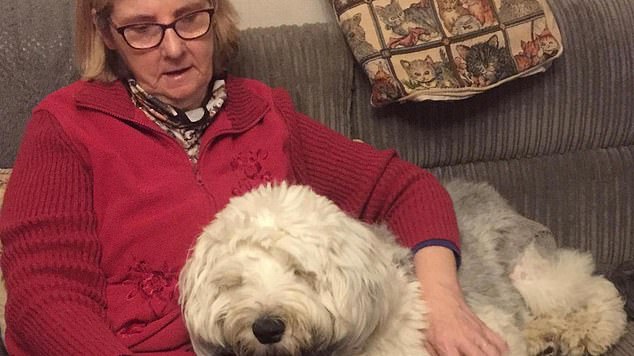 Ms Aldridge-Pendragon had offered her a full refund if she returned the dog, but Ms Coom (pictured with Lady) instead took it to the vets

Lady ‘first showed signs of inappropriate urination’ just a month after the sale, an expert told the court.

She also turned out to have hip dysplasia, a hereditary condition which causes a puppy’s hip joints to develop abnormally.

Ms Aldridge-Pendragon, who has been breeding Old English Sheepdogs for over 25 years, did not know about the hidden conditions.

But when the customer complained and she offered to take the dog back and give a full refund, Ms Coom refused, saying ‘she was attached to her pet’.

She went on to have over £30,000 in vet work done to ‘fix’ the dog and claimed the portion of that not covered by her pet insurance back from the breeder, plus costs.

But Judge Keyser cut the damages payout to just £83, on top of the refund, saying Ms Coom should have taken up the offer to give the dog back.

The breeder’s lawyers argued ‘in the case of a living thing, such as a puppy, there could be no guarantee that the goods were free of all and any undetected constitutional defects and health problems.’ 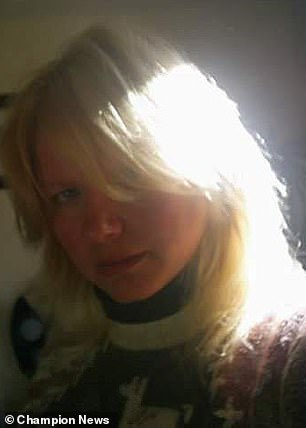 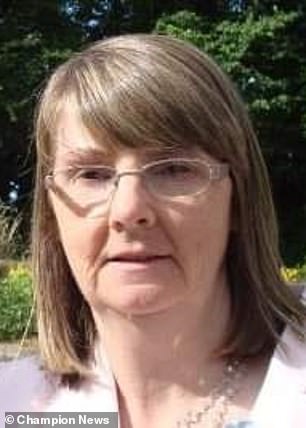 Ms Aldridge-Pendragon (left), who has been breeding Old English Sheepdogs for over 25 years, did not know about the hidden conditions. But when the customer complained and she offered to take the dog back and give a full refund, Ms Coom (right) refused, saying ‘she was attached to her pet’

That argument was rejected, but the judge also found Ms Coom did not have the right to ‘repair’ the dog at that cost, then claim from the seller.

He said: ‘The consumer’s right to repair…is not a right to carry out a repair, but a right to have a repair carried out by the trader.

‘In my judgment, the reasonable course for Ms Coom was to exercise her statutory right to reject Lady.

‘She would, anyway, have avoided substantial expense that was quite out of proportion to the value of the dog.

‘Ms Coom complains that Ms Pendragon did not offer her anything amounting to compensation for the expenses she had already incurred.

‘It does not mean that she was right to insist on retaining Lady and to fail to exercise her statutory rights.

‘Ms Coom… says that she was attached to her pet. That may be so, but I do not accept that it made it reasonable to retain the animal at an expense that was disproportionate to its value and that she is most unlikely to have considered incurring without recourse to insurance and to a third party to pick up the bill.’

The judge said Ms Coom was entitled to £83 compensation for her portion of the vets’ bills which had been run up at the point that she should have returned the dog, but not for any subsequent vets’ bills.

But she will also still get back the £1,000 she paid for the dog and the judge left the award of costs unchanged.

A finding of ‘misrepresentation’ against Ms Aldridge-Pendragon in relation to her knowledge of the risk of the dog developing hip issues was also overturned by the judge.

He said there had never been any finding of dishonesty against either party.

Breeder, english, Old, sheepdog, t
You may also like: