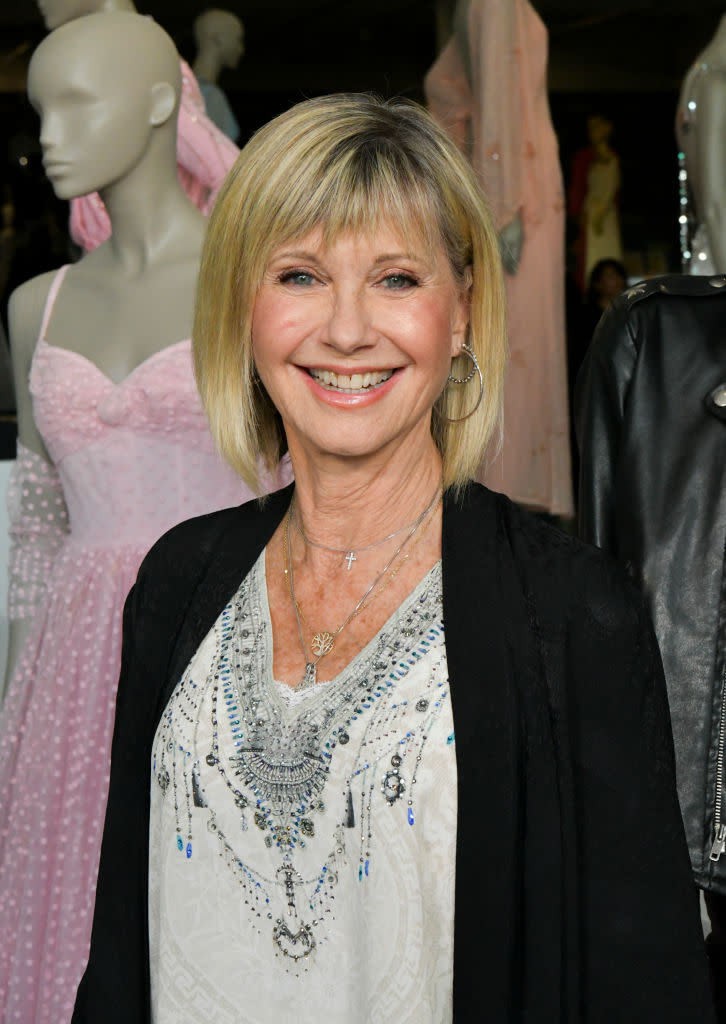 Olivia Newton-John fans were left unhappy with Monday’s Emmy Awards, after the Grease star, who died Aug. 8 at 73, following a long struggle with breast cancer, was not included in the annual tribute to TV stars who died in the past year.

And they quickly made it known on social media.

No tribute for Olivia Newton-John???

OLIVIA NEWTON-JOHN NOT BEING INCLUDED??? EXPLAIN YOURSELVES #EMMYS

Wait did the Emmy’s not acknowledge the passing of Olivia Newton John?!? I still feel like she should still have been mentioned even if she didn’t win an Emmy in her lifetime or maybe that’s just me?!

On Thursday, her longtime publicist, Michael Caprio, told TMZ that he was, as the outlet put it, “personally very disappointed by the snub.”

As he pointed out, the star had numerous credits in TV, including acting work in TV movies, such as A Mom for Christmas (1990) and, in 1998, The Christmas Angel: A Story on Ice. She appeared on shows such as Murphy Brown, RuPaul’s Drag Race, Bette and Dancing with the Stars, often as herself. Not to mention all those music videos, which included Emmy darling Glee‘s 2010 take on her hit “Physical” — itself one of the pioneering heavy-rotation videos that helped launch MTV.

According to the Television Academy’s website, in 1980, her TV special Olivia Newton-John: Hollywood Nights even won an award for Outstanding Video Tape Editing for a Limited Series or a Special.

A short bio of the star is featured on the same website’s In Memoriam section, an expanded version of what we see on TV. “Established in 2009, this database includes the name, date of passing, and links to other information for the men and women who were included in the televised In Memoriam segment, as well as many others who were not,” the official description reads. “The Television Academy hopes this database will provide a venue for the acknowledgment of the television community as a whole.”

Newton-John was one of several people that viewers missed seeing in this year’s roundup. They also called out producers for failing to recognize the deaths of comedian Norm Macdonald — who was actually honored at last year’s show — as well as William Hurt, Meat Loaf and Friends‘s James Michael Tyler.

While her death wasn’t formally recognized at the Emmys, Newton-John’s many friends in Hollywood, including John Travolta, Barbra Streisand and Dionne Warwick, celebrated her when she died.