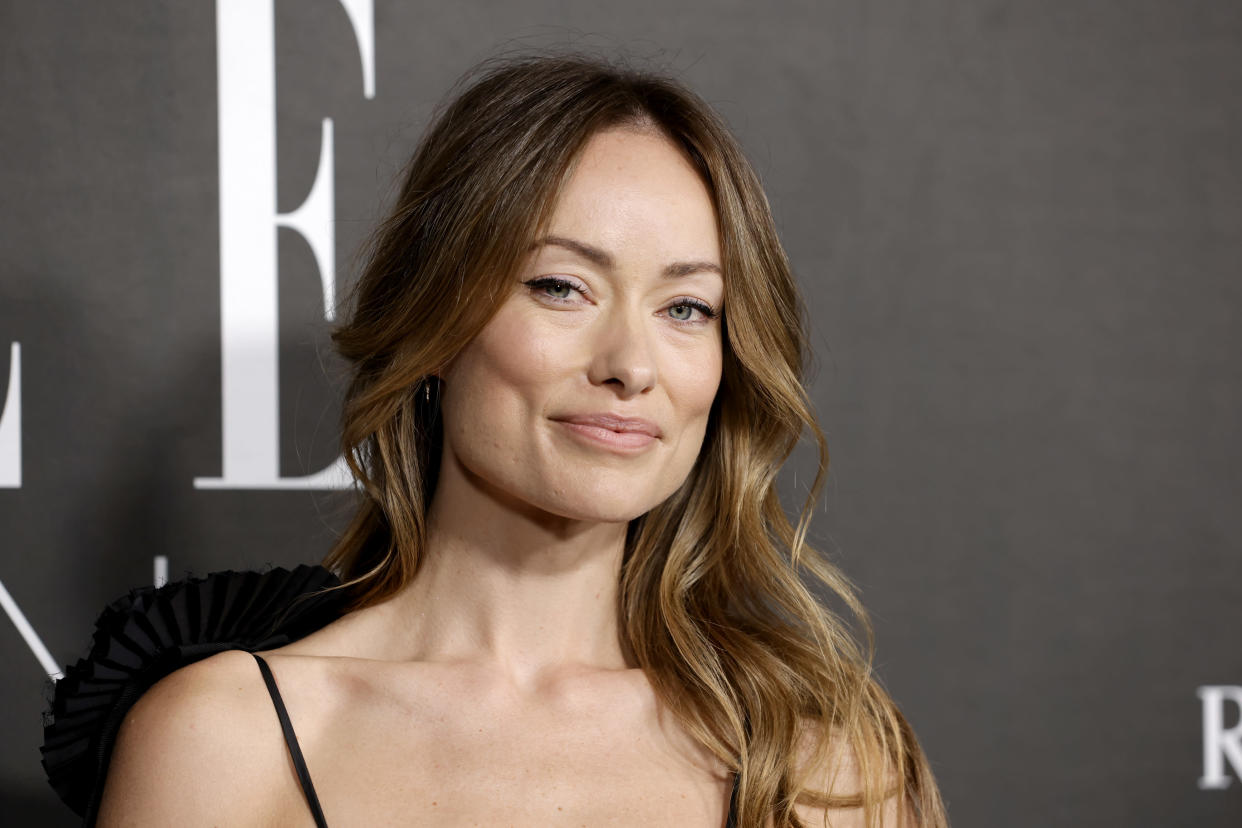 Olivia Wilde is giving the people what they want — and in this case it's a vinaigrette salad dressing recipe.

Wilde and ex Jason Sudeikis's former nanny claimed this week that salad dressing triggered an explosive fight between the former couple. Wilde made her "special dressing" and was bringing the salad to Harry Styles, it is alleged, whom the director had cast in Don't Worry Darling. the Ted Lasso star became upset and tried to prevent her from leaving the house to see Styles, who is now Wilde's boyfriend.

Since then, social media has been chattering about the "special dressing" involved in this love triangle — and trying to figure out the recipe. On Tuesday night, Wilde herself served up a recipe — to the delight of the internet. In her Instagram Stories, the actress and director posted a page from Nora Ephron's 1983 autobiographical novel Heartburn, which was based on the When Harry Met Sally's writer's marriage to and divorce from second husband Carl Bernstein, which included the recipe for a "very strong vinaigrette." 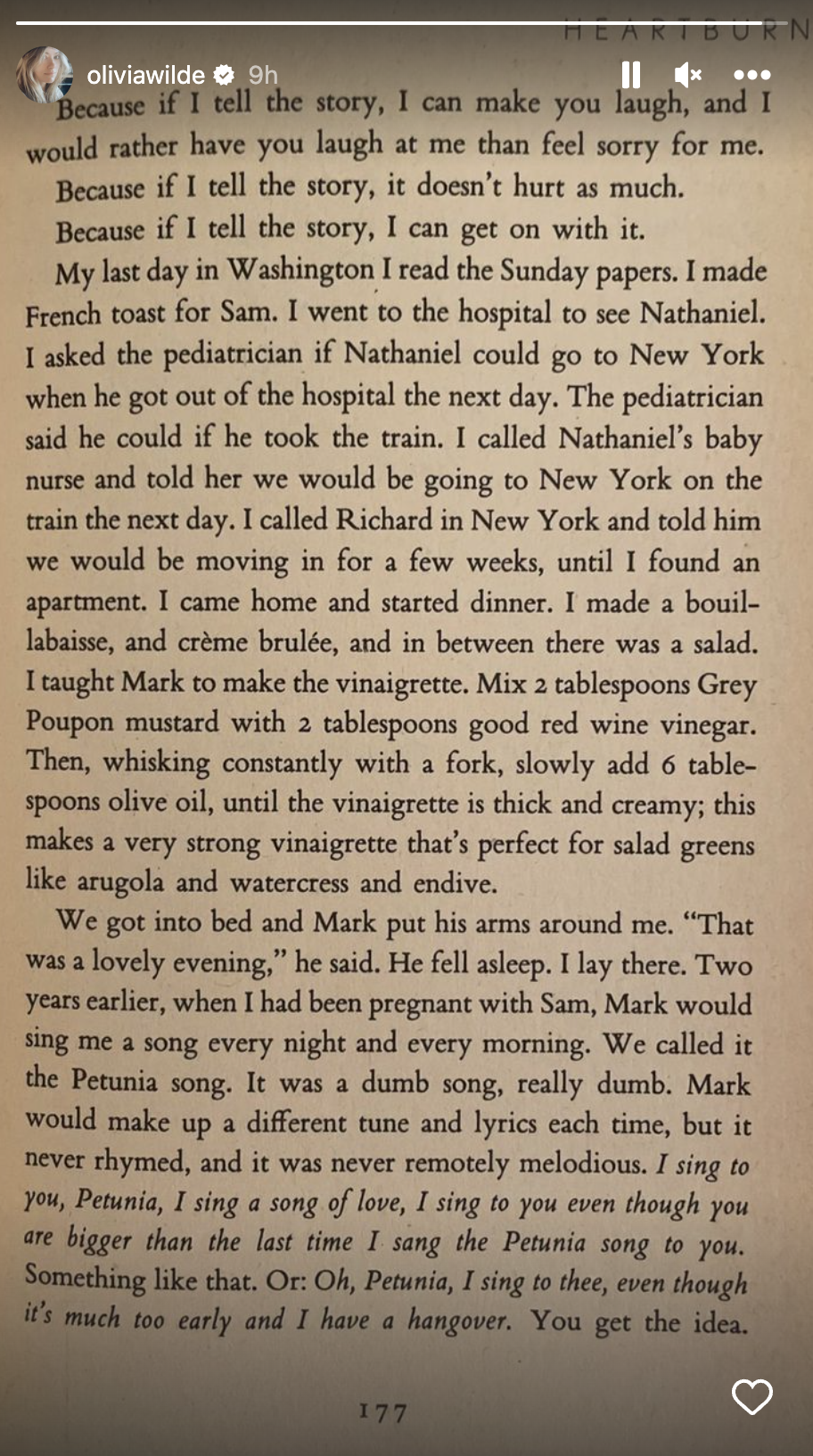 On Monday, a former nanny employed by Wilde and Sudeikis to look after Otis, 8, and Daisy, 6, claimed in an interview with the Daily Mail that the pair had a huge blowout fight on Nov. 15, 2020 after he saw her making her salad dressing for the pop superstar who had been cast in her movie.

The nanny, whose name was not revealed, said, "Jason told me: 'She made this salad and she made her special dressing and she's leaving with her salad to have dinner with [Harry]."

Wilde and Sudeikis, who have had a contentious split, issued a rare joint statement slamming the nanny's untruths.

"As parents, it is incredibly upsetting to learn that a former nanny of our two young children would choose to make such false and scurrilous accusations about us publicly," they said. "Her now 18-month-long campaign of harassing us, as well as loved ones, close friends and colleagues, has reached its unfortunate apex," they continued. "We will continue to focus on raising and protecting our children with the sincere hope that she will now choose to leave our family alone."

Despite their statement, the internet has been obsessed with finding the salad dressing recipe. People have scoured past interviews Wilde has done in which she talked food and made memes.

One can't help but think Wilde saw the viral social media comment from Bizzy Emerson, later shared by Comments by Celebs, which said, "If I was Olivia Wilde, I would post the salad dressing recipe to my Instagram story and then turn off my phone," because that's pretty much what she did.

Wilde and Sudeikis started dating in 2011, became engaged and then it was reported that they split in November 2020 — around the time of the salad dressing fight. However, Wilde has maintained that it's a "complete horses***" that she "left Jason for Harry… [My] relationship [with Jason] was over long before I met Harry… We officially dissolved the relationship towards the beginning of the pandemic. We were raising two kids during lockdown, so we co-parented through that time. Once it became clear that cohabitating was no longer beneficial for the children, it became the responsible thing to not, because we could be better parents as friends who live in different houses."