MORE than half of older adults had immunity against Covid by mid-February, official stats show.

Research by the Office for National Statistics shows 56.4 per cent of over-80s in England had protective antibodies against coronavirus by February 11. 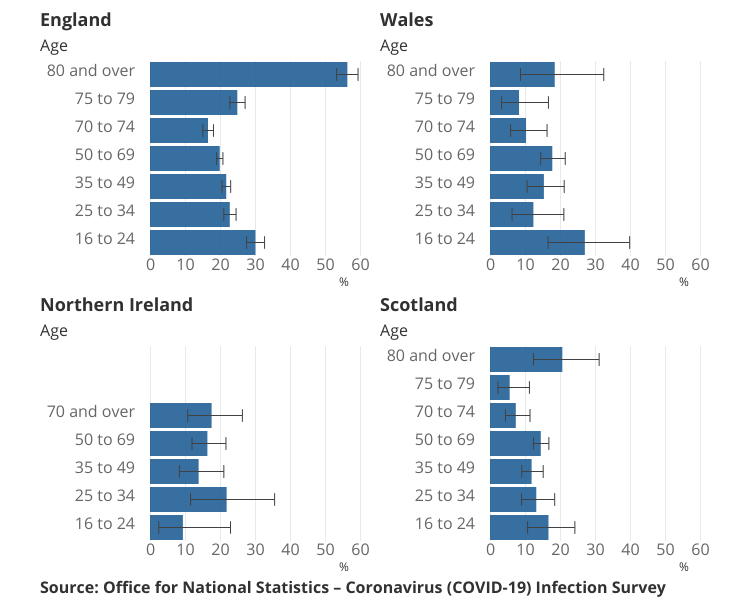 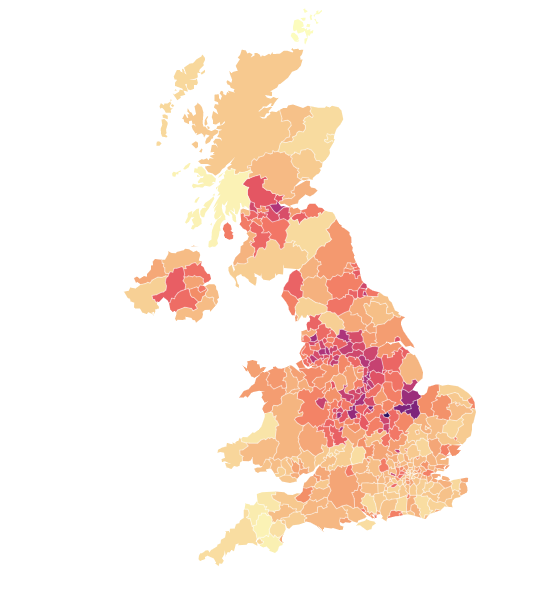 It is more than double the wider population, with 23.5 per cent showing signs of immunity.

Experts say it's most likely down to the success of vaccines, combined with the most recent surge in cases, as Covid antibodies normally appear in the blood around two weeks after infection or vaccination.

Sarah Crofts, Senior Statistician for the Covid-19 Infection survey, said: “We’re seeing an increase in the number of people who now have Covid-19 antibodies across the UK, this is in line with what we would expect at this stage in the pandemic, as more people have had the virus following a period of high infection rates and the vaccination programme.

“The success of the vaccination rollout is likely having an impact on antibody levels, with older age groups prioritised for vaccination reporting high levels of antibody positivity in England."

It comes as separate figures show that more than seven million people are living in areas where there are "close to zero" cases of Covid. 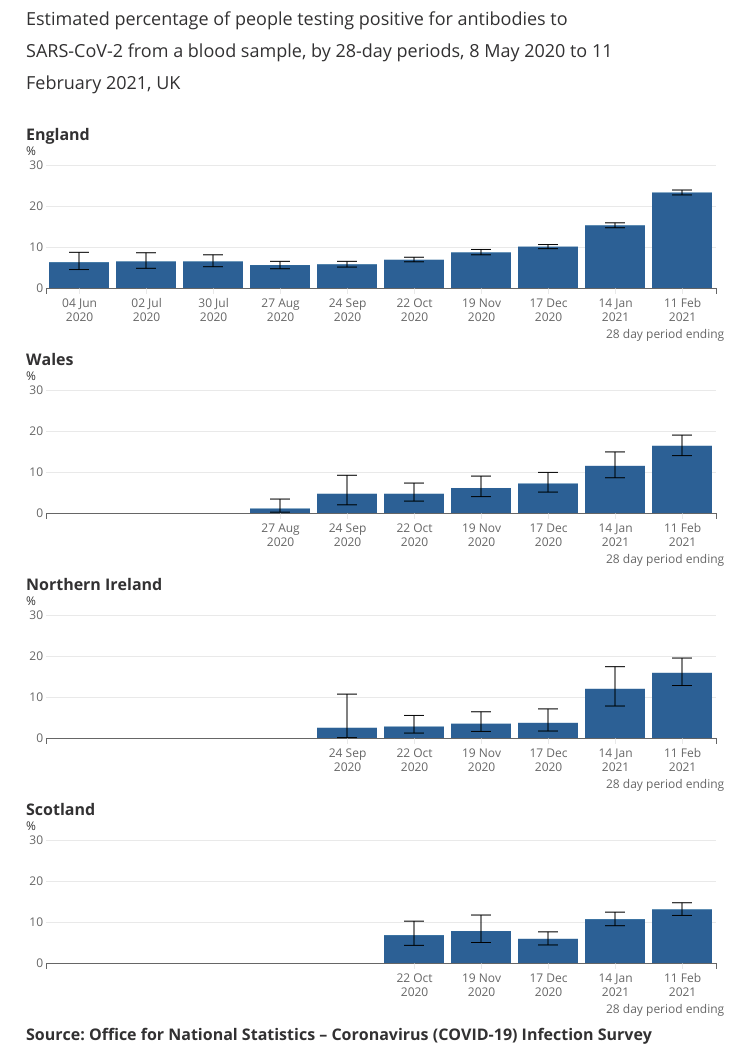 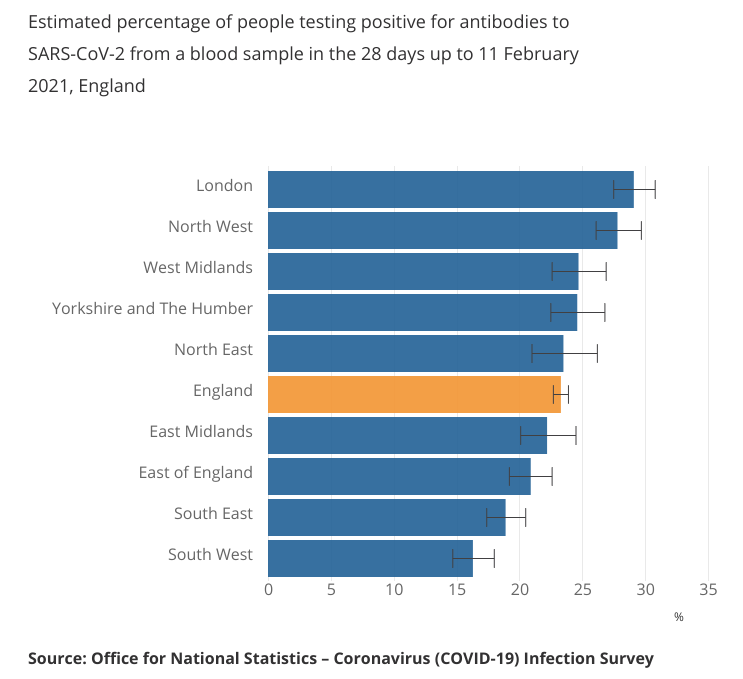 Latest Government data reveals that 971 of 6,791 local areas across the country recorded fewer than three cases in the week up to February 23.

The Department of Health refuses to release numbers below three as it could lead to identification of patients.

An estimated 7.3 million people live in those places which is around 13 per cent of the population, the Telegraph reported.

Devon and Cornwall are the counties with the most districts reporting three or fewer cases, with the North West having the most new cases.

He told the Commons: "This morning, the Office for National Statistics published new data on the levels of protection people have.

"They show that up to February 11, one in four people are estimated to have antibodies against coronavirus in England, up from one in five.

"The levels are highest in the over-80s, the first group to be vaccinated, showing again the protection from the vaccine across the country." 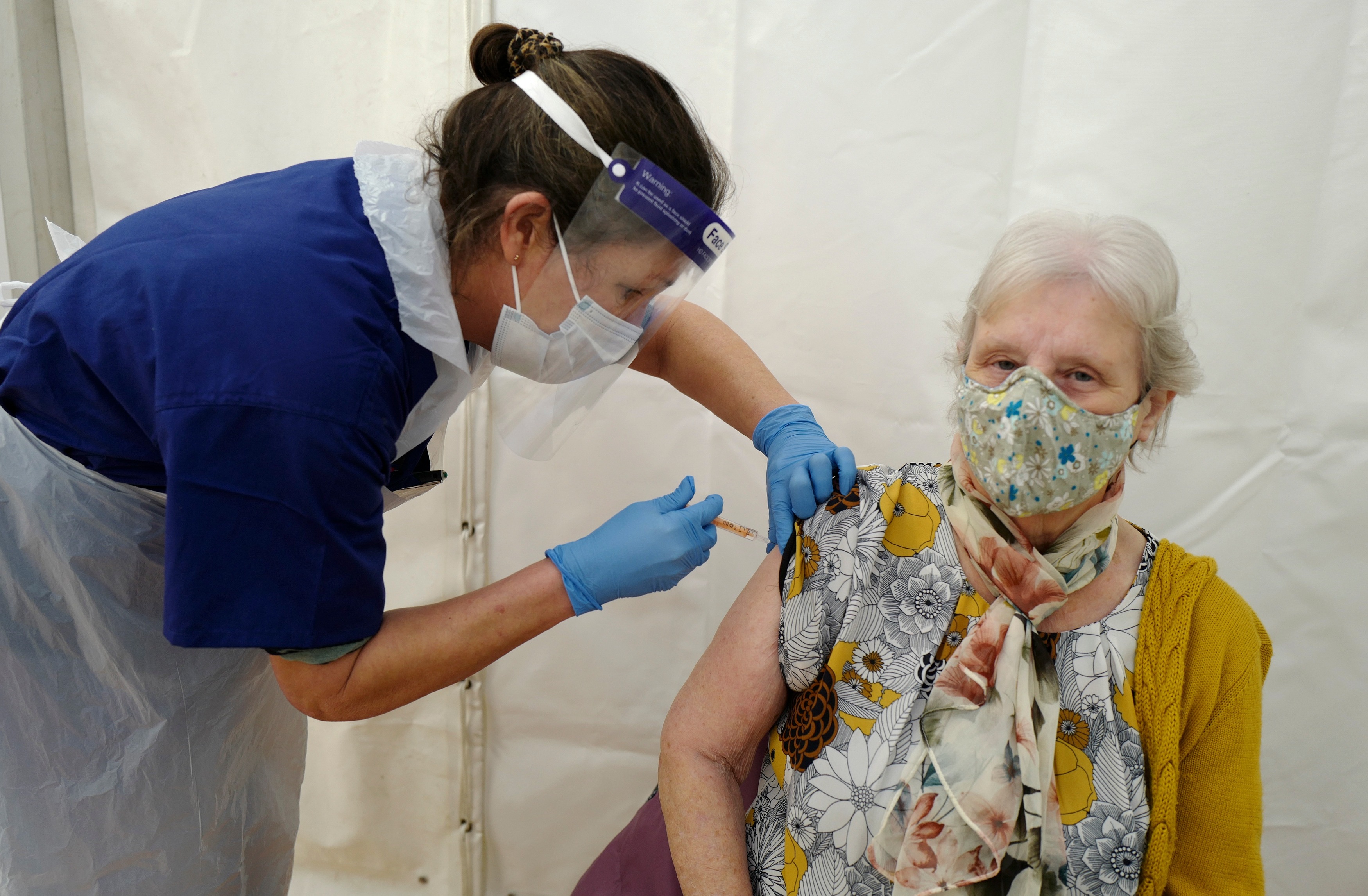 People aged 80 and over were among the earliest groups to receive the Covid-19 vaccine, with first doses being offered from early December.

These latest estimates do not include people in hospitals, care homes or other institutional settings.

As care home residents were also among the priority groups for the vaccine, the true figure for antibodies among those aged 80 and over may be different, the ONS said.

In Wales, an estimated 18.5 per cent of people in private households aged 80 and over were likely to have tested positive for Covid antibodies in the 28 days to February 11, while in Scotland the estimate is 20.7 per cent. 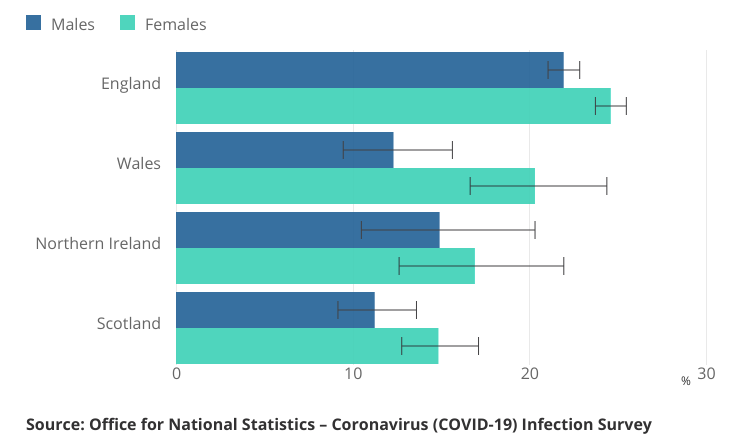 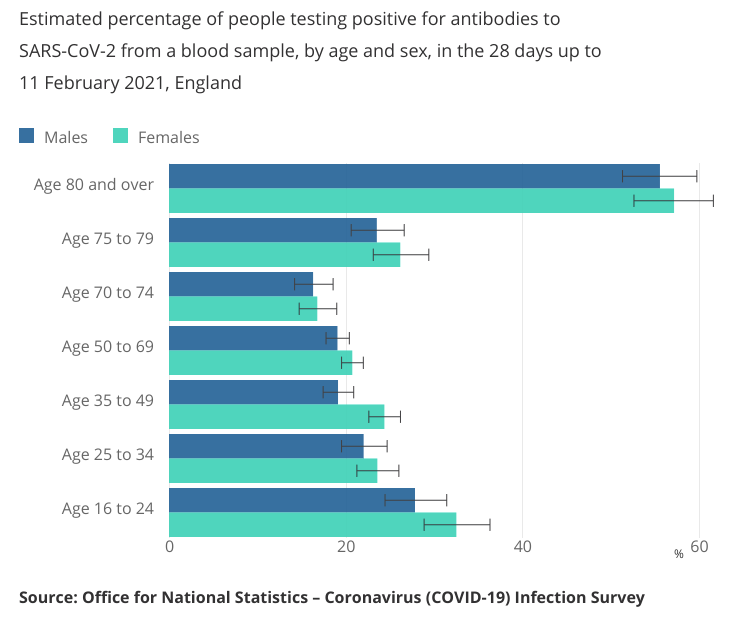 In Northern Ireland, the ONS uses different age groups due to small sample sizes, and estimates 17.6 per cent of people aged 70 and over were likely to have tested positive for antibodies in this period.

Among all age groups in private households, an estimated one in four people in England were likely to have tested positive for Covid antibodies in the 28 days to February 11, up from one in seven in the 28 days to January 14.

London continues to have the highest level of antibody positivity among the regions of England, with an estimated 29.1 per cent for the 28 days to February 11, while south-west England has the lowest at 16.3 per cent.

It comes as the head of the Oxford vaccine group says European leaders should take note of the jab's success.

Professor Andrew Pollard said real-world data on the effectiveness of the Oxford immunisation in older Brits is "stunning".

A study from Public Health England (PHE), published last night, found that protection against developing symptomatic Covid in the over-70s was around 60 per cent for both Oxford and Pfizer after a single dose.

It also showed that among the over-80s the vaccines offered more than 80 per cent protection against hospital admission.

Prof Pollard told BBC Radio 4's Today programme: "These data come from the hardest group to protect – those who are the frailest, the oldest adults in our population – and we're seeing an 80 per cent reduction in hospitalisation in that group, which is stunning."

He added: "Both of the vaccines performed exactly the same, there was no daylight between them.

"We've had all this difficulty with communication, particularly around Europe, with uncertainty about the evidence, whereas in the UK we've been rolling out both vaccines in the confidence that they would both give high levels of protection.

"And that's absolutely what we've seen now in this real-world evidence – that whether you've had a Pfizer vaccine or the Oxford AstraZeneca vaccine, you have very high levels of protection."

Prof Pollard said around 5,000 people are dying every day from Covid across Europe, where some leaders have shunned the Oxford vaccine for older age groups.

Prof Pollard said: "It just shows how critical it is to improve public confidence across the continent about the vaccines, and that's why the data that appears today is so important – to show that both of the vaccines which are widely available in Europe can have this big impact."

Asked about France reversing its decision not to recommend the Oxford jab for over-65s, Prof Pollard said he thought many countries would now be looking at the latest data.