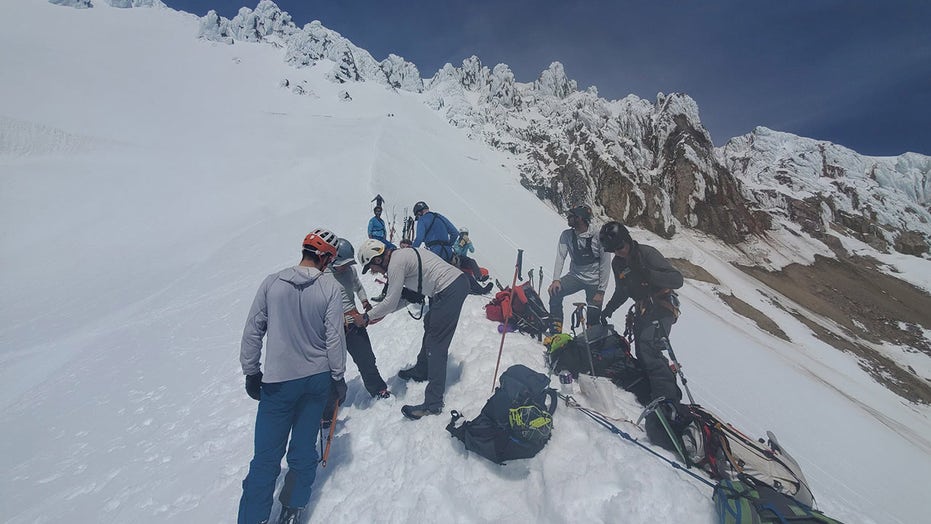 The man was with his adult son at an elevation of 10,500 feet near the Old Chute route when he fell, the Clackamas County Sheriff’s Office said.

Witnesses called the sheriff’s office just after 9 a.m. to report the climbing accident. 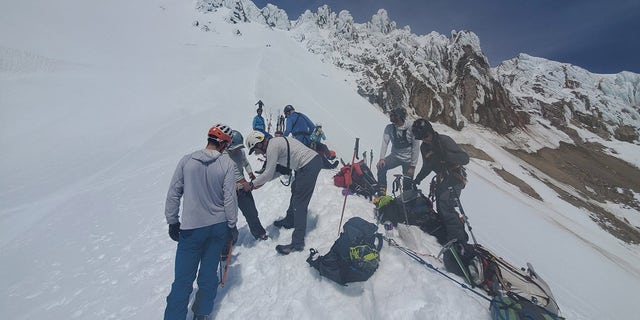 The climber was descending Mount Hood with his adult son when he fell about 500 feet, officials said.
(Portland Mountain Rescue)

Two members of the Portland Mountain Rescue and the Hood River Crag Rats volunteer search and rescue organization were on the mountain when the accident happened and immediately began heading to the scene, officials said.

Search and rescue teams had to navigate difficult terrain and other hazards, including hydrogen sulfide and other toxic gases that vented from fumaroles, on the way to the fallen climber. 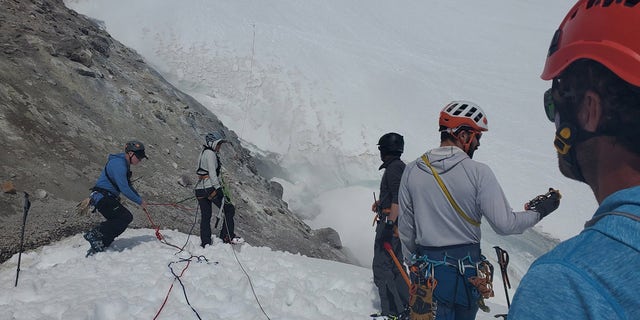 The man was at an elevation of approximately 10,500 feet when he fell, officials said.
(Portland Mountain Rescue)

At around 10:30 a.m., rescuers reached the witnesses and spotted the man, who was not moving, the sheriff’s office said.

Rescuers set up a rope system and checked toxic gas levels to ensure they could safely reach the man. Once rescuers reached the 63-year-old, they determined he was deceased.

His body was transported down the mountain around 4:30 p.m. on a skiable rescue litter basket, officials said. His name was not immediately released pending the notification of family.

“Warm weather at this time of year can create very unstable conditions on this area of Mt. Hood, including falling ice,” the sheriff’s office said. “The addition of many climbers of varying skill levels can add additional hazards.”