After a football game between the Oregon Ducks and their in-state rivals the Oregon State Beavers on Saturday a Ducks linebacker was filmed punching a fan in the head.

Soon after the Ducks were defeated at the Reser Stadium in Corvallis, fans began pouring onto the field. The Ducks linebacker DJ Johnson crossed paths with a Beavers fan who he then punched in the back of the head.

The attack came in the wake of a surprising last-minute 38-34 victory for the Beavers.

Although the Ducks were 21 points up half the way through the third quarter the Beavers quickly gained ground and took the lead with just over 8 minutes to spare in the final quarter.

It is not clear what provoked the attack but at the beginning of the short clip the Beavers fan can be seen tipping his hat at Johnson.

‘We are aware of a postgame exchange involving a member of our football team and a fan and are working to gather more information,’ Oregon said in a statement. It has not yet been said whether Johnson will face disciplinary action. 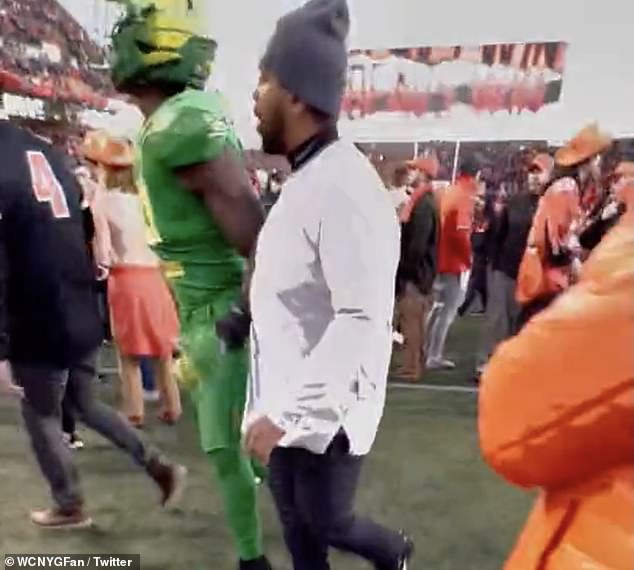 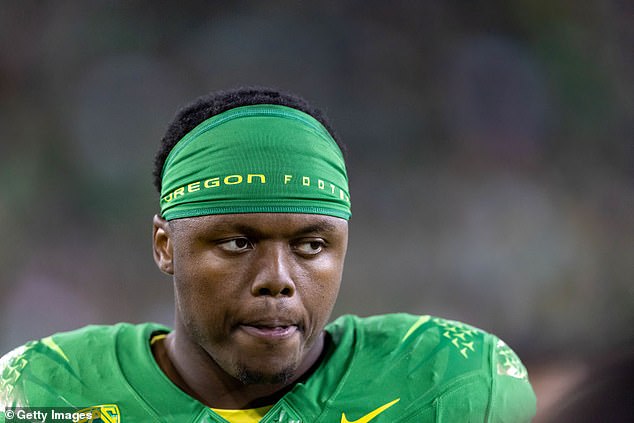 Oregon said in a statement they were investigating the incident 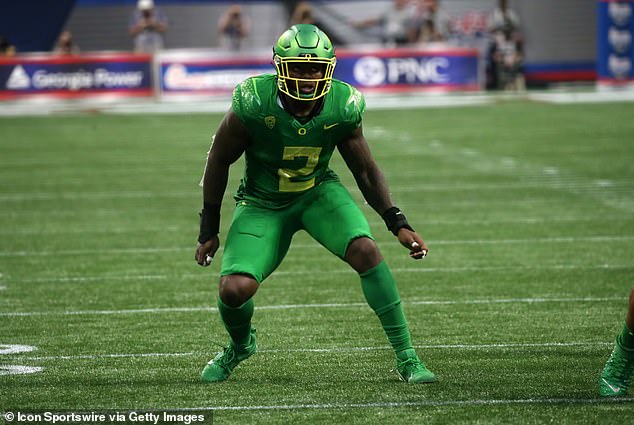 DJ Johnson was leaving the field on Saturday after losing to the the Beavers, when a fan from the opposing team did a hat tip as he crossed Johnson’s path.

Seemingly out of nowhere Johnson struck the fan with his right hand. Moments later the defensive linesman was restrained by two coaches dressed in Ducks clothing.

Johnson had three tackles in Saturday’s game. In 11 games this season, he has a team-best 6.0 sacks.

This is not the first time this season that a player was filmed allegedly hitting a fan. Last month Alabama player Jermaine Burton appeared to hit a woman after a loss to Tennessee.

Emily Isaacs, who was amongst the celebrations that saw the home crowd storm onto the field after the epic 52-49 win for Tennessee, shared a video on social media showing Burton striking her with his left hand after she attempted to go around him.