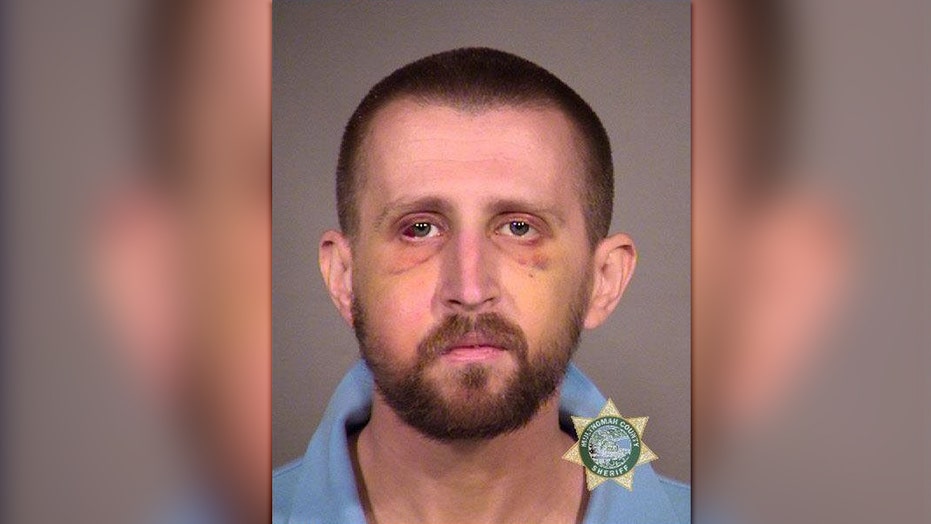 Oregon authorities say a Portland shooting incident saw 29 bullets fly before witnesses subdued and beat up the suspect – who was the only person injured.

A neighbor snuck up an on the gunman and knocked him out before others helped tie him up, according to the Portland Police Bureau.

Luke Stolarzyk, 32, allegedly fired more than two dozen rounds “indiscriminately” at an occupied apartment building in Southwest Portland at around 1 a.m. on June 29, according to an arrest affidavit.

No one was injured – except for Stolarzyk after witnesses “disarmed and detained him.” 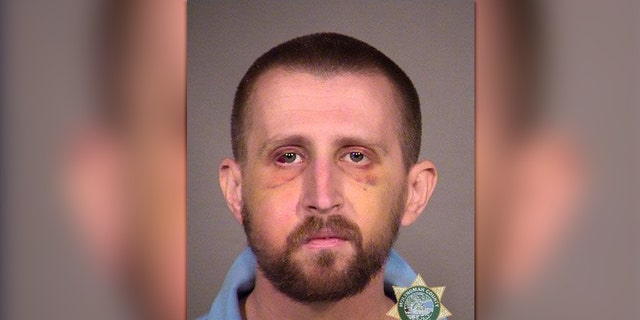 After being woken up by a loud argument, a neighbor identified in court documents as John Dickson went outside and saw the suspect with a handgun and green laser.

Stolarzyk left – but then came back with an AR-15, which he is accused of firing at random toward a row of apartments, the affidavit alleges.

Dickson crept up and bashed the 140-pound suspect with a stick. Then he wrestled the gun away, narrowly avoiding getting shot, and pummeled Stolarzyk with his fists until he was unconscious, according to the affidavit.

Responding officers arrived outside the Stephens Creek Crossing apartments in response to multiple 911 calls and found “several people standing around the defendant, who was hogtied and had been beaten up.”

The incident started after a dispute over noise and a dog between Stolarzyk and another neighbor, Kenneth Nelson, according to the court documents. He was armed with a handgun at first but went home and returned with the rifle before opening fire, investigators alleged.

Police said they recovered 29 shell casings and an AR-15 at the scene. They also saw bullet strikes in multiple cars and apartments and found a handgun at Stolarzyk’s apartment in a neighboring building.

Additionally, surveillance video allegedly shows Stolarzyk firing at a man fleeing through the parking lot, according to the affidavit.

Responding officers took Stolarzyk to a hospital and charged him with multiple counts of unlawful use of a weapon, criminal mischief and discharging a firearm.

On Monday, police filed additional charges, including attempted murder and nine counts of reckless endangerment. In all, he faces seven felonies and 10 misdemeanors.

A booking photo from the Multnomah County Sheriff’s Office shows him with two black eyes and other facial bruising.

His bond on the top charge of attempted second-degree murder was set at $250,000.

hogties, knocks, man, oregon, out
You may also like: