A HEARTBROKEN mum has issued an urgent warning to other parents after her home went up in flames trapping her 12-year-old son.

Jerri Bosley from Taunton, Somerset, narrowly escaped the housefire with her children that started with a £13 gift from TikTok. 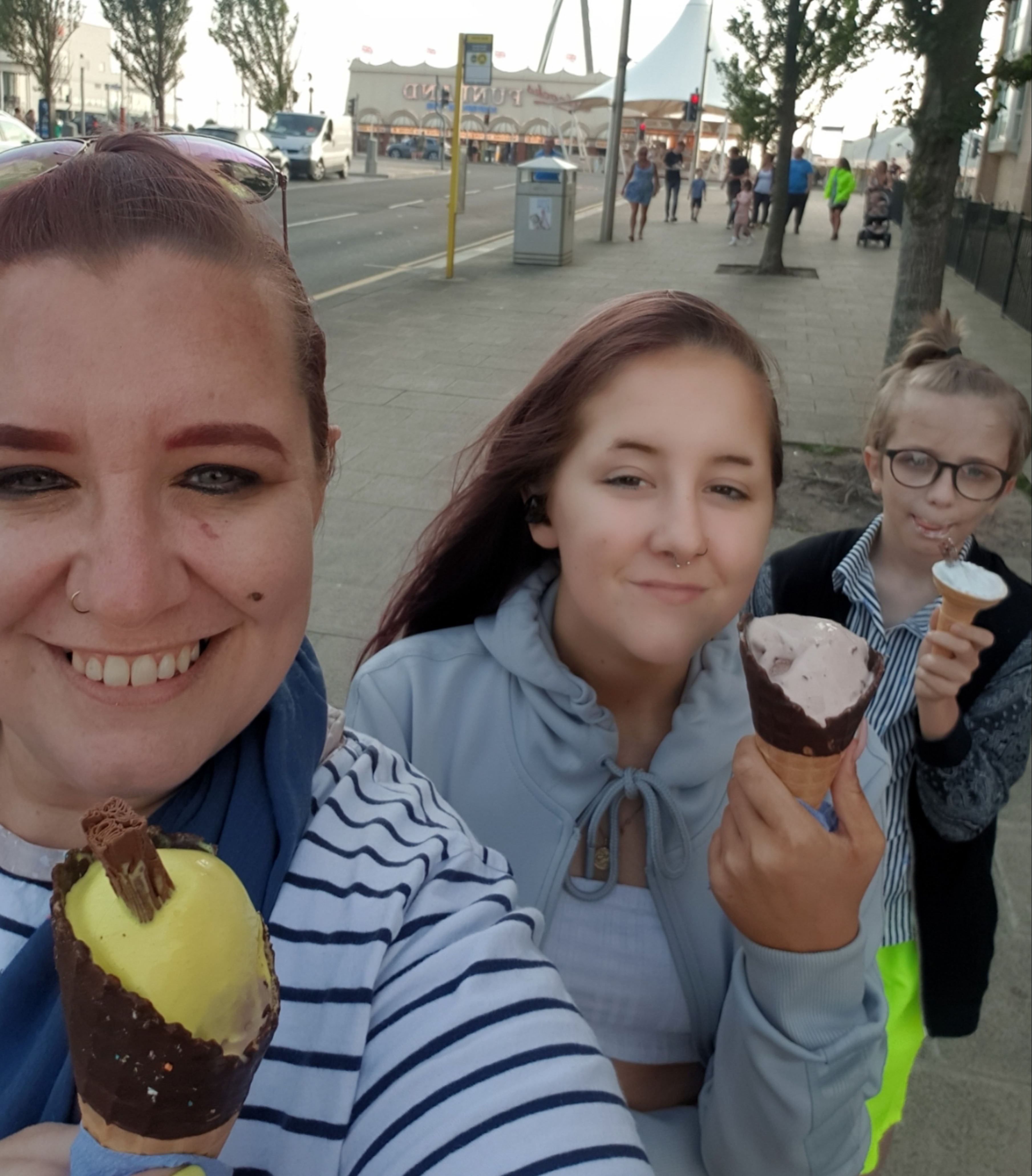 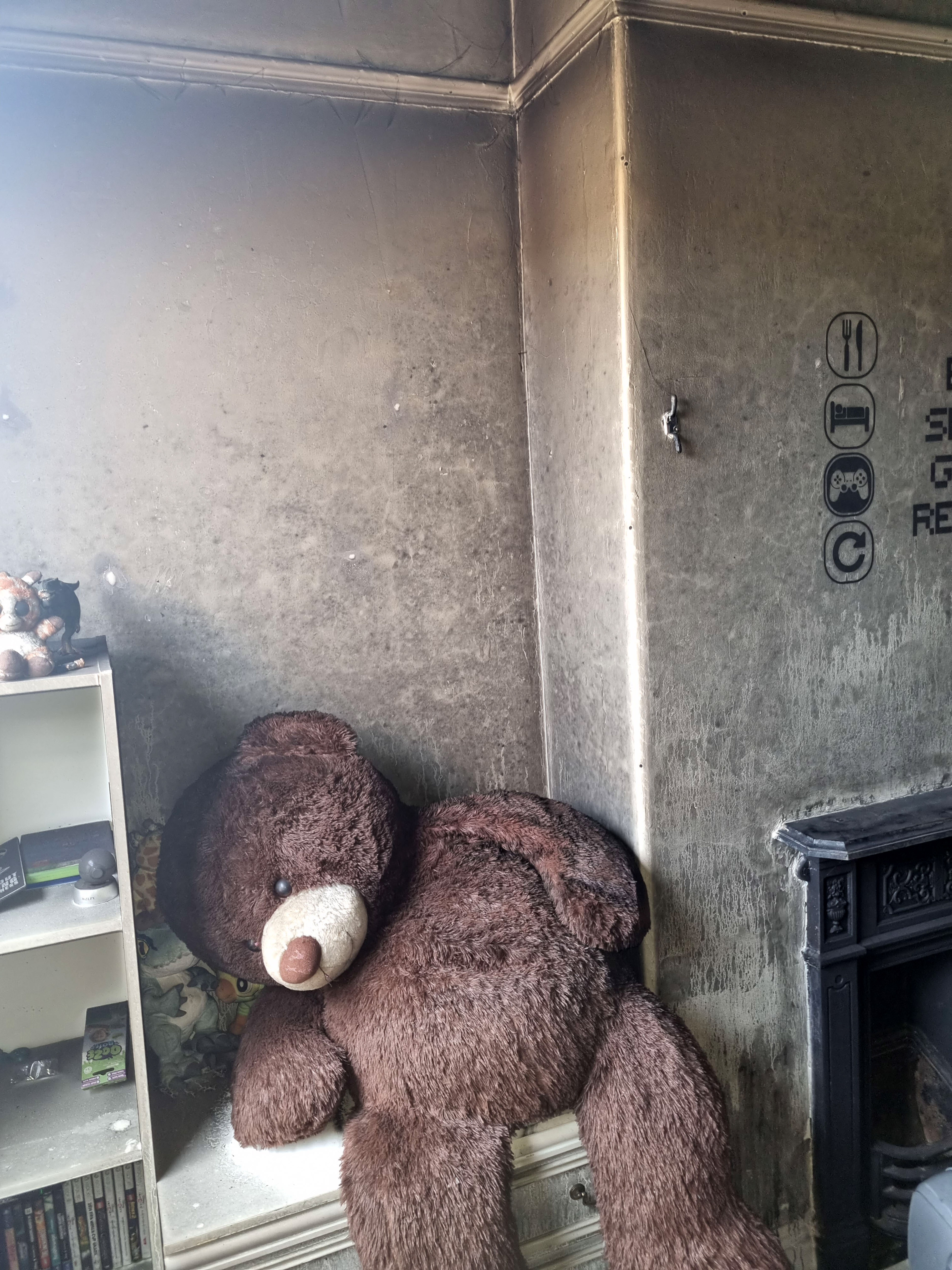 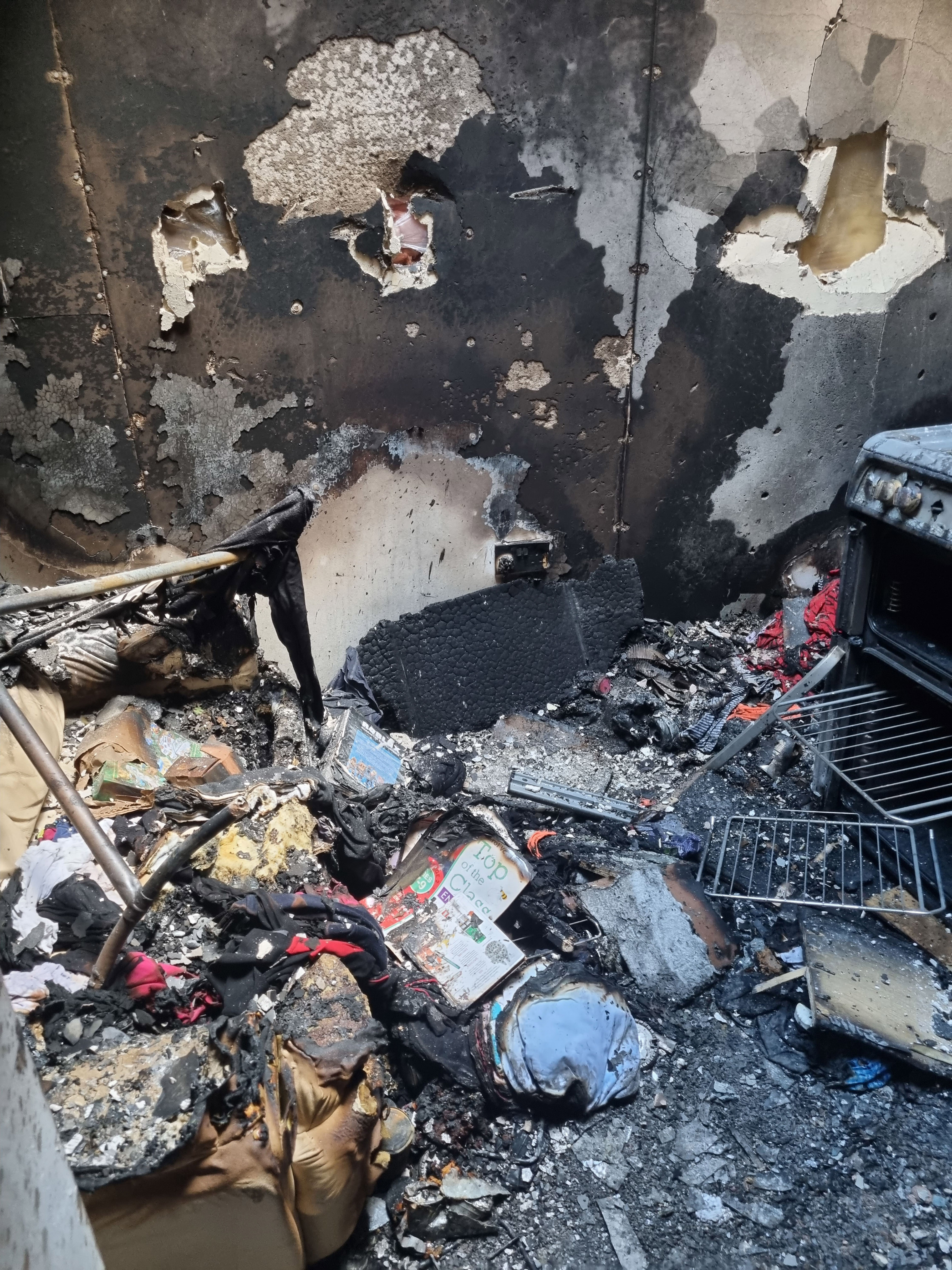 But it was this trendy Christmas present that set alight to the family home.

In moments Jerri was trapped upstairs as the Victorian terrace went up in flames.

The teen daughter desperately helped her little brother climb out of the first floor window and down the roof of an extension to escape the smoke. 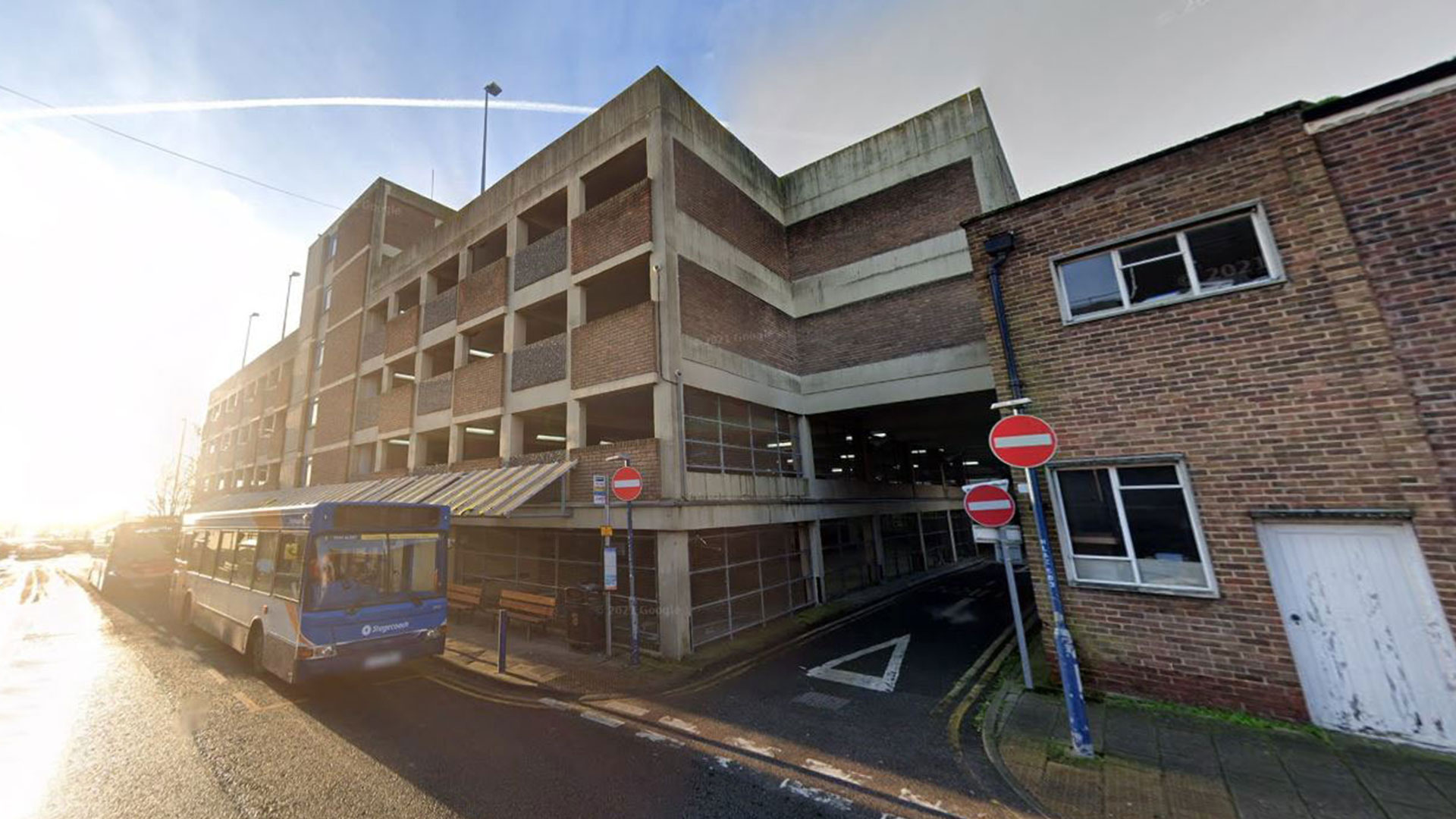 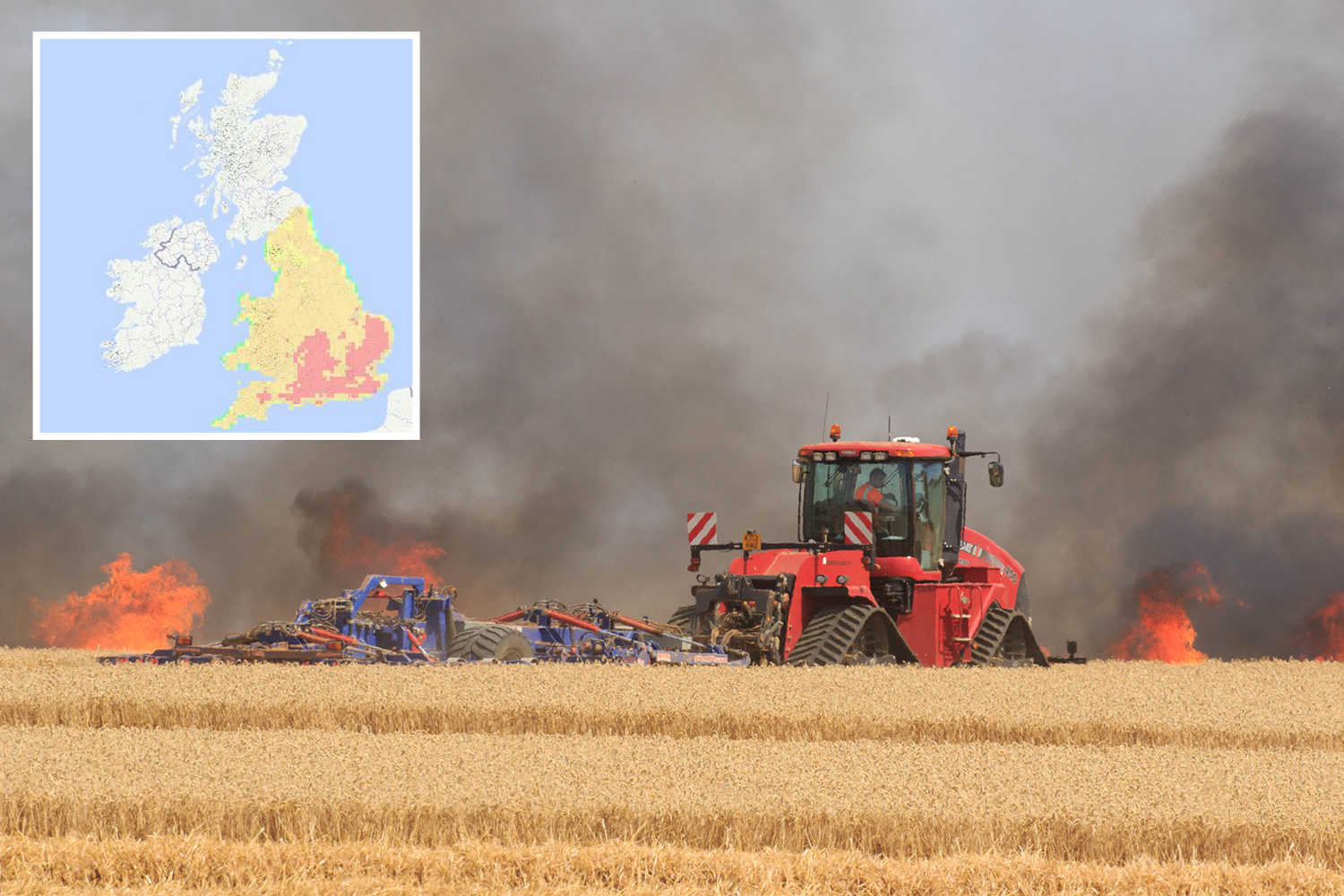 Luckily, the fire service rushed to Jerri's rescue and the mum escaped with just cuts and bruises.

Two ambulances checked over the family who were largely unharmed, although Jerri's son inhaled a lot of smoke.

The three of them have been put in a hotel for two weeks while the council arranges emergency accommodation for them.

Jerri, although "traumatised", is determined to spread her words of warning to other parents.

WOOD YOU BELIEVE IT?

The disaster occurred when Jerri's daughter Teagan stepped out into the garden while a scented candle burnt in her room.

Jerri said: "I was in my room when the cleaner shouted up the stairs about there being a fire, I instantly ran downstairs and discovered the fire in my daughter's bedroom. It must have been burning for a minute or two, maximum.

"I realised my daughter was outside but I knew my son, TJ, was in his room upstairs.

"I ran back upstairs to get him, but I couldn't get to his room, which was directly above the fire.

"I turned around and was met with a thick black cloud of smoke, it was terrifying, I was trying to shout for my son over the loud crackling and exploding of windows throughout the house."

The mum-of-two added: "The screaming from his room was harrowing.

"Thankfully my daughter has climbed up onto the extension which is below his room window and helped him escape, if they had literally been a minute later the skylight on the extension would've exploded and there would've been no chance at getting him out.

"It was just an absolutely harrowing experience and it has left all of us very traumatised, I couldn't stop shaking until 12 o clock that night."

Now Jerri is persuading other parents to throw away their TikTok candles which she believes are unsafe.

"My son looked like Oliver Twist, he was covered in soot, he's still very poorly from the fire and I think he might have a chest infection from all the inhaled smoke.

"I know these particular types of candles are a current trend and very popular on Tiktok, so this is why I am trying to raise awareness of the dangers of them.

"Myself and my children were so very lucky to escape with our lives, but I fear the next person this happens to will not be so lucky. If you own these candles please throw them away!

"I cannot understand why candles are able to be sold unregulated. Anybody is able to start a business and sell them, and I really feel it should be something that has to be checked for fire safety before being sold."

The family-of-three have been overwhelmed by the love and kindness of their neighbours, who have donated clothes and food parcels after the ordeal.

Friends and family have also set up a gofundme page to help get Jerri and her kids get their life back on track. 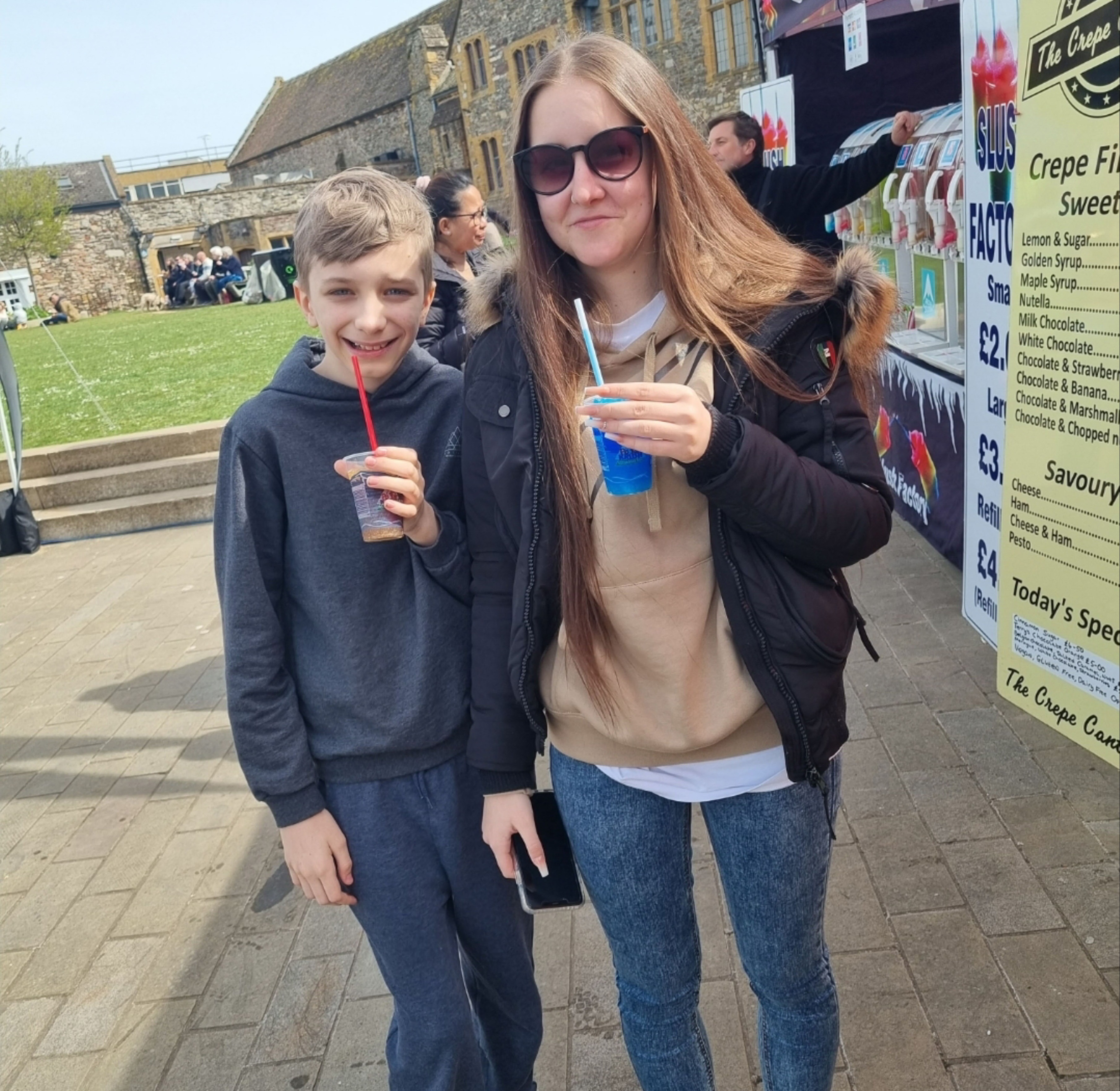 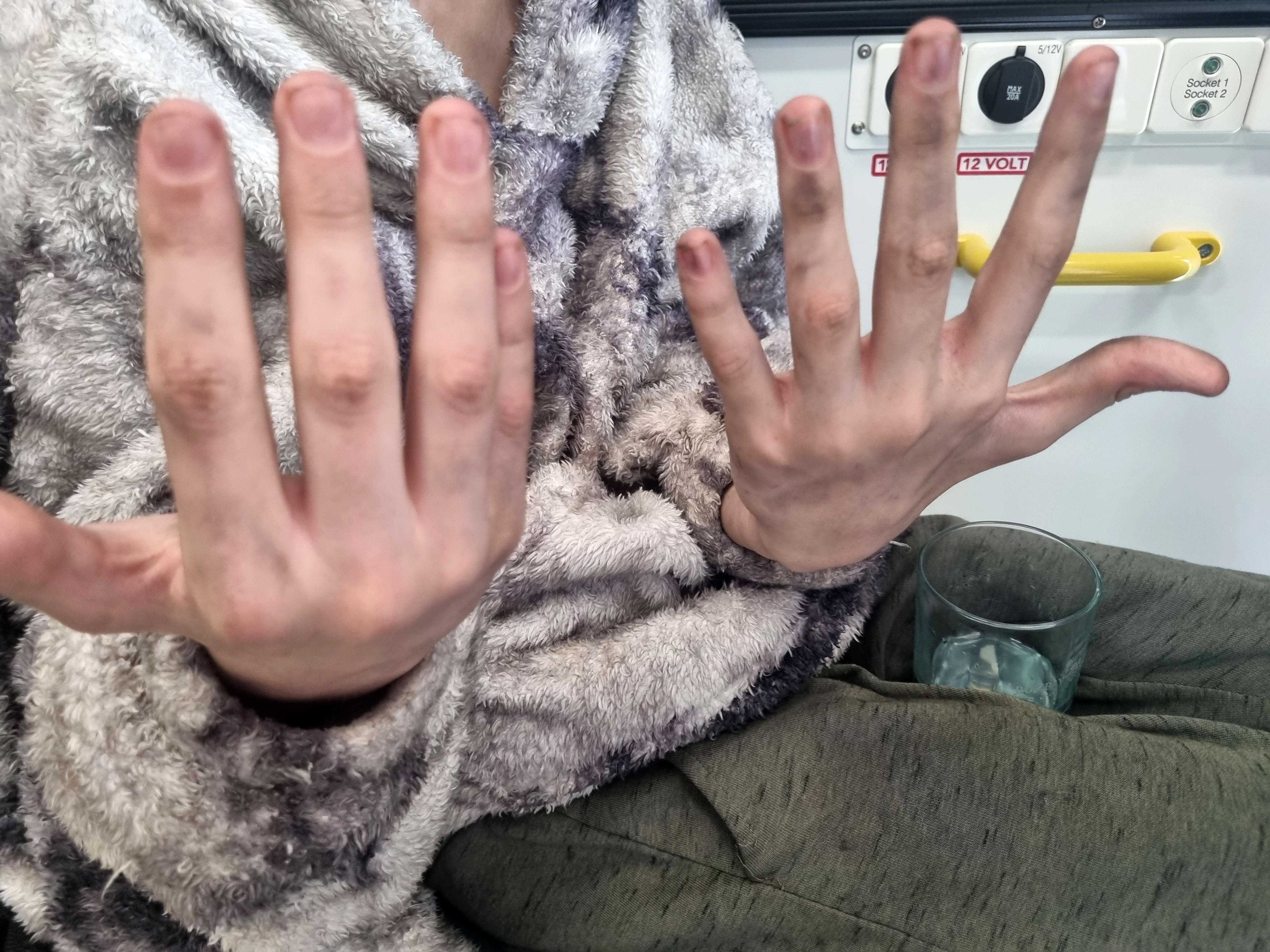 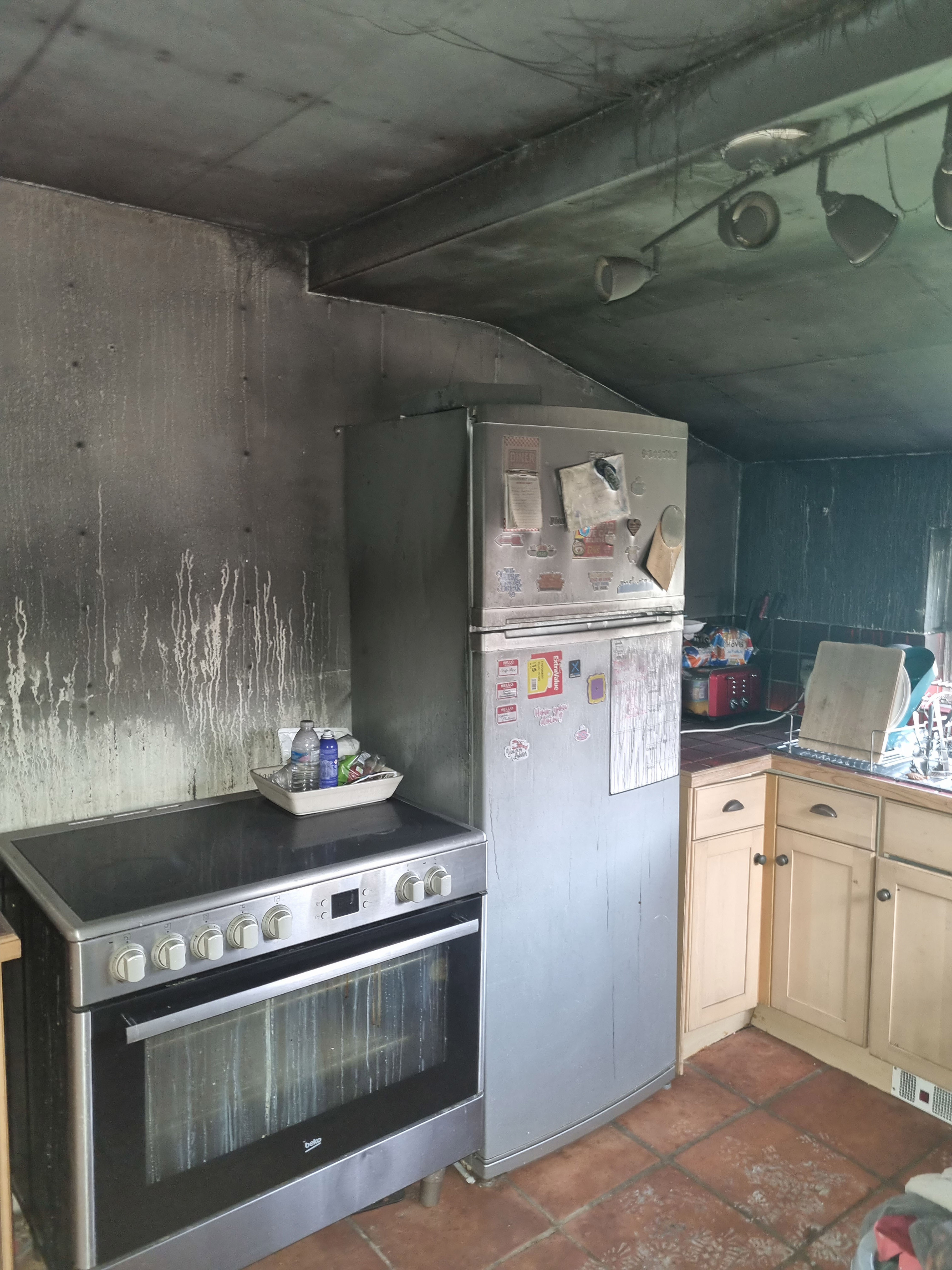 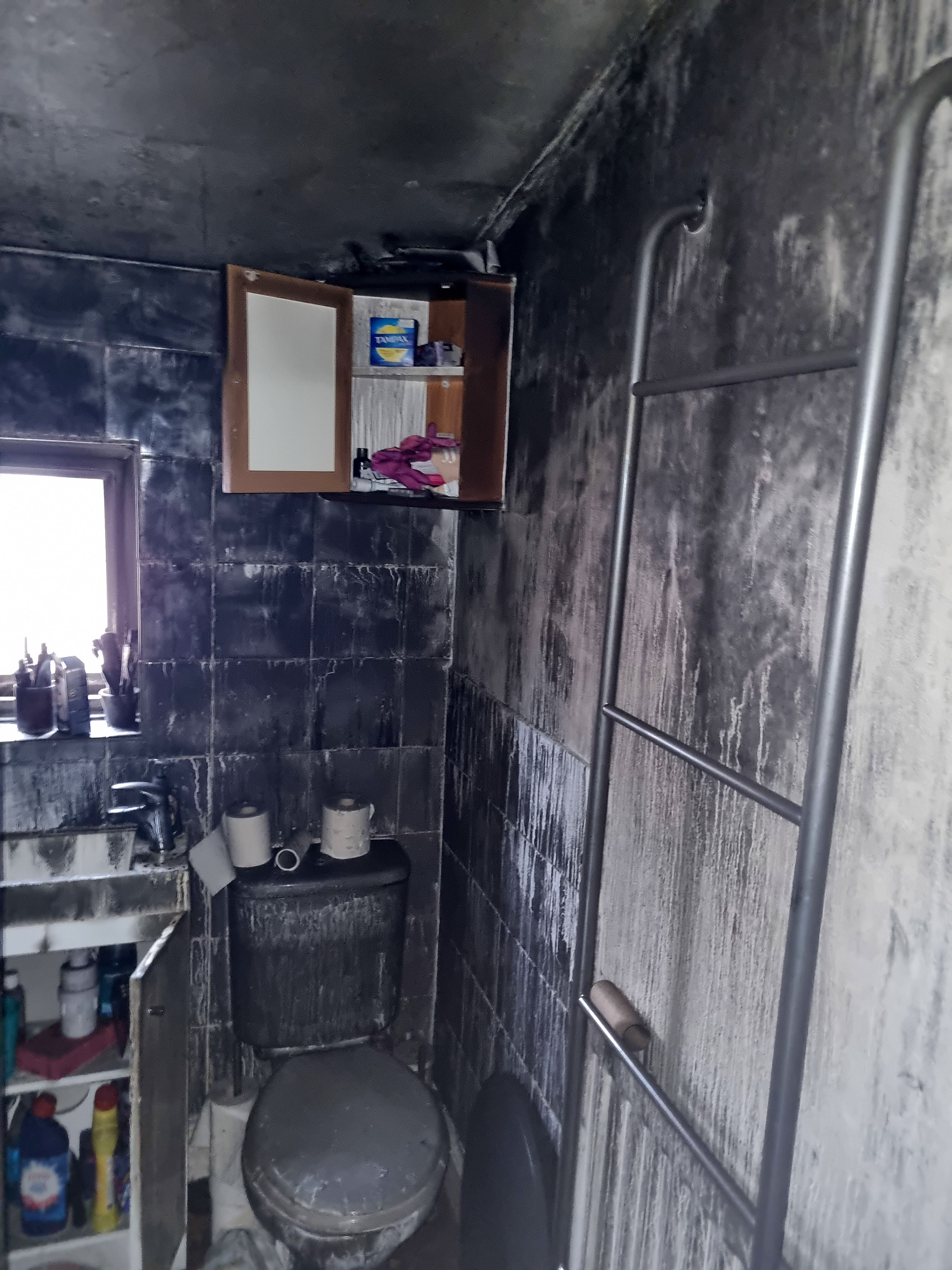 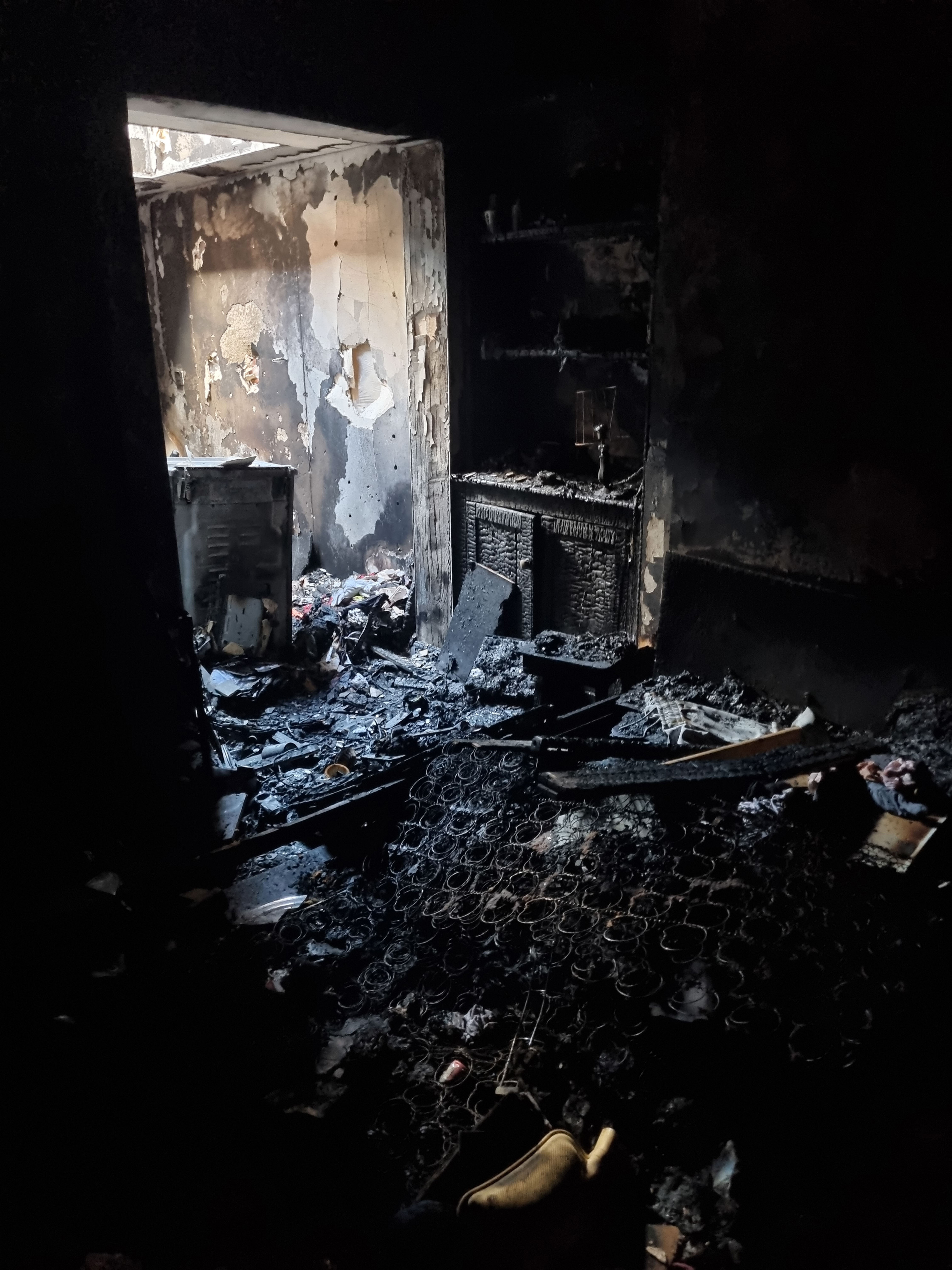 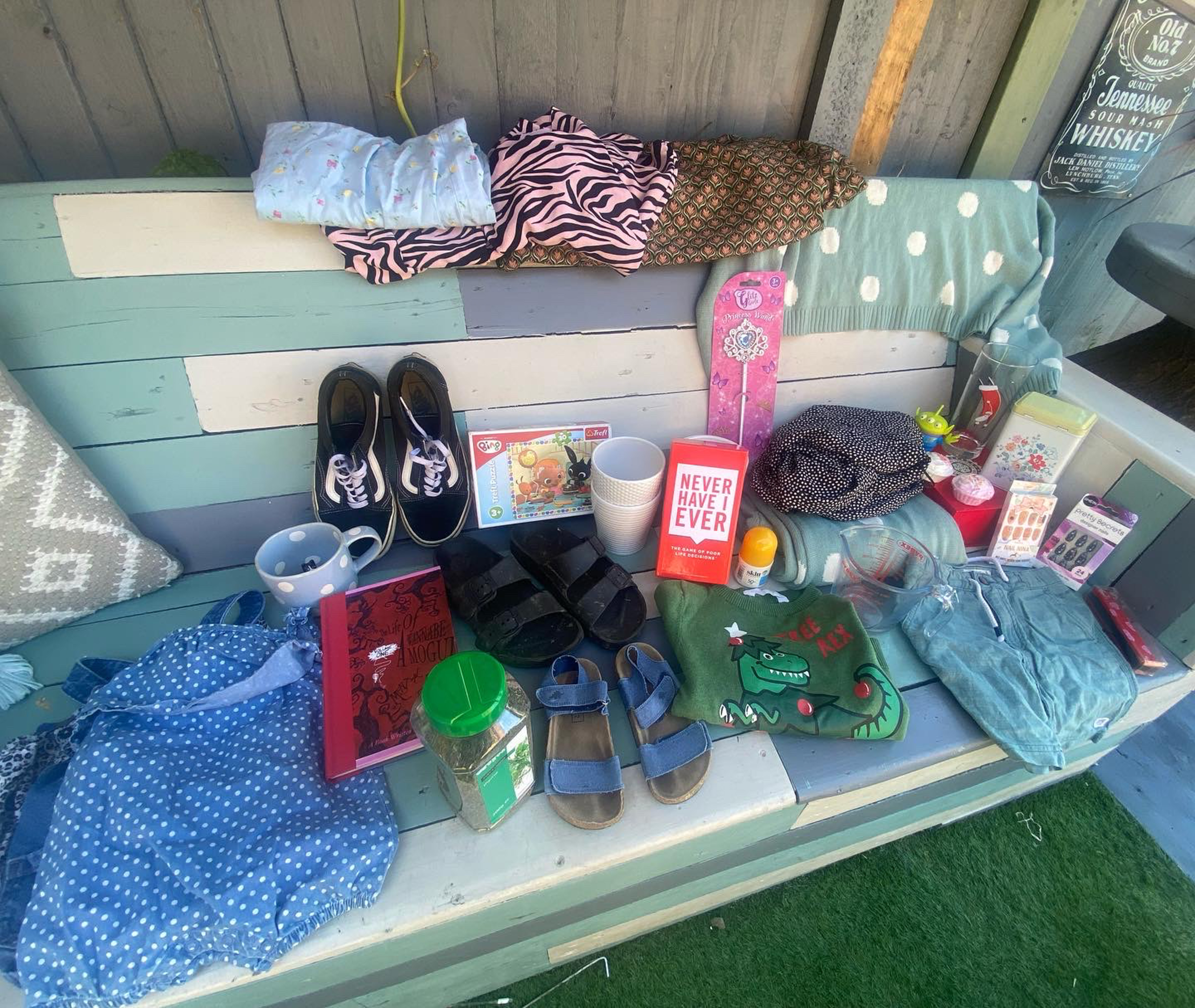