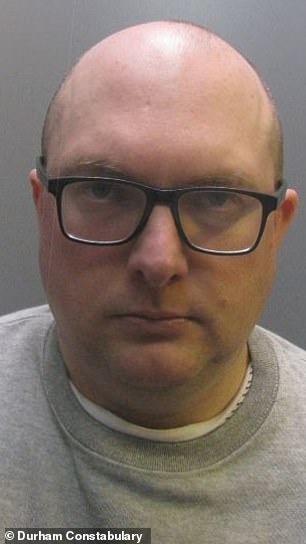 Robert Johnson, 38, pictured, was arrested after Durham Constabulary and the National Crime Agency received a tip-off from the FBI that he was sharing child abuse videos online

A teacher at a Catholic school who shared videos of child abuse with ‘like- minded’ individuals has been jailed for 27 months following an FBI investigation.

The National Crime Agency and Durham Police raided Robert Johnson’s home in County Durham after they received a tip off from investigators in the United States.

Johnson, 38, was head of humanities at St John’s Catholic School and Sixth Form College, in Bishop Auckland, until his arrest in March 2019.

An FBI inquiry into distribution of indecent material featuring children revealed seven offending videos found on the iPhone of an arrested man in the USA emanated from someone with an Internet Protocol address in Neville’s Cross, Durham, between March and August 2018.

Durham Police were contacted and visited the home of the defendant and removed various electronic devices.

A computer expert was able to reveal that on nine occasions during six days between those dates, the internet was accessed at that address to enable the videos to be shared.

In the course of two police interviews Johnson said there were times when he left his computer in sleep mode unattended while he was not there but other people, including workmen, were present.

It led to his innocent wife’s devices being seized and examined by police. He raised the possibility that he had been hacked, which was also mentioned during his trial at Durham Crown Court and was the subject of pro and counter arguments by respective computer experts for the prosecution and defence.

Johnson was described in court as ‘an intelligent, computer savvy man’.

Robert Johnson, 38, was head of humanities at St John’s Catholic School and Sixth Form College, in Bishop Auckland, until his arrest in March 2019

He had denied two counts of distributing indecent images of children, which prosecutors claimed were in the two most severe categories.

Johnson’s counsel, Michelle Healey QC, said the police investigation had caused ‘dreadful upheaval’ for his family and himself, including the loss of his teaching career and reputation.

Since leaving teaching he has worked from home as a self-employed proof reader.

Jailing him, Judge James Adkin told Johnson that despite his attempts to mask

his online activities: ‘I have no doubt you uploaded that material.’

He said a reasonable inference was that those sharing material would have access to other people’s images and videos, as some sort of, ‘quid pro quo.’

He said those who circulate such videos across the globe, ‘encourage the viewing and collection of these images by others and by doing so indirectly promote more abuse.’

The judge said: ‘For, without the market for it, encouraged and promoted by that distribution, the children who are victims would be less likely to be abused and filmed and fewer vulnerable children would be subjected to the long-term suffering that judges frequently see that such child abuse engenders.

‘Offenders who encourage and promote abuse should face deterrent sentences.’

Johnson was also made subject of a Sexual Harm Prevention Order and registration as a sex offender, both for ten years. 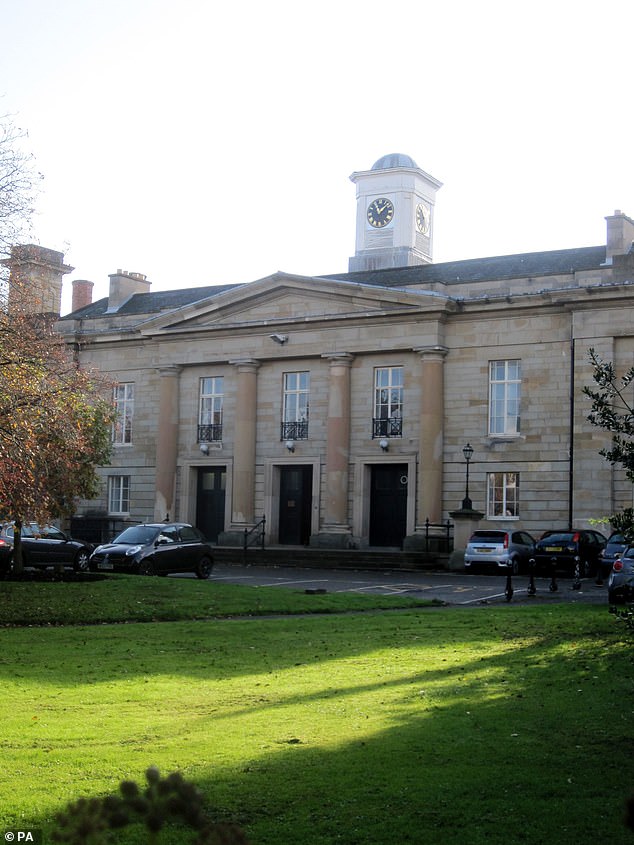 Durham Crown Court heard that Johnson used a range of techniques in order to prevent authorities from identifying him, including a ‘virtual private network’

A statement issued by St John’s school after the hearing said: ‘Robert Johnson began working as head of humanities at St John’s Catholic School and Sixth Form College in January 2015.

‘He was suspended in March 2019 immediately after his arrest and did not return to the school again.

‘The school co-operated fully with the police who confirmed that his illegal activity took place at his home and not on school premises or property.

‘The school’s HR providers will support the school in following the appropriate employment procedures and make any necessary referrals to the statutory bodies.’

It was referred to the National Crime Agency in the UK who then picked up the investigation alongside Durham Police.

Mr Fothergill said: ‘Robert Johnson made a significant attempt to protect his identity while using a cloud storage site to share indecent videos.

‘He employed a number of pieces of sophisticated privacy software, including the use of a Virtual Private Network (VPN) to hide his IP address so that he might try to avoid detection.

‘This has been a complex case involving multiple digital devices, “dummy” email addresses and an array of privacy software.

‘However, by piecing together the excellent work of Durham Police and digital forensic experts investigating this case, the Crown Prosecution Service has built a robust case to show the chain of links between Johnson and the indecent material shared online.

‘I would hope that this case serves as a warning to those involved in criminal online activity that, while you may try to avoid detection, the digital trail you leave may well lead the police to your door.’