A furious group of parents at the exclusive Spence School in Manhattan have rejected an apology from embattled Principal Bodie Brizendine over a video shown to students that mocked white women — and are now targeting its board, too.

“While I was upset after hearing what happened at Spence, the email from Bodie that followed really pushed me over the edge,” says a letter recently sent by a parent to the principal and school board — and widely backed by other parents, sources said.

“Further, that the board has not weighed in on this matter gives the impression that the board shares the opinion that racism is indeed acceptable as long as it fits within the climate of the times,” the letter raged.

Spence — which counts Gwyneth Paltrow and Kerry Washington among its graduates — became engulfed in controversy after a teacher showed her eighth-grade class an episode of Ziwe Fumudoh’s Showtime series where the racially charged comedian asks writer Fran Lebowitz, “What percentage of white women do you hate? And there is a right answer.”

“This video is not part of the Spence curriculum,” the principal had assured parents in her note. “Our teacher and the School acknowledge that sharing a satirical video that made fun of white women was a significant mistake.”

But the parent, who sources said has many allies on the issue, accused Brizendine of using gauzy language that minimized the incident.

“Choosing to label the video as ‘satirical’ and that it ‘made fun of’ and ‘ridicules’ is a gross understatement,” the parent wrote. “That you ‘fully trust the professionalism of your dedicated faculty and will be strengthening protocols’ is not an acceptable response.” 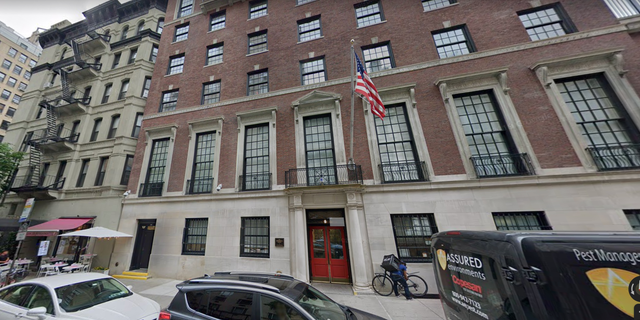 Spence is one of many city private schools that have erupted in internal strife over what some parents view as a "woke" fixation on race and the subordination of basic academics to progressive ideology.
(Google Maps)

Spence is one of many city private schools that have erupted in internal strife over what some parents view as a “woke” fixation on race and the subordination of basic academics to progressive ideology.

Former Grace Church School math teacher Paul Rossi set off a private-school reckoning in April after penning an essay accusing his institution of “indoctrinating” students and stomping out dissent.

In the letter to Spence brass, the parent said the school had long enjoyed a reputation for “strong academics and for helping to mold intelligent, caring, strong, capable, independent young women.

“I regret that it no longer feels like academics, or these other qualities, is a priority,” the letter said.

The missive pressed Brizendine to do more to address the school’s deepening fissures.

“Make no mistake you have lost my ‘trust and support’ and it is up to you to earn it back,” the parent wrote.

P, parents, school, Spence, target
You may also like: