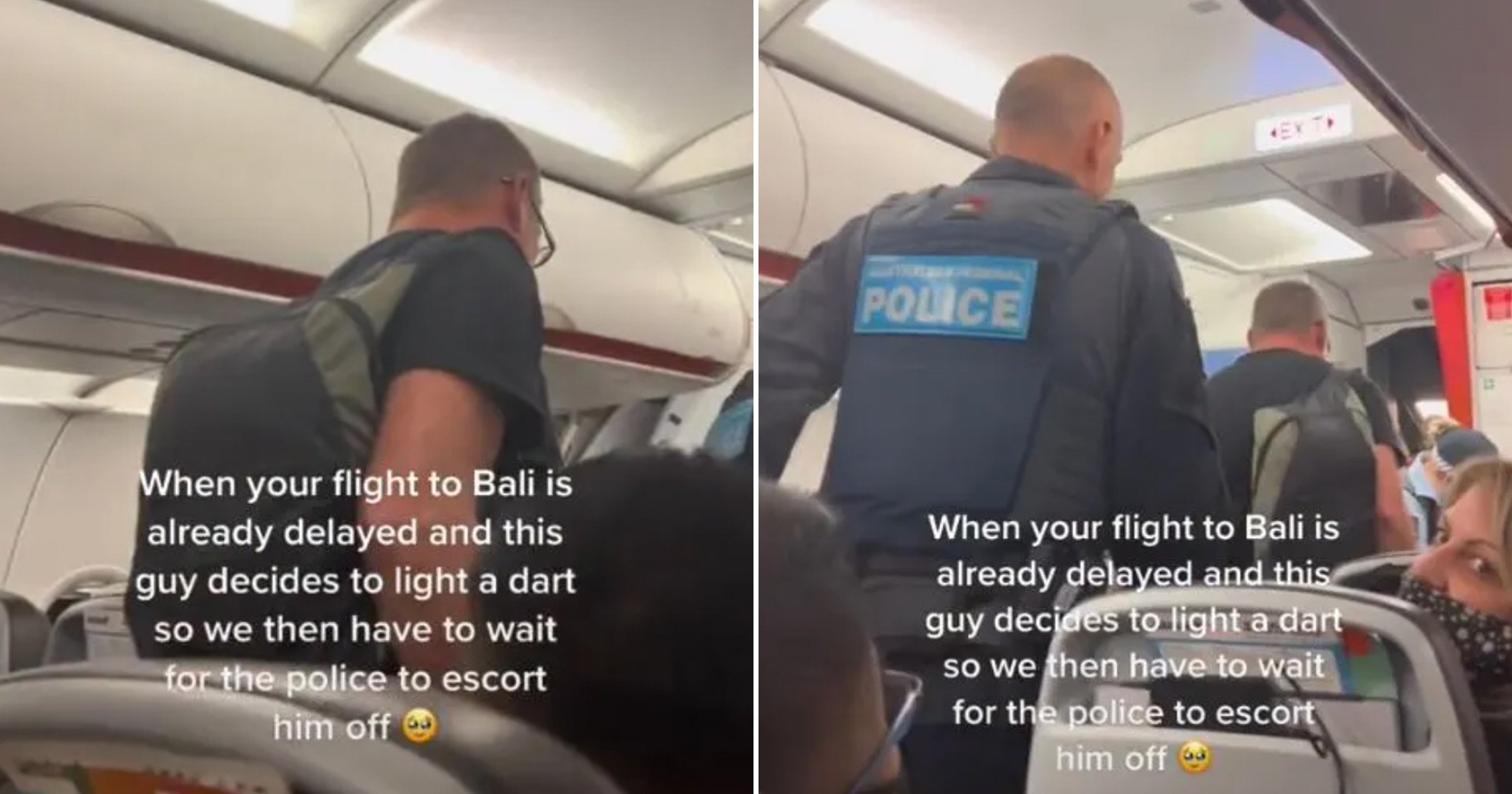 This is the moment a man was thrown off a flight when he sparked up a cigarette while the plane was waiting to take off.

A video showed police escorting the passenger off the flight from Melbourne, Australia to Bali, on Tuesday.

He had decided to light up when the plane was delayed on the runway for more than four hours.

But his decision angered fellow passengers as it held up the flight even longer due to his ejection.

The video was posted on TikTok by passenger Sinaed Merrett, who said the man had chosen to ‘light a dart’.

The flight was eventually able to take off after the man was removed and landed at its destination Denpasar Airport at 12.51am on Wednesday – nearly 13 hours after passengers boarded.

A Jetstar spokesperson said in a statement: ‘Smoking, vaping or the use of electronic cigarettes is not permitted on any Jetstar aircraft, in Australian airport terminals or on the tarmac.’

In June,  an airline passenger was removed from a flight at Manchester Airport for vaping.

The man, who was in his 20s, was meant to be going to Ibiza but didn’t even leave the tarmac.

He was arrested and surrounded by eight police officers who put him in the back of a van.

Witnesses described him as being ‘hammered’.

His friends are believed to have continued on their journey to Spain 90 minutes behind schedule.

A police spokesman confirmed a man was charged and would appear before magistrates in August.

A spokesperson from Ryanair said: ‘The crew of this flight from Manchester to Ibiza, on June 11, called for police assistance ahead of departure after a passenger was found vaping onboard the aircraft.

‘In accordance with policy, smoking or the use of e-cigarettes is strictly prohibited at any time onboard the aircraft and this passenger was removed by police.’