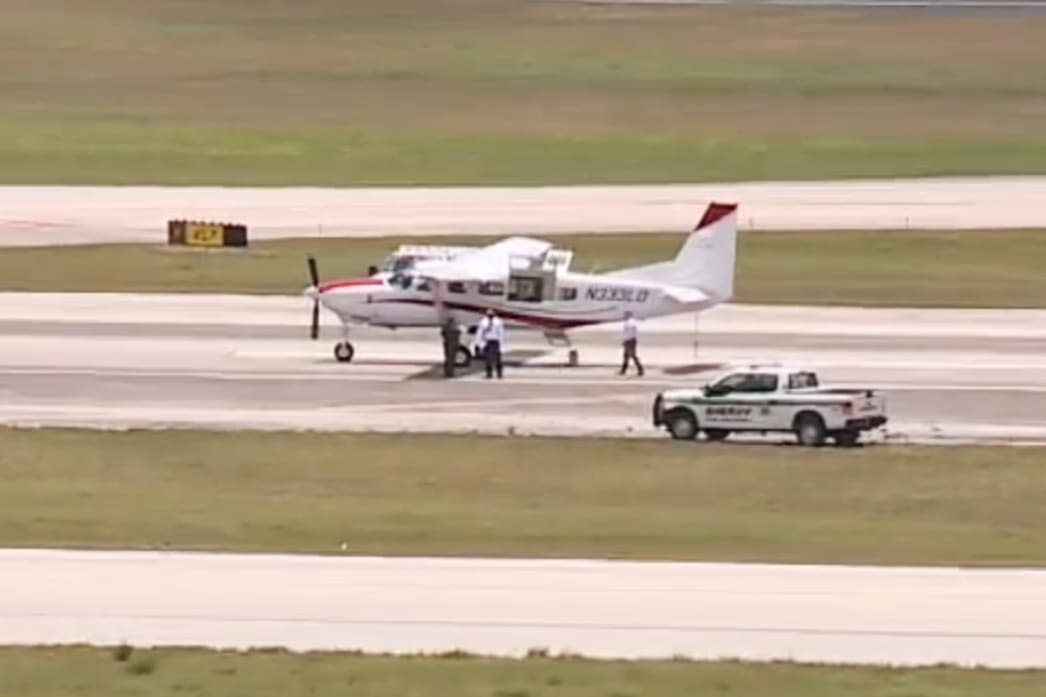 A passenger with no apparent flying experience managed to land a small plane in Florida on Tuesday after their pilot became “incoherent” following a medical emergency.

In live audio from a call made to air traffic control at Fort Pierce Tower, the unidentified passenger can be heard warning: “I’ve got a serious situation here.”

“My pilot has gone incoherent. I have no idea how to fly the airplane,” they say.

The dispatcher can be heard telling the passenger to "maintain wings level" and to "just try to follow the coast, either north or southbound" as crews tried to locate the plane.

Ultimately, the controller was able to walk the passenger through the steps to land the plane.

"Man, they did a great job," someone can be heard saying in a separate call log from the air traffic control station.

"Did you say the passengers landed the plane?" another person asks. "Oh my God. Great job."

The first person can be heard saying that the passenger had "no flying experience" before landing the plane. They said a controller who was also a flying instructor had helped them land the aircraft.

Palm Beach County Sheriff’s Office officials said that one person had been taken to hospital in connection with the incident, according to WPTV. They did not release information on the individual's condition or identity, the news station reported. NBC News has contacted the sheriff's office for further comment.

The FAA is investigating the incident.