Pay decision could provide a path for government on gender equity

In recent weeks we have heard a great deal about the Federal Government’s commitment to women’s equality. A recent decision by the Fair Work Commission in a long-running equal pay case is an opportunity to show it means business.

The eight-year case for early childhood teachers, run by the NSW/ACT branch of the Independent Education Union of Australia (IEU), was in two parts. 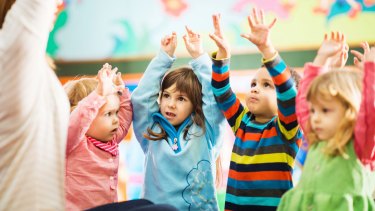 The Commission granted a new five-level pay scale in the award, with pay rises of up to 10 per cent for early childhood teachers.Credit:iStock

The first was a claim for an Equal Remuneration Order (ERO) for early childhood teachers employed in preschools and long day care centres, arguing that their pay was undervalued because of gender. The union compared these teachers, who are predominantly female and have four-year university qualifications, with male primary teachers and engineers.

The second part was a Work Value case, seeking increases for all teachers employed under the Educational Services (Teachers) Award.

In its April 19 decision, the Commission rejected the equal pay argument, saying that the evidence did not meet the strict requirements of the Fair Work Act. However it accepted the case for increases in the Teachers Award, saying the work of teachers had not been properly valued and there had been significant changes in their work.

The Commission granted a new five-level pay scale in the award, with pay rises of up to 10 per cent for early childhood teachers. Some will be eligible for even higher increases if they have more responsibility as an Educational Leader.

The Commission asked the Commonwealth and State governments to consider assisting in paying for the wages of early childhood teachers. The Commonwealth pays a subsidy for childcare fees, but fees have been rising, especially in private day care centres.

The Morrison Government’s new focus on women presents it with the chance to give extra funding tied to these pay increases, and to show support for the employment of qualified teachers in childcare.

It is also an opportunity for the government to change the Fair Work legislation to make it easier to run equal pay cases. One of the difficulties in recent cases has been the need for a male comparator. The NSW Industrial Relations Tribunal, however, does not require an equal remuneration case to have a male comparator, and several equal pay cases there have been successful in recent years.

The Commission will set a date to hear further evidence and submissions. Issues may include a starting date for the proposed increases, phasing in and the capacity of state and federal governments to assist in funding the wage increases.

The decision and its reception by governments will be studied closely by unions and women’s groups, given that only one equal pay case has been won in 30 years and many have failed.

It’s been difficult to interpret the legislation, however, and only one case has been successful, the Social and Community Services (SACS) case of 2012.

This was co-ordinated by Sally McManus, then with the Australian Services Union, now secretary of the ACTU. Non-government community service employees such as social workers and welfare workers were compared with those in government service and won substantial pay increases. 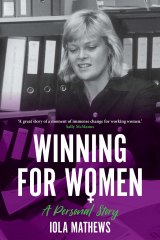 Winning for Women by Iola Mathews discusses the history of equal pay and reforms for women in the workplace.

A crucial element of the case was the support of the Gillard government, which pledged nearly $3 billion for eight years towards the pay increases. The Morrison government has recently continued that subsidy.

The IEU case will be watched particularly closely by United Voice, which earlier ran an equal remuneration case for childcare workers with the Australian Education Union (AEU). The case began in 2013, ran for five years and cost United Voice $1 million. The Commission rejected the equal pay submission but suggested that the union could run a work value case instead.

If the Morrison government wants to support equal pay for women, it needs a wide-ranging, national strategy to close the gender pay gap. Improving the wages of undervalued jobs in the ‘caring’ sector such as childcare, aged care and disability is only one aspect.

Making the Workplace Gender Equality Agency (WGEA) publicly report the gender wage gaps in individual companies is another. So is encouraging young women into non-traditional jobs. We also need improvements to Paid Parental Leave and flexible work arrangements, for men as well as women. All these strategies have been widely discussed, but need government commitment and funding. Will they step up?

Iola Mathews is the author of Winning for Women: A Personal Story (Monash University Publishing), which discusses the history of equal pay and reforms for women in the workplace.

a, Could, decision, P, pay, provide
You may also like: