NANCY Pelosi has been branded a “tyrant” over a threat to have Capitol police arrest visitors and staff who fail to wear a mask in the House.

According to a memo from new USCP Chief Thomas Manger and posted to Twitter by Rep Kat Cammack on Thursday, the order does not apply to members of Congress. 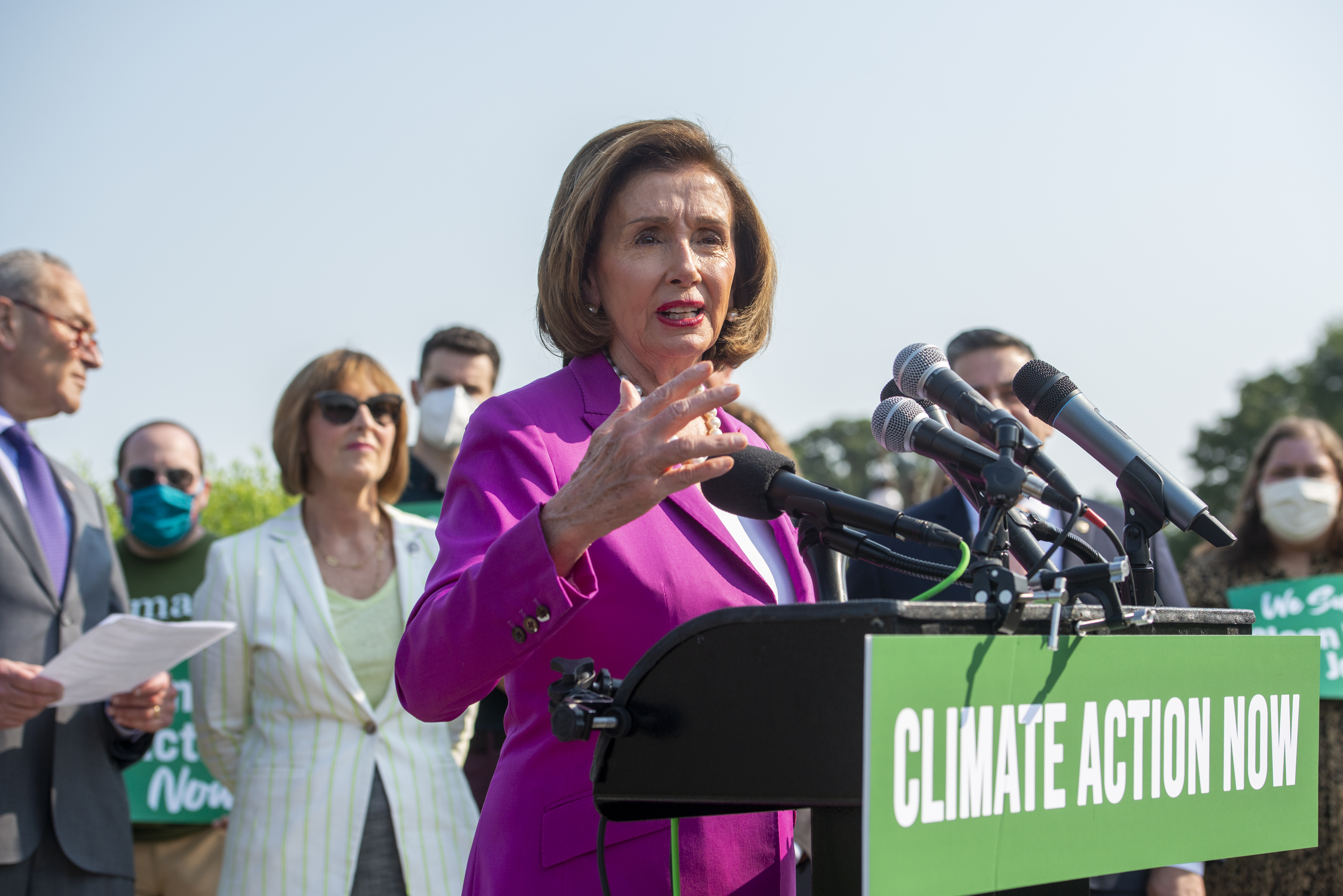 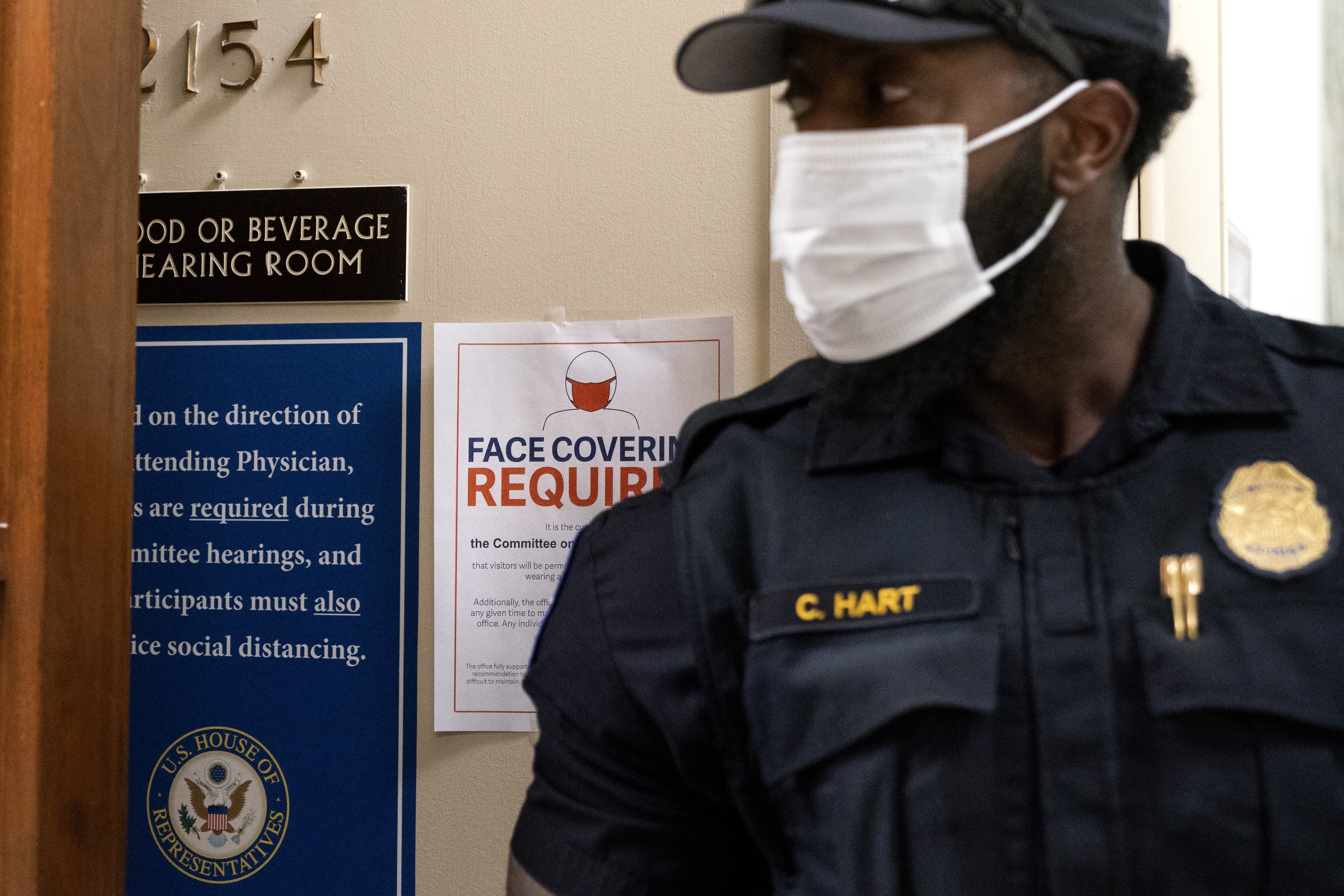 Capitol cops are instead ordered to report House representatives to the sergeant-at-arms if they break the mask mandate.

Cammack described the order as “tyrannical” and told Fox News that police officers she had spoken to felt “very uncomfortable.”

"This is such an overstep of Speaker Pelosi's authority to basically make our Capitol Police arrest staff members and report on members [of Congress]," she said on Thursday.

"It's absolutely unconscionable that this is where we're at."

It comes after the House reinstated its mask mandate this week, regardless of vaccination status.

It followed the Centers of Disease Control guidance on masks due to the rise in Covid cases caused by the Delta variant and the lower-than-expected vaccination rate.

The Capitol police memo noted the change in the CDC advice.

It ordered all USCP personnel to wear a mask at all times while indoors on Capitol grounds.

It added that the same mask policy must be enforced with House staff and visitors and gave cops permission to deny them permission to the grounds if not wearing a face covering.

'I WILL NOT COMPLY'

The memo added that if they fail to comply or leave the premises, the person could then be arrested for unlawful entry.

"I cannot comply with this tyrannical order," Cammack said.

"This is the people's house, not Nancy Pelosi's house."

“Tyrannical. Unbelievable. Hypocritical. Mixed messaging,” she added in a tweet.

“All words to describe Speaker Pelosi's most ridiculous directive to USCP. If you didn't believe her power grab could get worse, you'd be wrong.”

She was joined by other GOP representatives who slammed Pelosi for the “authoritarian” order.

“The House of Representatives is supposed to be a democratic institution,” tweeted Rep Jason Smith.

Let me make it easy for you, Speaker Pelosi, my office, and my visitors won’t comply — have an issue with that? Come see me.

Rep Lee Zeldin added: “This is so out of control. Pelosi is massively drunk on power, obsessed with control, and hypocritical and partisan beyond belief.”

Pelosi was also branded a “dictator” by others while Reps Jerry Carl and Pete Stauber accused her of abuse of power.

Congresswoman Beth Van Duyane told her staffers “bail money is on me” if they are arrested for failing to wear a mask.

“Let me make it easy for you, Speaker Pelosi, my office, and my visitors won’t comply — have an issue with that? Come see me,” claimed Rep Bryon Donalds.

Pelosi’s office has hit back, however, noting that she has no control over the Capitol police and the arrest order did not come from the Speaker.

"The speaker of the House does not control the U.S. Capitol Police," Pelosi spokesperson Drew Hammill told Fox News.

"We were unaware of the memo until it was reported in the press."

The arrest order only applies to the House side of the complex as the Senate has not reintroduced a mask mandate.

"If you are a Capitol police officer you got orders … if a vaccinated staffer comes across on the House side without a mask you're ordered to arrest them, but not on the Senate side," House Minority Leader Kevin McCarthy said.

"This is not the America we know."

The order was issued by Manger, who only took over the police force on Friday.