Russia’s defense minister and Defense Secretary Lloyd Austin held their first calls since May on Friday in a sign Moscow and Washington have restored lines of communication as Vladimir Putin ups his attacks on civilians.

But Secretary of State Antony Blinken warned there was no signs that Moscow is prepared to end the war in Ukraine as pro-Kremlin officials said they were turning Ukraine’s southern city of Kherson into a ‘fortress’ in the face of Kyiv’s advance.

Few details emerged of the conversation between Russia’s Sergei Shoigu and Austin but both sides confirmed they had discussed Ukraine.

Fears Putin could turn to tactical nuclear weapons have been rising since the annexation of four regions in Ukraine and Washington has said Iranians are on the ground helping Russian forces and still selling Moscow drones.

‘Topical issues of international security – including the situation in Ukraine – were discussed,’ said Russia’s defense ministry.

‘Secretary Austin emphasized the importance of maintaining lines of communication amid the ongoing war against Ukraine,’ said a Washington spokesman.

It was only the second call between the ministers since Moscow invaded Ukraine on February 24.

Back in May, Austin had urged Moscow to implement an ‘immediate ceasefire’. 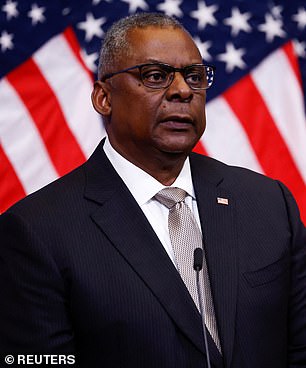 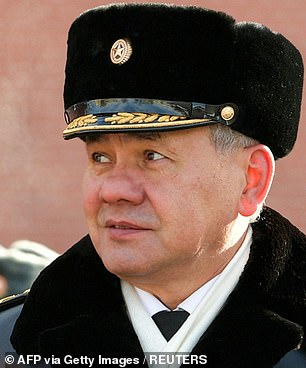 Defense Secretary Lloyd Austin (left) spoke with his Russian counterpart Sergei Shoigu (right) on Friday, marking only the second call between the ministers since Moscow invaded Ukraine on February 24 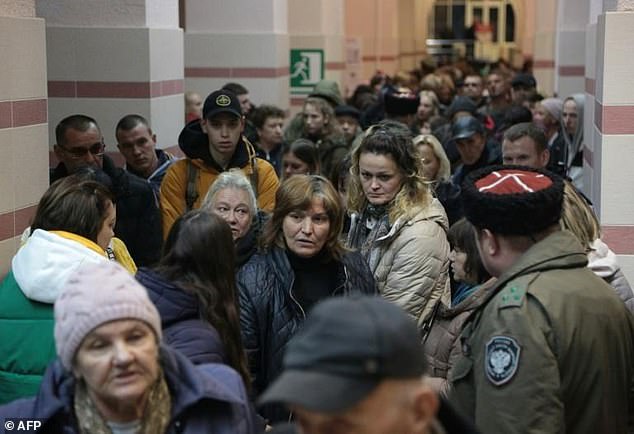 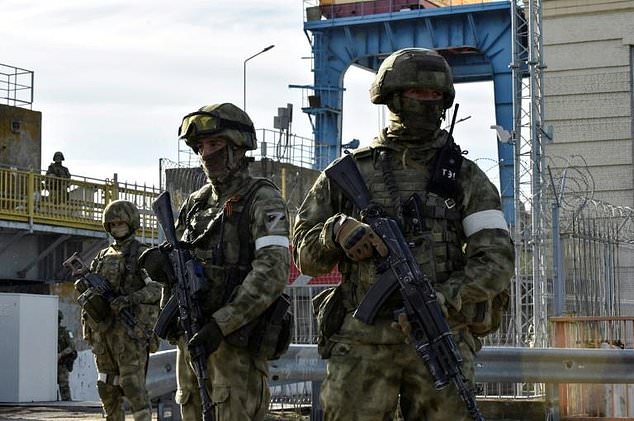 At the time, Russia’s invading force had been beaten back from the capital Kyiv but were making steady gains in the eastern Donbas and Kharkiv regions and had consolidated their position in the south.

Six months on, however, Ukraine’s forces have pushed back.

Kyiv’s forces in recent weeks – aided by Western weapons – have been advancing along the west bank of the Dnieper river towards the region’s main city, also called Kherson.

The first major city to fall to Moscow’s troops, retaking it would be a major prize in Ukraine’s counter-offensive.

Kyiv said Friday it had retaken a total of 88 towns and villages in the region since launching its offensive to retake Kherson in the late summer while President Volodymyr Zelensky welcomed the capture of Russian arms by his forces in the region.

Moscow-installed authorities in the region on Friday accused Kyiv’s forces of attacking a bridge being used by civilians.

‘Four people were killed,’ pro-Moscow official Kirill Stremousov said on Telegram. ‘The city of Kherson, like a fortress, is preparing for its defence.’

Russian investigators said later two of the dead were journalists and that 13 people had been wounded. 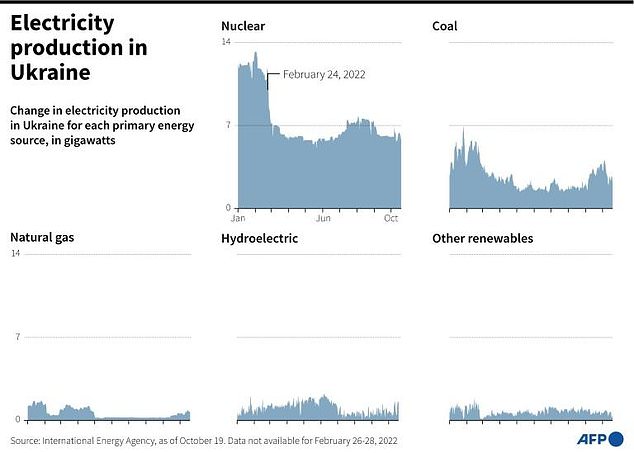 Kyiv has denounced the organised movement of Kherson residents to Russia and other Moscow-controlled regions as ‘deportations’ of Ukrainian citizens.

Zelensky told European leaders Thursday that Russian forces had mined the nearby Kakhovka hydroelectric power plant with the intent of blowing it up.

Its destruction could cause flash-flooding for hundreds of thousands of people, he warned.

On Friday, Ukraine’s Prime Minister Denys Shmygal called for an international monitoring mission to deploy at the dam.

Cutting water supplies to the south could also hit the cooling systems of the Zaporizhzhia nuclear power plant, Europe’s largest, he added.

Both sides have accused the other of repeatedly shelling the facility, endangering operations.

Ukraine’s push in the south comes after a sweeping counter-offensive in the northeast Kharkiv region that has badly impaired Russia’s supply routes and logistics corridors in the eastern Donbas region.

But Russian forces have continued shelling the region’s largest city, Kharkiv, and the presidency said six people were wounded Friday when ‘industrial infrastructure’ was hit in the city. 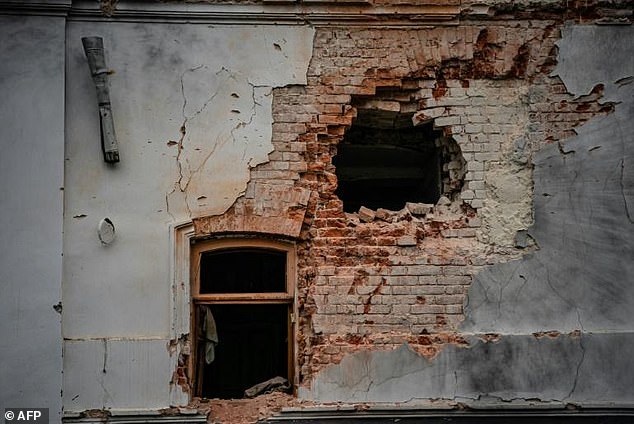 Also Friday, the Ukraine presidency said Russian forces were shelling sections along the entire front line of Donbas and that two had been killed in the Donetsk region.

And later Friday, Zelensky accused Russia of ‘deliberately delaying the passage of ships’ exporting grain from Ukrainian ports bound for countries in Africa and Asia.

‘Russia is doing everything to ensure that at least hundreds of thousands of these people become forced migrants, who will seek asylum… or die of hunger,’ he said in his nightly video address.

More than 150 ships had been affected, he said, listing Algeria, Bangladesh, China, Egypt, Indonesia, Iraq, Lebanon, Morocco and Tunisia as among the countries hit by the delays.

In late July, Turkey and the United Nations brokered a landmark deal with Moscow and Kyiv that designated three Black Sea ports for Ukraine to send much-needed grain supplies through a Russian blockade.

Russia has complained its own exports have suffered and contended that most deliveries were arriving to Europe, rather than poor countries where grain is most needed.