‘I’m exhausted with these white folx’: Black female diversity officer at Dept of Defense boasted on Twitter about reprimanding a white woman for her ‘CAUdacity’ after she said ‘black people can be racist too’

A senior official in the Pentagon’s education wing who has written books on anti-racism has a history of mocking white people on Twitter, recently-resurfaced posts revealed on Tuesday.

Kelisa Wing is the chief diversity, equity and inclusion officer in the Department of Defense’s Education Activity office, which oversees schooling for children of Pentagon employees including active duty service members.

But before she landed the role, Wing made a few controversial social media posts including one that disparaged a woman for stating that black people ‘can be racist too.’

She’s also listed as an author on several progressive children’s books in a series called ‘Racial Justice In America.’

One book is called ‘What Is White Privilege,’ while another is ‘What Does it Mean To Defund the Police?’

It also asks white children to consider if they will ‘really feel good at the end of the race when you look back and see others fighting obstacles that you didn’t even have?’ 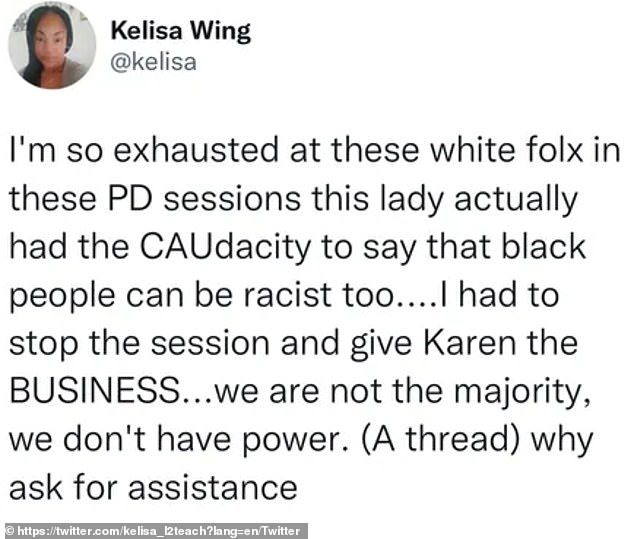 Kelisa Wing is the chief diversity, equity and inclusion officer in the Department of Defense’s Education Activity office 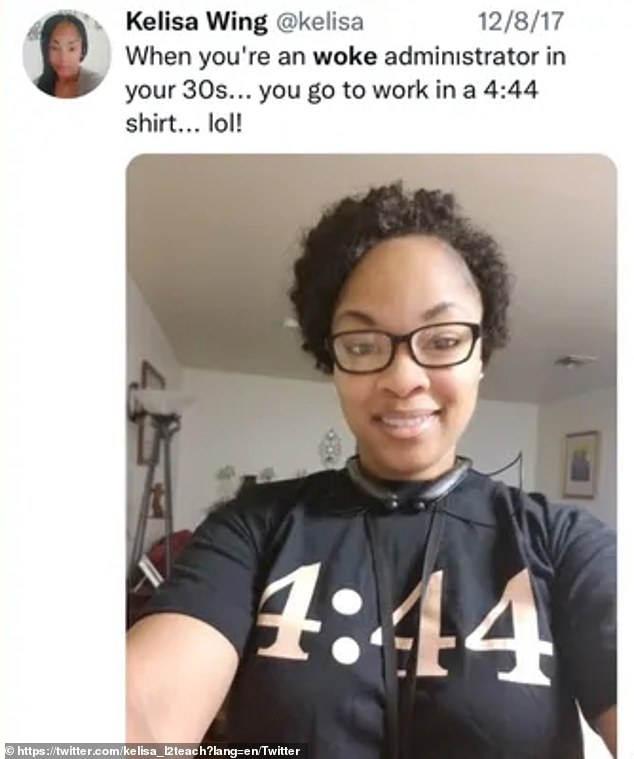 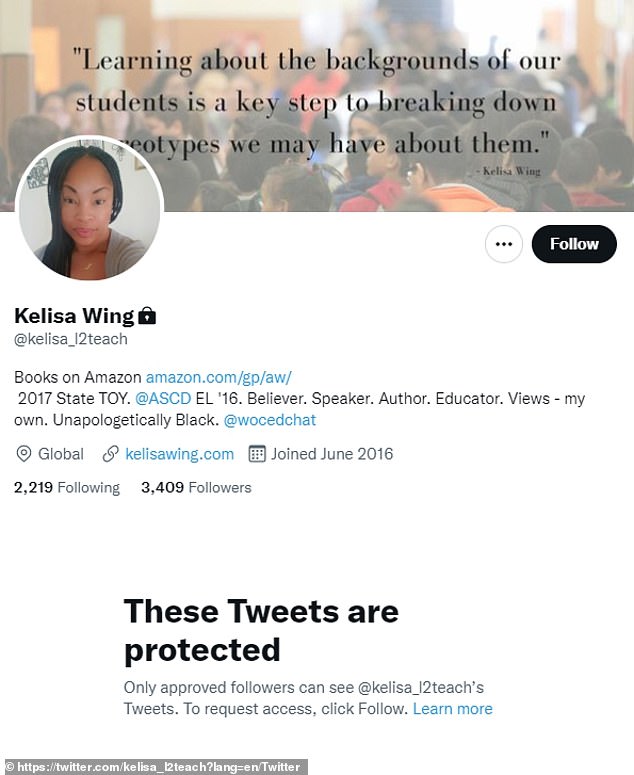 Her Twitter account is now private. Fox reported that it had been a public profile until after the outlet had reached out to her for comment about the tweets

Fox News resurfaced her old posts, but her account was reportedly set to private after the outlet reached out for comment.

‘I’m exhausted with these white folx in these [professional development] sessions,’ Wing wrote on July 23, 2020.

[T]his lady actually had the CAUdacity to say that black people can be racist too… I had to stop the session and give Karen the BUSINESS…we are not the majority, we don’t have power.’

‘Caudacity’ and ‘Karen’ are both well-worn slang terms used to mock white people. ‘Caudacity’ is a portmanteau of Caucasian and audacity.

In other posts she referred to Donald Trump as the ‘whole boy version of a Karen’ and his Education Secretary, Betsy DeVos, as ‘the queen of Karens.’

She responded to one user’s complaint about ‘white nonsense’ in education by tweeting: ‘If another Karen tells me about her feelings… I might lose it…’

Wing has also proudly touted herself as ‘woke’ on multiple occasions, including a post with a photo of herself in a Jay-Z shirt.

DailyMail.com has reached out to the Department of Defense Education Activity for comment.

Before joining the Defense Department, Wing had been a teacher and served in the US Army. During her military service Wing rose to the level of Staff Sergeant, according to a biography on her eponymous website.

Republicans have for months accused the military of going ‘woke’ ever since it came under President Joe Biden and Pentagon chief Lloyd Austin’s stewardship.

In particular, GOP lawmakers have harped on Austin’s focus on stamping out racial bias and extremism in the military while foreign threats continue to grow.

Florida Republican Senator Rick Scott unveiled an 11-point proposal in June for his party to act on if they retake Congress in the November midterms.

Among his action items is firing military leaders who continue to promote diversity training and ‘critical race theory.’