Trevor Bauer sure knows a lot about MLB’s ‘sticky stuff’

The 27-year-old woman said she suffered from massive headaches and vomited after the second of two violent encounters with the MLB All-Star, according to a request for a restraining order reviewed by The Post.

“I re-gained consciousness even more disoriented,” she said in her statement. “I had a terrible pain behind both of my ears. I tasted blood in my mouth and felt that my lip was split open. My whole body hurt and I could not even tell if he was having sex with me.”

The woman was granted a temporary restraining order this week, in what is called an ex parte order – meaning it only includes her version of events. A formal hearing will be held July 23, and Bauer’s representatives confirmed to The Post they plan to refute the accusations at the hearing.

A spokesman for Bauer had no further comment but pointed to a statement issued Tuesday by the hurler’s agent that said, “Any allegations that the pair’s encounters were not 100% consensual are baseless, defamatory, and will be refuted to the fullest extent of the law.”

When they met a second time on May 15, they had sex again, which escalated into him punching her after he choked her unconscious, she said in a written declaration accompaying her request. When she came to, she alleged, she was crying and shaking and he tried to comfort her by repeating, “You’re safe, I’m here. You’re safe.”

“I would never do those things to you if it wasn’t sexually,” he whispered to her as he scratched her back, she said in court filings.

After throwing up and having head pain, her AA sponsor told her to visit a doctor. Despite police interviewing her, she didn’t press charges and downplayed the assault, she said in her request declaration.

In another medical examination, she was photographed and visibly battered, according to exhibits in the declaration.

Screenshots of texts reviewed by The Post, however, show what Bauer’s representatives say are the two communicating in between their two encounters, with her continuing to engage with the hurler and discussing their rough intercourse. The screenshots show someone with the accused woman’s name in timestamped exchanges.

In an exchange on May 9, she mentions Bauer choking her out,” the screenshot shows.

“Si. That was a game changer,” she replies.

“Never been more turned on in my life,” she says. “Gimme all the pain. Rawr.”

“Really? When you were going out or when you woke up?” he replies.

“Going outttt,” she texts back, according to the images.

“God you just turned me on so much,” he responds. He adds later, “Now I just want my arm around your neck from behind.”

“Do it,” she responds. “Harder.” She then shares an emoji of blowing a kiss.

When he asks what else she wants, she says “a couple of slaps” and “another handprint on my @$$” the screenshots show.

Other exchanges in the following days show the two trying to arrange another meetup. 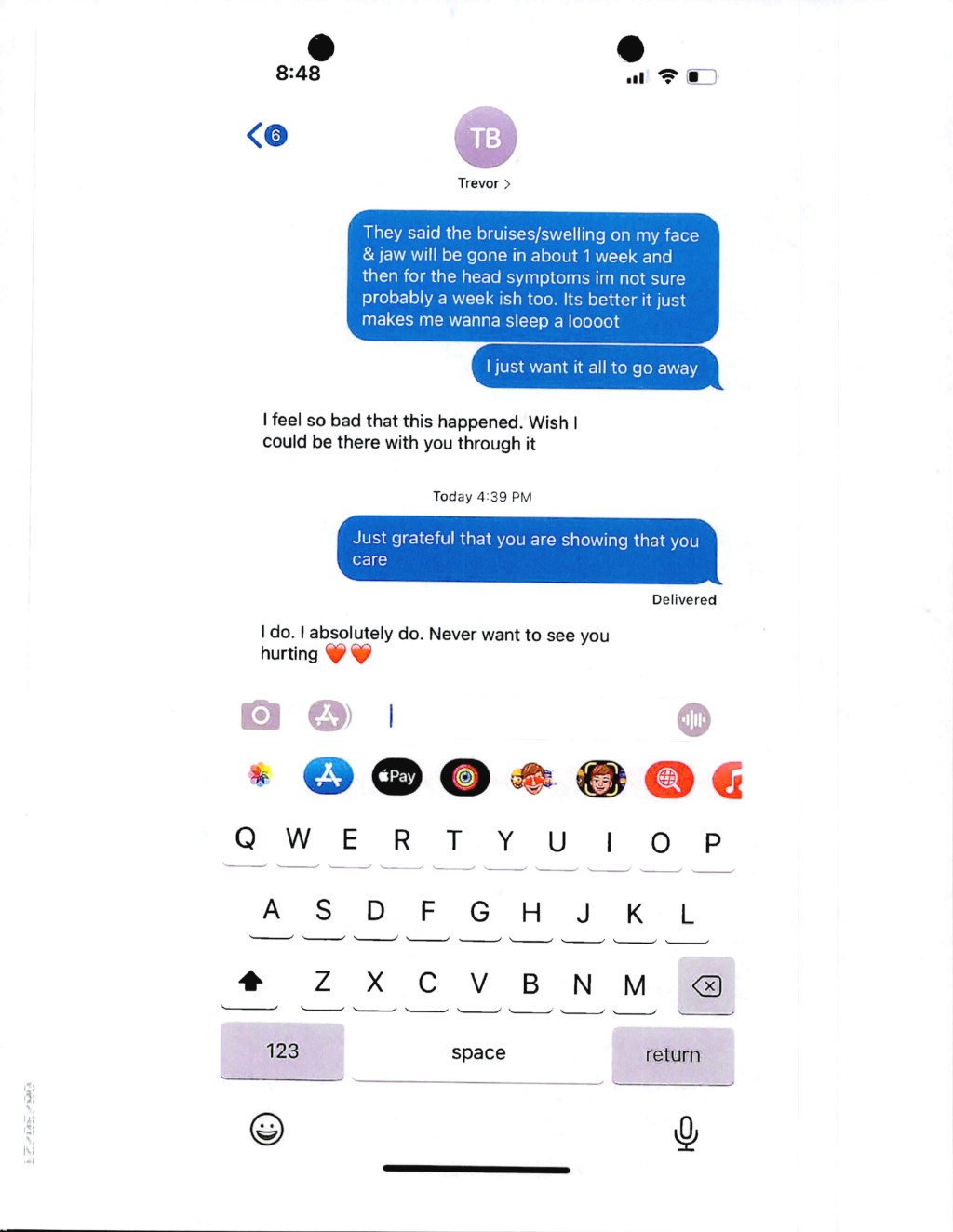 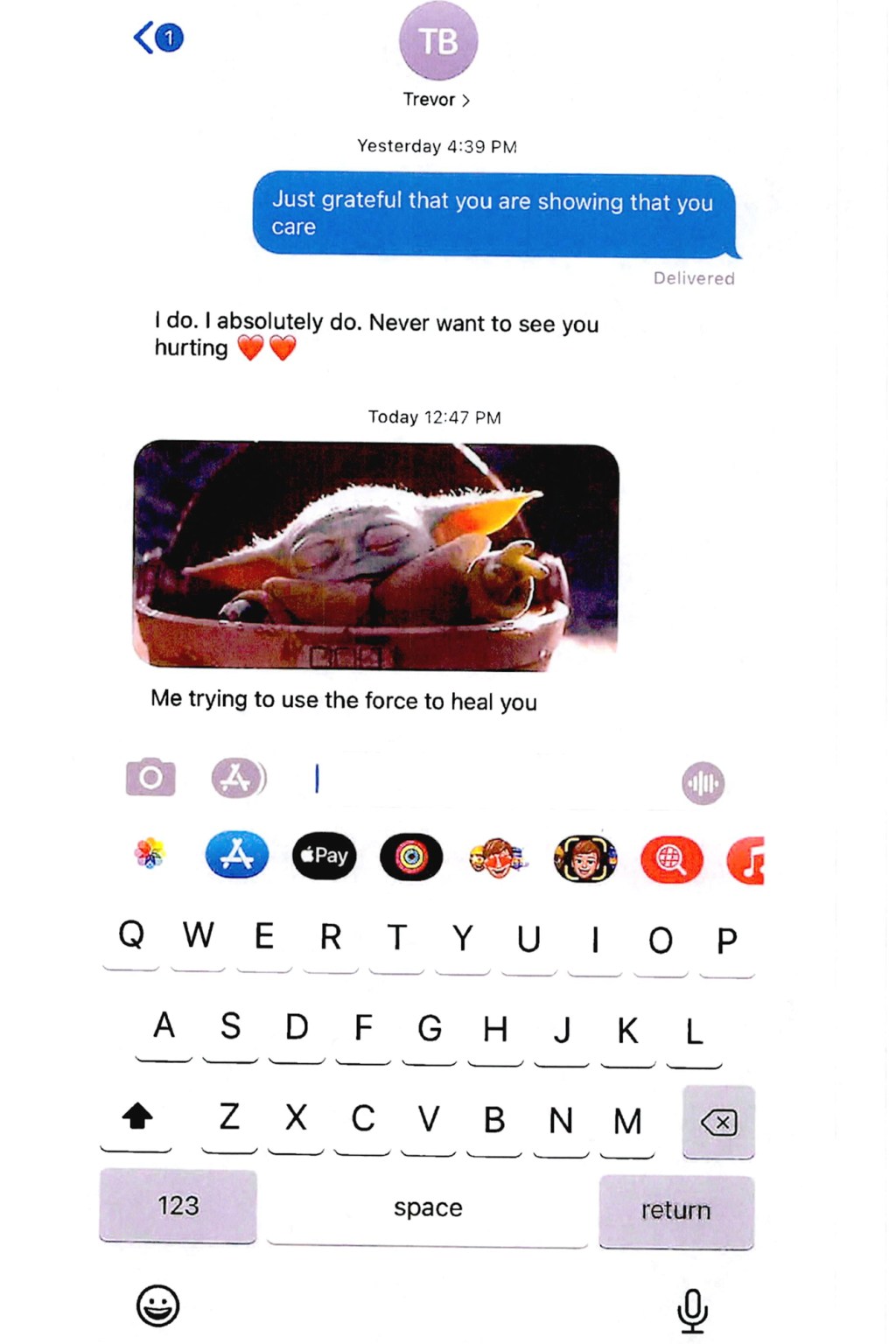 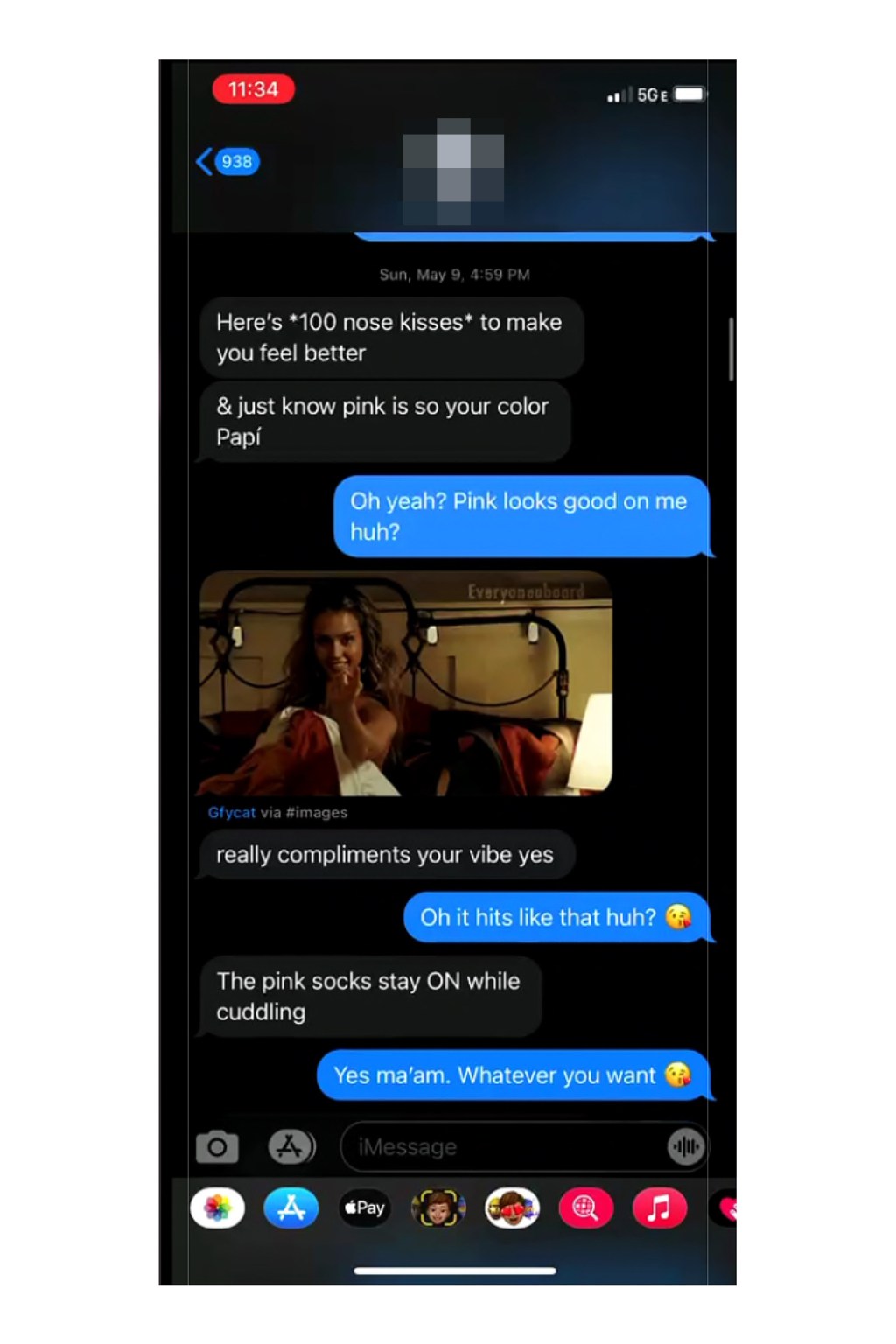 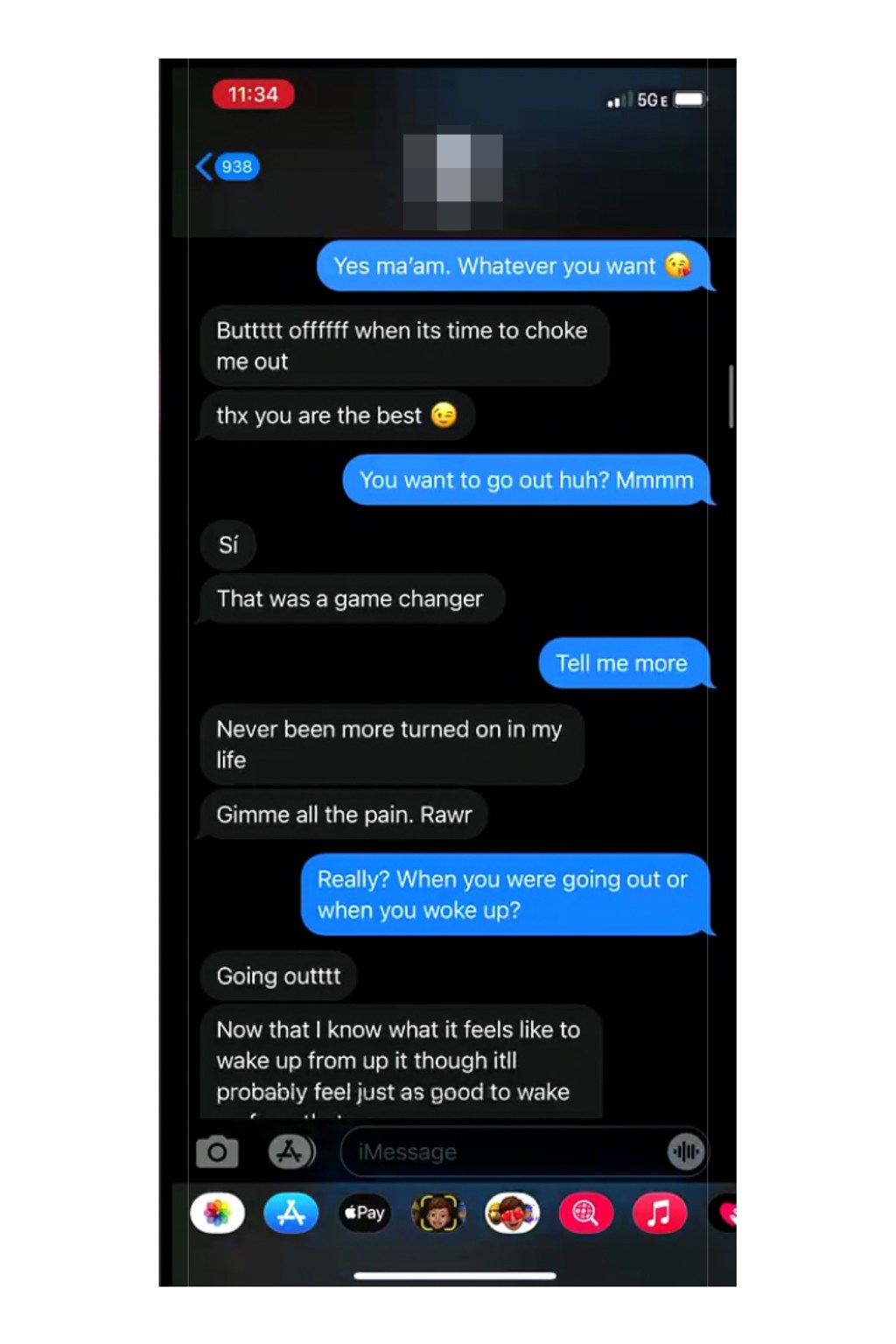 messages, New, Photos, reve, text
You may also like: