DRAMATIC satellite images show a Russian Z tank "graveyard" littered with 52 vehicles that were blown up by Ukrainian troops in a single battle.

The woefully unprepared Russian battalion was bombed to smithereens trying to cross the river Donets in Ukraine in another humiliating setback for Vladimir Putin's forces. 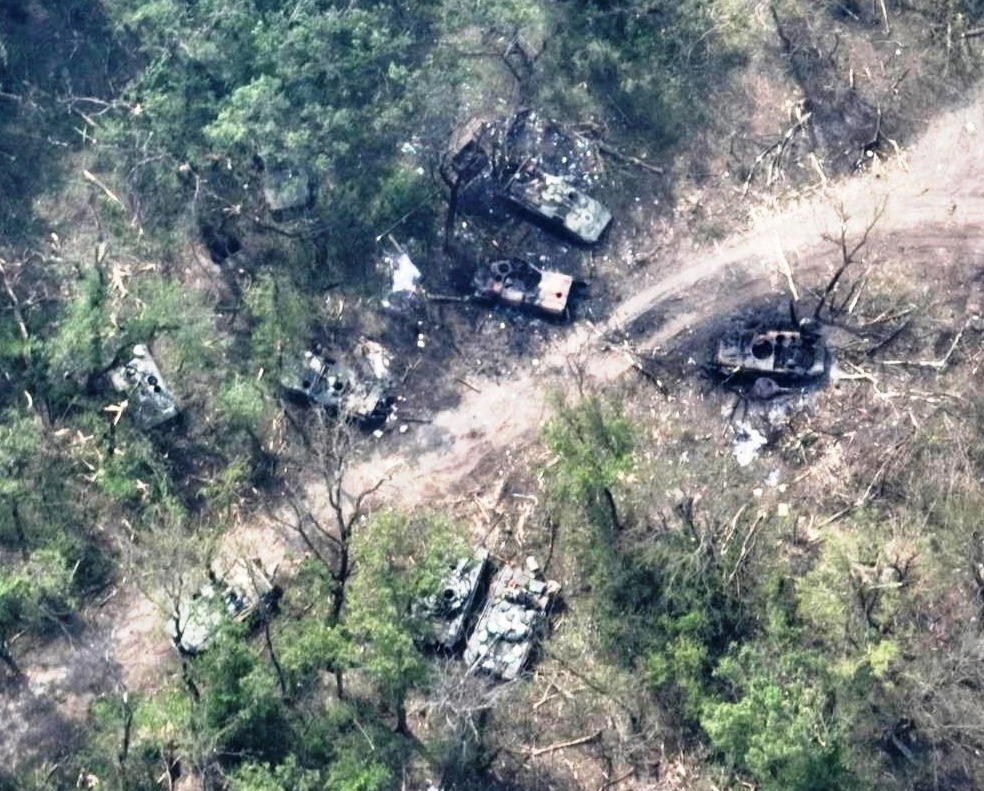 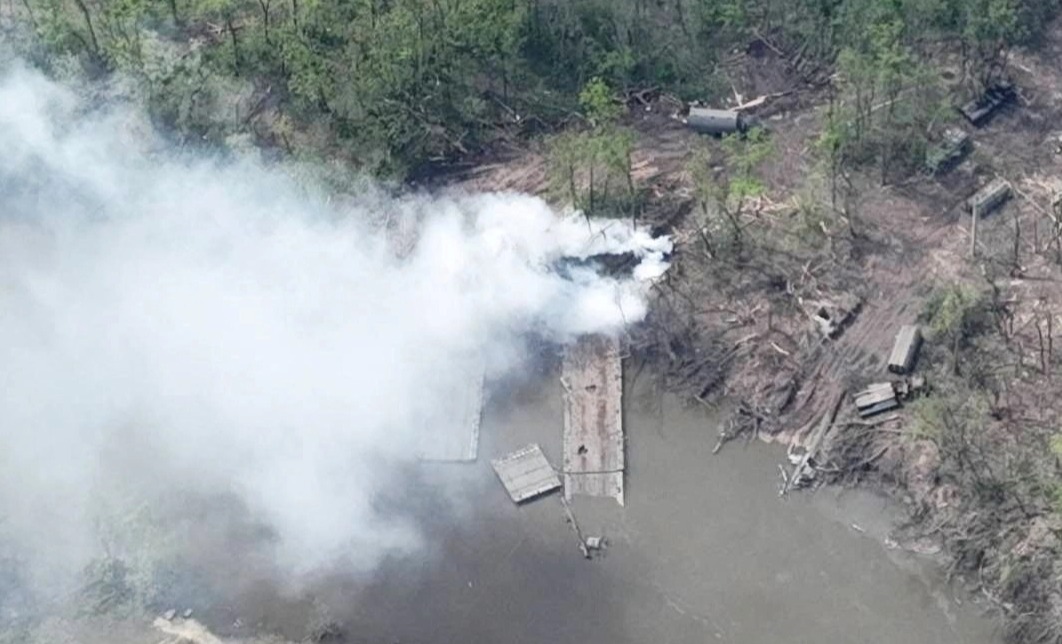 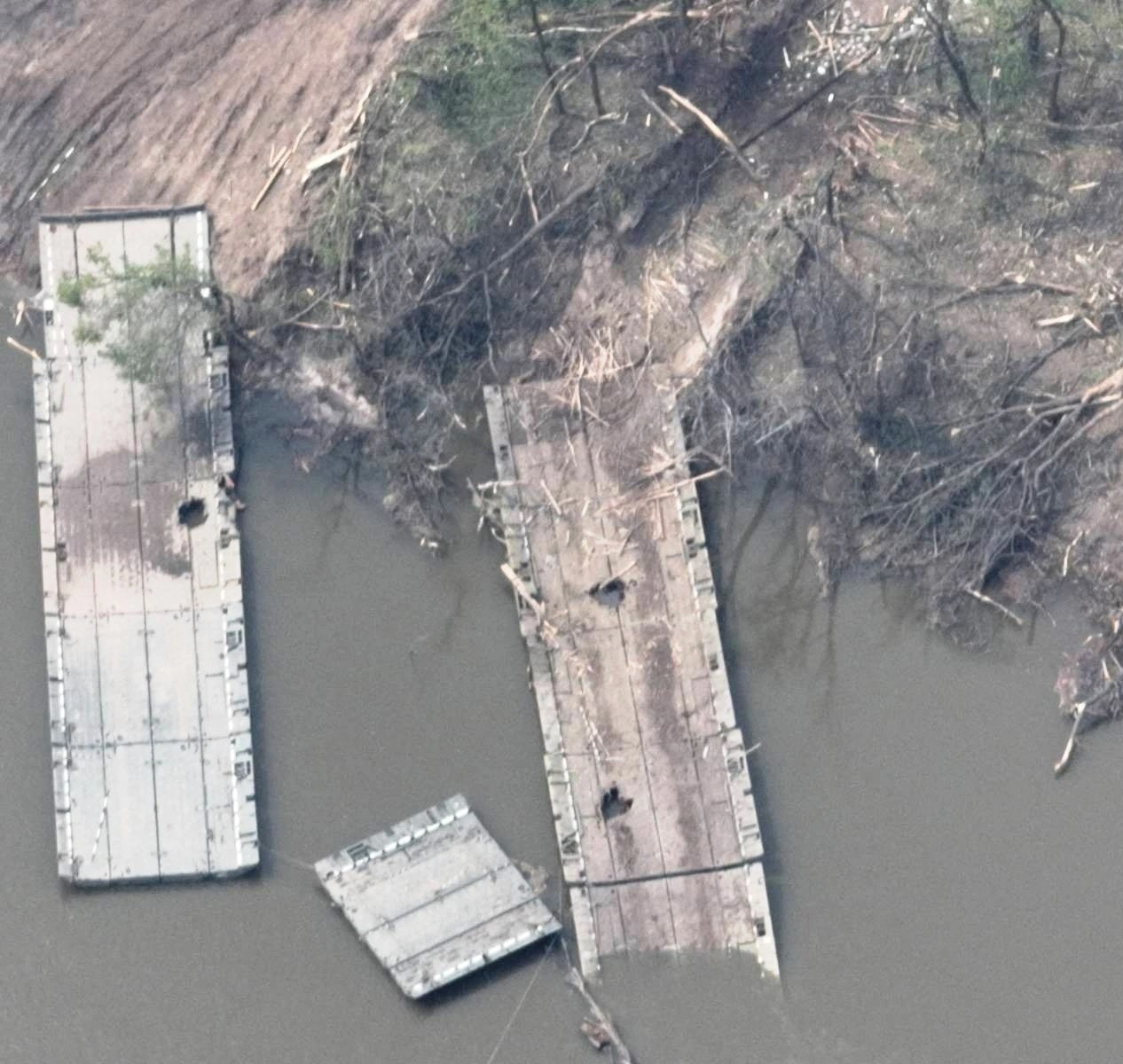 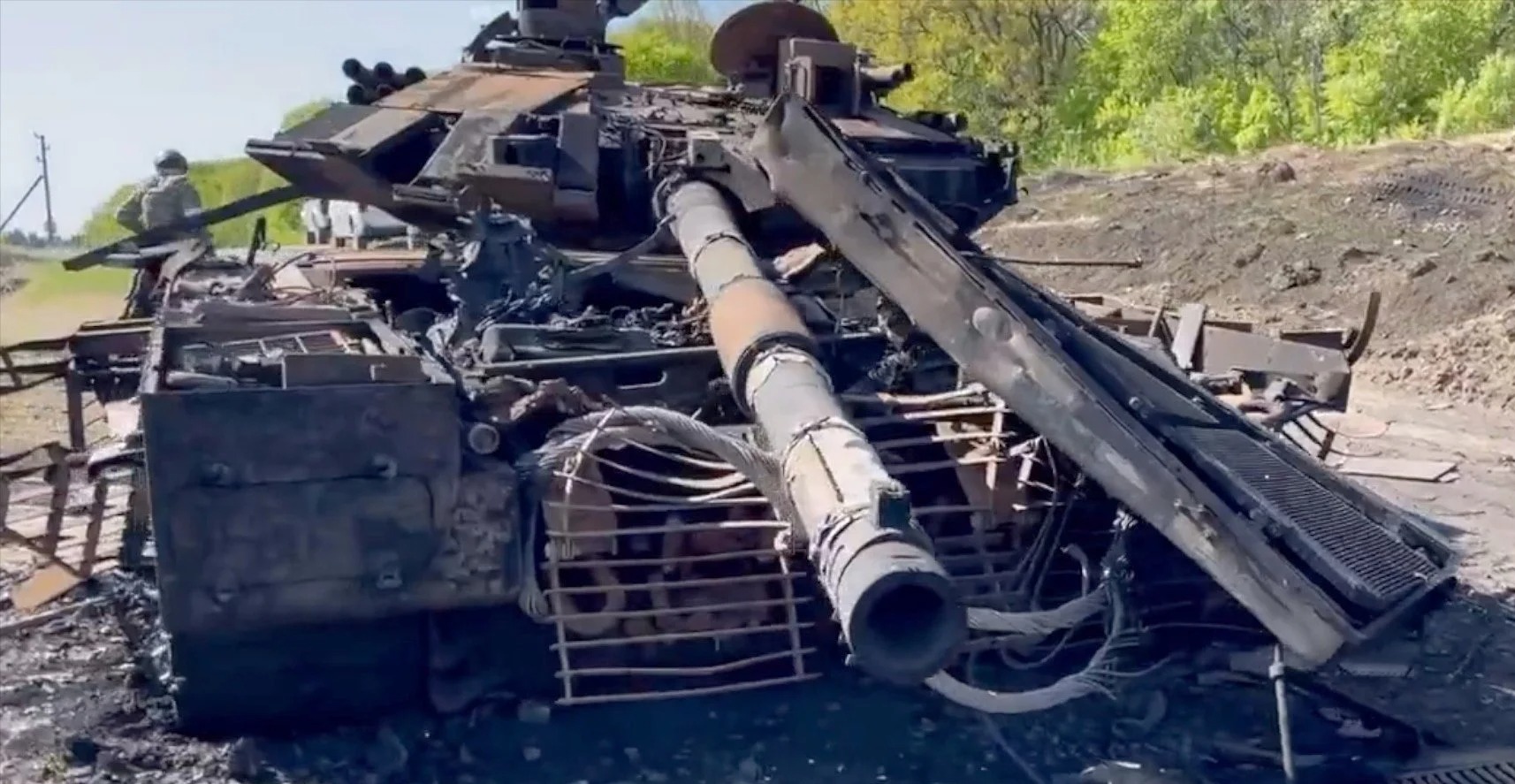 It comes as Russian forces were forced back from the outskirts of the eastern city of Kharkiv.

Ukrainian President Volodymyr Zelensky said the counteroffensive had "liberated" the country's second-biggest city and surrounding villages and given his troops a clear line to attack occupying forces around the besieged town of Izyum.

"The occupiers are gradually being pushed away," Zelensky said as he hailed the effort of his "superhuman" forces.

"I am grateful to all our defenders who are holding the line and demonstrating truly superhuman strength to drive out the army of invaders." 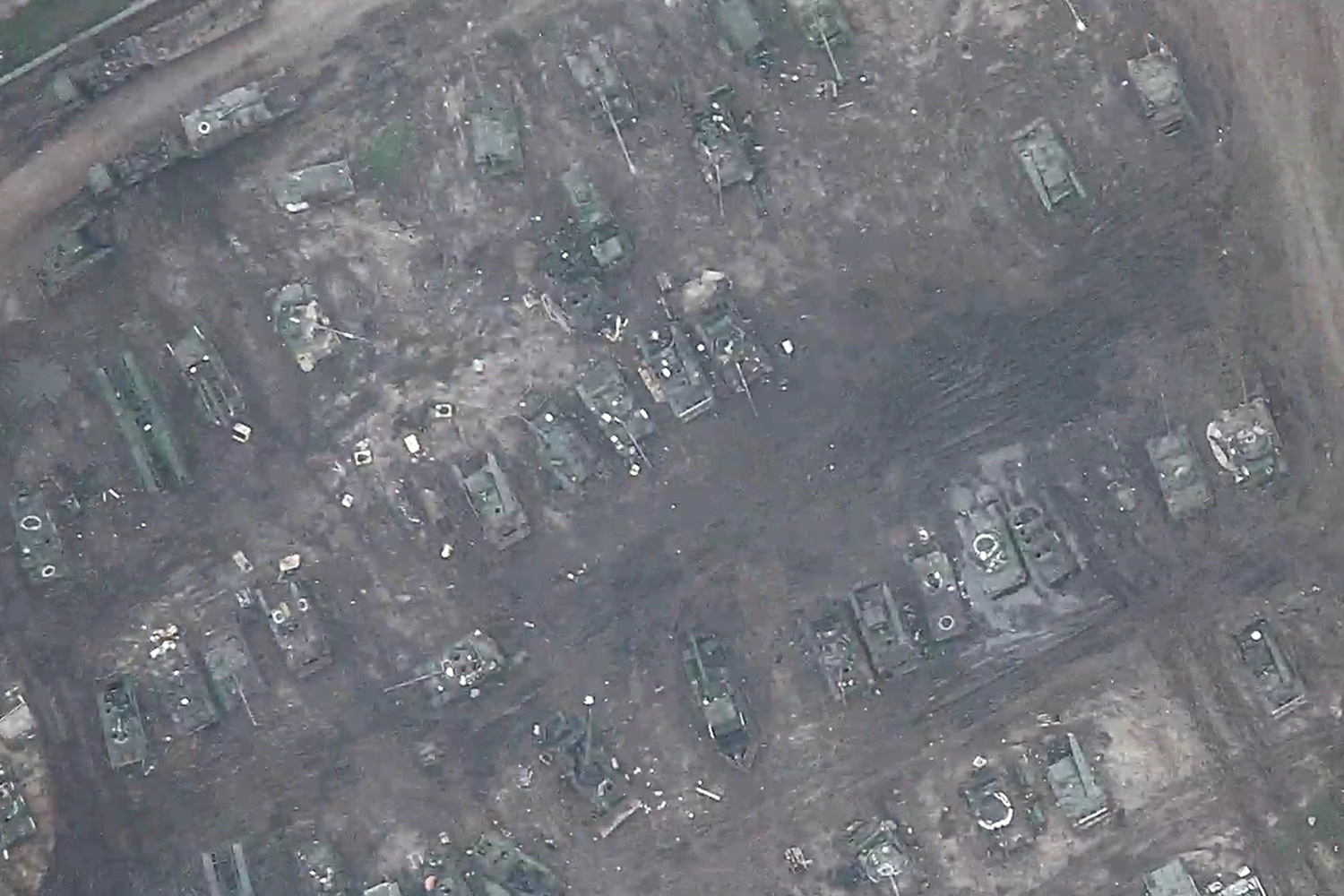 Fresh satellite images lay bare the true scale of the destruction of Russia's failed assault along the river near Bilohorivka, west of Lysychansk.

The photos show two destroyed pontoon bridges drifting down the river surrounded by bombed out tanks and armoured vehicles.

It appears Russian commanders tried to surround the cities of Lysychansk and Severodonetsk by crossing the river but had their surprise attack thwarted by Ukrainian troops who correctly guessed their plans.

Maxim, a Twitter user claiming to be a Ukrainian military engineer, said he identified the exact spot Russia was most likely to cross on May 7 and told his commanders, who ordered troops to be on the look-out for sounds of tugboat engines pushing a pontoon bridge.

On May 8, Russian troops blanketed the river by burning nearby fields and let off smoke grenades, the military engineer said.

His commanders detected the sound of boat engines and used drones to spot the battalion and ordered an artillery strike.

"Roughly 20 minutes after recon unit confirmed the Russian bridge was being mounted, heavy artillery engaged against Russian forces, and then aviation chipped in as well," Maxim said.

"I was still in the area, and I have never seen or heard such heavy combat in my life.

"After one day of combat, 9th May morning the bridge was down.

"Some Russian forces – roughly 30 to 50 vehicles and infantry – were stuck on the Ukrainian side of the river with no way back.

"They tried to run away using the broken bridge. Then they tried to arrange a new bridge.

"Aviation started heavy bombing of the area and it destroyed all the remains of Russians there, and the other bridge they tried to make.

"Rumors say it's 1,500 Russian dead. Their strategic objective was to cross the river and then encircle Lysychansk. They miserably failed."

According to Forbes, the attack wiped out more than 50 vehicles and up to 1000 Russian soldiers.

The River Donets is just one of several water barriers the Russians needs to cross in order to advance West into Ukrainian-held territory and complete its aim of capturing the Donbass.

Images of the bloody battle show the shoreline littered with bombed out T-72 and T-80 tanks and armoured vehicles.

A tug boat was wiped out, along with two pontoon bridges that were left floating in the river with huge shell holes visible on top of them.

The humiliating defeat comes as Mad Vlad's forces have been pushed back from the eastern city of Kharkiv and stalled around the strategic town of Izyum.

Their strategic objective was to cross the river and then encircle Lysychansk. They miserably failed

Brave Ukrainian defenders pushed the invaders out of the city and back beyond the border.

The push mean Ukrainian artillery can now reach the strategic town of Vovchansk, which contains a vital highway and rail line supplying Russian forces in Donbas.

The UK's Ministry of Defence said Russian troops deployed around Kharkiv were "vulnerable to the mobile, and highly motivated, Ukrainian counter-attacking force".

"Despite Russia's success in encircling Kharkiv in the initial stages of the conflict, it has reportedly withdrawn units from the region to reorganise and replenish its forces following heavy losses," the ministry said in an update Thursday morning.

"Once reconstituted, these forces will likely deploy to the eastern bank of the Donets River, forming a blocking force to protect the western flank of Russia's main force concentration and main supply routes for operations in the vicinity of Izyum.

"The withdrawal of Russian forces from Kharkiv is a tactic recognition of Russia's inability to capture key Ukrainian cities where they expected limited resistance from the population." 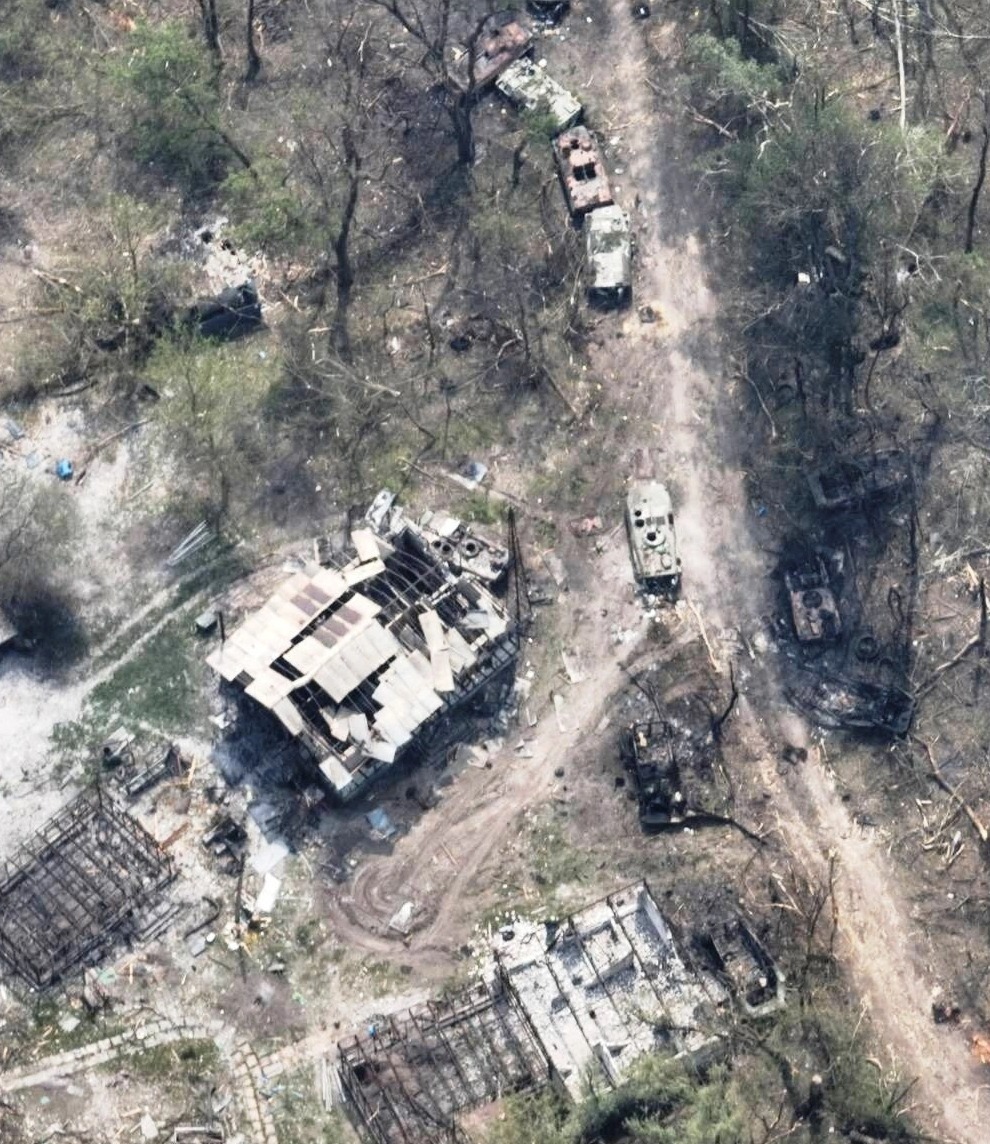 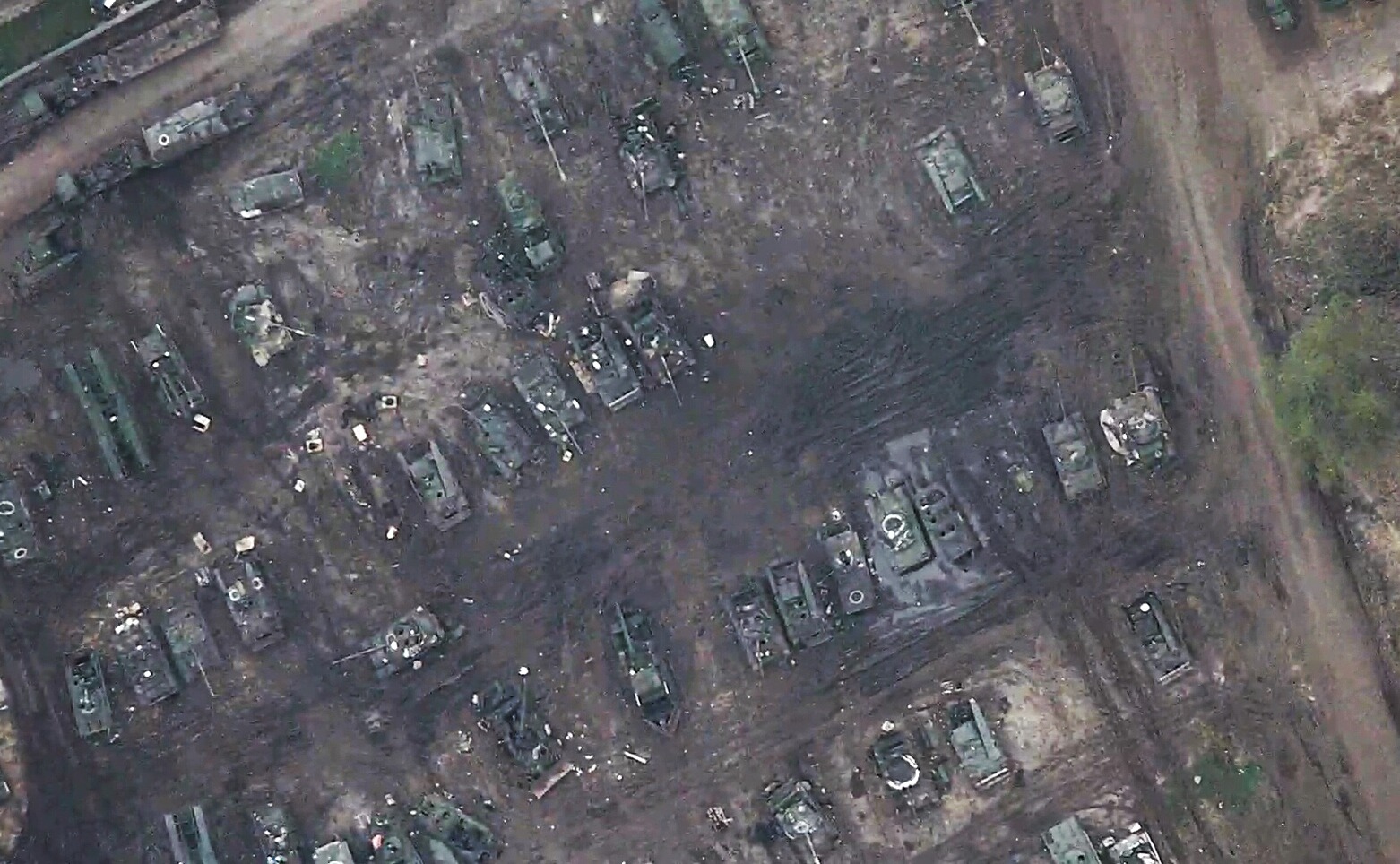