Pictured: Man and woman detectives want to speak to after sickening homophobic attack left man, 22, with bleed on the brain and broken nose, eye socket and cheekbone

Police investigating a suspected homophobic assault have released images of a man and woman they want to speak to.

Morgan Fevre, 22, needed an operation after the attack in Manchester left him with a bleed on the brain, as well as three broken teeth and multiple breaks to his nose, cheekbone and eye socket.

His parents, Paul and Dawn Fevre, rushed from their hometown of Retford in Nottinghamshire to be by his side at Salford Royal after the assault in the early hours of April 10.

Greater Manchester Police have released the images after reviewing CCTV following the incident in Charlotte Street at about 1.35am.

Detective Constable Lucy Hatton said: ‘This was an unprovoked attack in the street that the victim can remember very little about.

‘Morgan was punched in the head and then fell to the floor, and spent 10 days in hospital being treated for head and face injuries.

‘He has now been discharged from hospital but is still suffering from the after-effects of the incident.’ 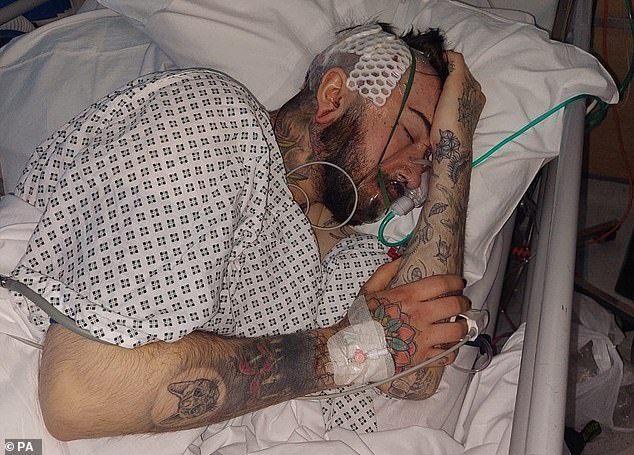 Morgan Fevre, 22 remembers little of the attack other than the homophobic abuse and negative comments about his sequined jacket, he suffered a bleed on the brain, as well as three broken teeth and multiple breaks to his nose, cheekbone and eye socket

Morgan had been on a night out with friends, with his partner Elliot going home early.

Last month Paul Fevre, 53, said his son had no memory of the attack but recalled receiving homophobic abuse and negative comments about his sequined jacket before it happened.

He said the assault had been particularly difficult because his son, a support worker for adults with learning difficulties, had moved to Manchester because he felt it was a place where his sexuality would not be an issue. 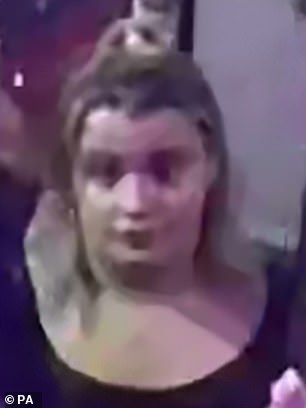 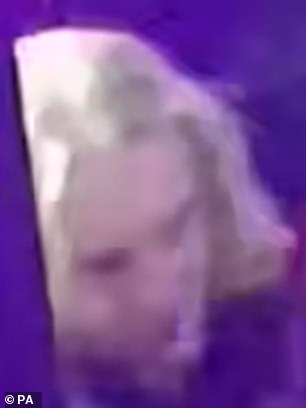 Greater Manchester Police would like to speak to the woman and man above over the suspected homophobic and unprovoked attack on Mr Fevre, 22 last month

He said: ‘Morgan would go into town on his own and make new friends while he was out, he’s that kind of chap.

‘But now, I went to see him yesterday and he just says, ‘I don’t think I could ever go out again’.’

Information can also be emailed to [email protected] or reported online by using the LiveChat function at www.gmp.police.uk.

Mr Fevre has set up a fundraiser to raise money for his son’s dental work and day-to-day expenses while he is unable to work, which can be accessed at www.gofundme.com/f/9xg6h-please-help-my-son