Piers Morgan ‘s Twitter account was hacked overnight by a foul-mouthed troll who tweeted a number of racial slurs while calling for the ‘territorial integrity’ of Somalia.

Twitter users including many of Morgan’s 8 million followers were surprised to see Morgan’s account sending out expletive-laden messages.

It soon became apparent that the the former newspaper editor and television personality’s account had been hacked by a group identifying themselves as the ‘chuckling squad’.

The hack went on for almost one hour before the page was then completely wiped. 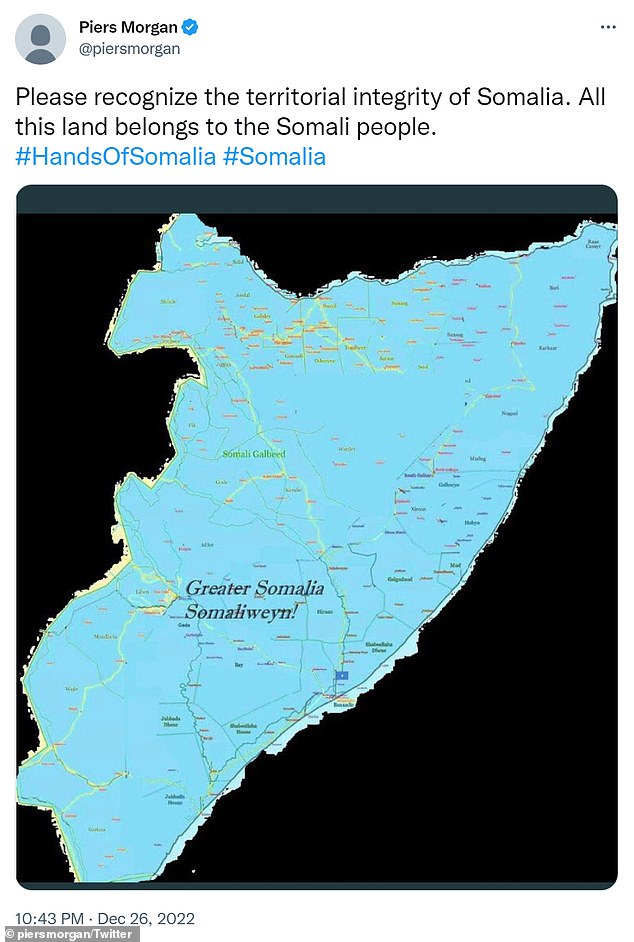 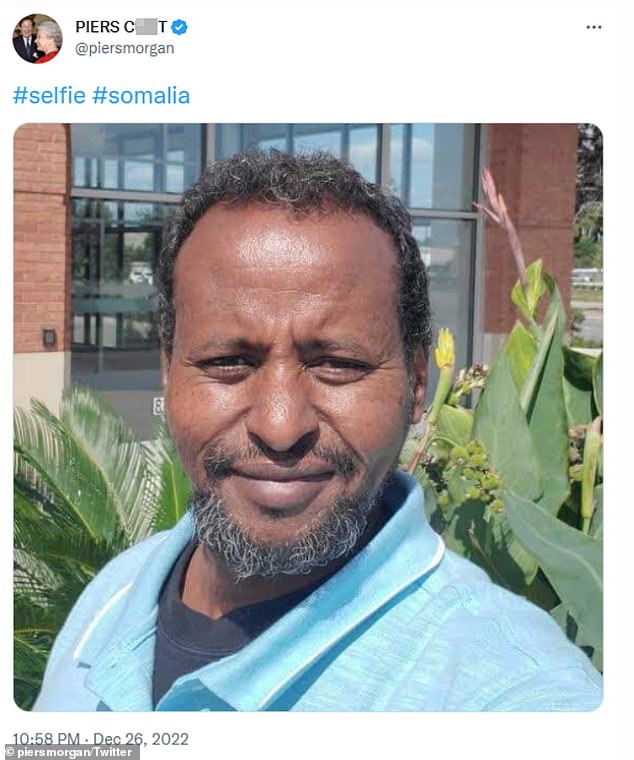 One tweet even stated ‘f*** the queen,’ while another referred to Ed Sheeran using an offensive name.

Fans and followers quickly responded, with some petitioning Twitter to address the hack and others asking the hackers to access Morgan’s Direct Messages to uncover his past communications with Meghan, Duchess of Sussex.

Some even interacted with the hacked account, requesting the release of Morgan’s DMs. 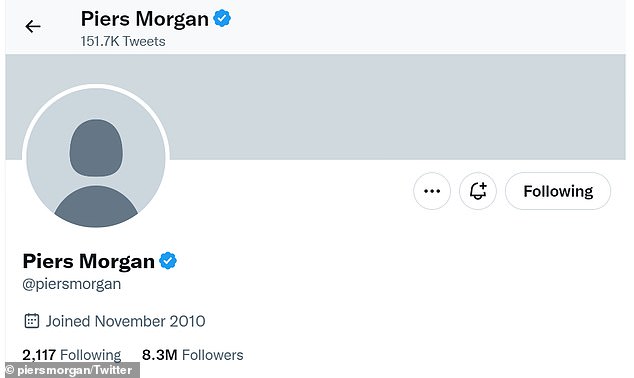 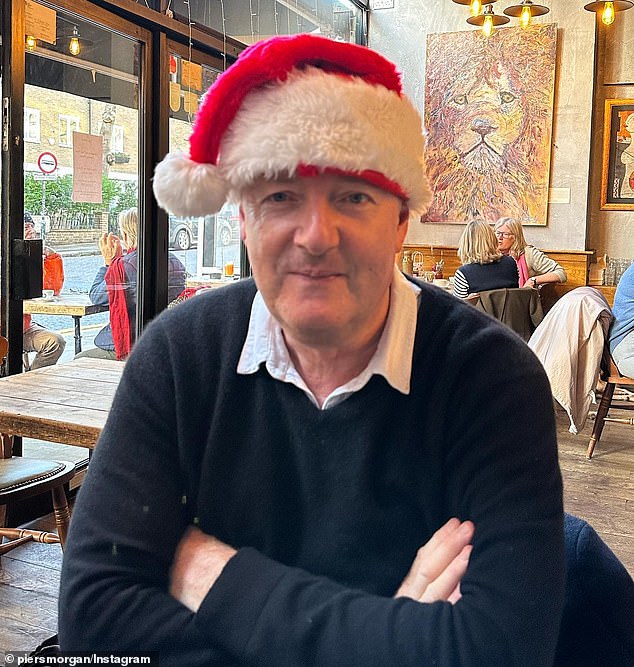 The hack also targeted other celebrities, including former British Prime Minister Boris Johnson, and caused chaos on the platform for about an hour before Twitter was able to take control of the situation and removing all of the offensive tweets.

A message stating ‘This Tweet is unavailable’ replaced the offending messages.

The bio and images on Morgan’s account were also removed, effectively ending the hack but the episode serves to highlight the importance of securing one’s account and the potential consequences of falling victim to a hack.

The group purportedly behind the attack, Chuckling Squad, is a group of hackers who gained notoriety in 2019 for taking over a number of high-profile Twitter accounts, including those belonging to various celebrities and public figures.

The hacker, or hackers, have claimed to be a part of the group The Chuckling Squad, but it has yet to be confirmed by officials.

The group has claimed responsibility for a number of high-profile hacks in the past and have used ‘SIM swapping attacks’ as a method in which a hacker takes control of a victim’s phone number by tricking or coercing a phone company into transferring the number to a SIM card that the hacker controls.