Plans for blanket amnesty for Troubles-related crimes are scrapped

Plans for blanket amnesty for Troubles-related crimes have been scrapped, with immunity now dependent on individuals co-operating with investigations.

Last year, there was outrage when the Government unveiled proposals to offer an effective amnesty for Troubles offences.

The plan was popular with some rightwing Conservative MPs and army veterans, but the Downing Street has since altered its proposals.

The Northern Ireland Troubles (Legacy and Reconciliation) Bill appears to have been tweaked after the Government ‘carefully listened’ to almost universal opposition in Northern Ireland. 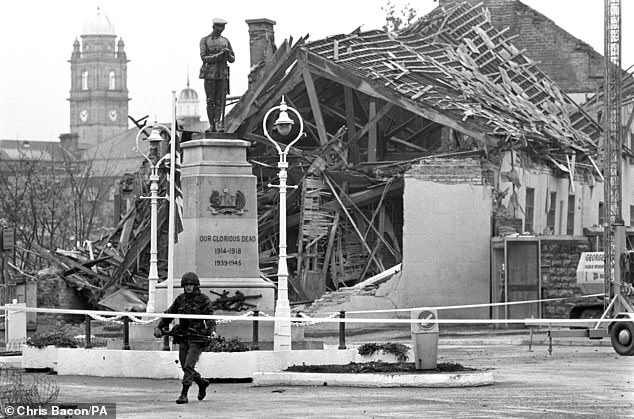 More than 3,500 people were killed during the Troubles, with a backlog of 900 legacy cases involving 1,200 deaths still with the police

It was seen as a way of security forces veterans avoiding persecution — leaving families without the answers they had been searching for.

The changes aim to provide better outcomes for victims, survivors and veterans, and leaves open the route of prosecution if someone is not deemed to have earned their immunity.

DUP leader Sir Jeffrey Donaldson said the people of Northern Ireland ‘want truth, but they also want justice’ and wouldn’t comment on the revised plan until he had seen the full detail.

More than 3,500 people were killed during the Troubles, with a backlog of 900 legacy cases involving 1,200 deaths still with the police.

Details outlined after the Queen’s speech, delivered by Prince Charles, revealed the focus remains on ending what the Government terms the ‘cycle of investigations that has failed both victims and veterans’. 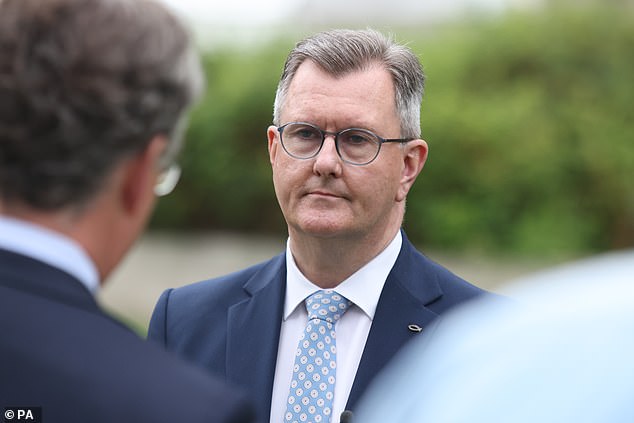 DUP leader Sir Jeffrey Donaldson said the people of Northern Ireland ‘want truth, but they also want justice’ and wouldn’t comment on the revised plan until he had seen the full detail

Secretary of State Brandon Lewis described it as an ‘improved approach’ to addressing legacy, adding: ‘The Government is confident that forthcoming legislation will better support those most impacted by the Troubles.’

Sir Jeffrey said some innocent victims have waited decades for the opportunity to have justice, adding: ‘They have the right to pursue that.’

‘We will judge what the Government proposes against whether the opportunity for justice still remains,’ he said.

‘We haven’t seen the detail of what the Government is proposing so I can’t comment on that until we see it, but we have very clear principles in terms of how we deal with the legacy of the past.

‘We must not allow a situation to develop where people are able to rewrite the narrative which suggests that the terrorists who committed terrible atrocities across the board are somehow either exonerated or can walk away.

‘That is not what I think the people of Northern Ireland want. They want truth, but they also want justice.’

As part of the proposal, immunity would depend on someone’s co-operation with a new Independent Commission for Reconciliation and Information Recovery.

The new body’s aim is to help families seek and receive information about Troubles-related deaths and serious injuries.

It is also designed to produce an historical record of what is known in relation to every death that occurred during the Troubles.

The Government described having ‘listened carefully’ to responses to the original proposals.

It said a model where immunity is ‘only provided to individuals who co-operate with the new commission provides the best route to give victims and their families the answers they have sought for years as well as giving our veterans the certainty they deserve’.

The Bill is to extend and apply in the main across the UK, with some provisions extending and applying to Northern Ireland only.

More than 3,500 people were killed during the Troubles, including more than 1,000 members of the security forces.

The currently legacy workload for the Police Service of Northern Ireland is more than 900 cases involving 1,200 deaths.

The Government suggested that using limited resources to pursue a small number of cases to prosecution means only a tiny number of families stand even a chance of seeing someone prosecuted over the death of their loved one.

Amnesty International described the Government proposals as a ‘sinister denial of rights’.

Grainne Teggart, campaigns manager, said the proposals also ‘dismiss victims’ strong objections and are a worrying interference in the rule of law’.

‘No one is fooled by the UK Government’s attempt to dress this up as anything other than a process designed to block victims from ever getting justice. Once again, victims are being shamefully let down,’ she said.

‘The right thing for government to do is clear – deliver a comprehensive and human rights compliant way to deal with the past. If they don’t, Parliament must reject this.

‘It is unacceptable that families, whose suffering extends over many decades, are faced with government legislation which would put perpetrators of crimes – both state and non-state – above the law and beyond accountability.’ 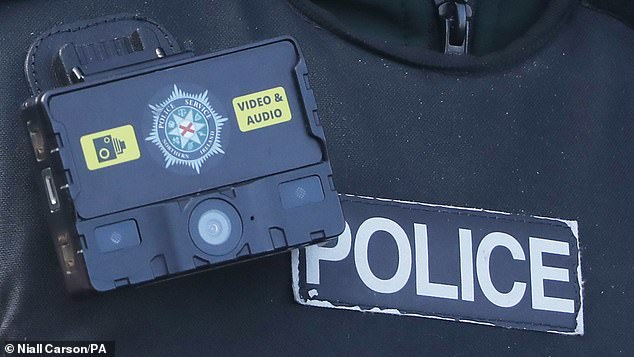 Michael O’Hare, whose 12-year-old sister Majella was shot dead by a British Army soldier in 1976, is being supported by Amnesty in seeking an independent investigation into his sister’s death.

‘My family has fought for decades for truth and justice. Anything less than full vindication of our rights is a painful and devastating betrayal to us and all victims who have fought long and hard for their loved ones,’ he said.

‘The UK Parliament must stand with victims and send a clear message that the rule of law applies to all. We will not accept our paths to justice ever being so cruelly blocked. No one is above the law.’

Victims’ groups, including Relatives for Justice and the Truth and Justice Movement, have also expressed dismay at the proposals.

‘We have listened to not just the parties but the victims’ sector, veterans, individuals, organisations from across civil society,’ the spokesman said.

‘The previous approach was not working. We believe that this will help with effective information recovery which provides answers for families and delivers on our commitments for Northern Ireland.’

The Irish deputy premier welcomed the announcement that immunity for Troubles-related crime will depend on individuals co-operating with an information retrieval body.

‘I think it’s good news that they’ve abandoned plans for a blanket amnesty for British soldiers and terrorists who may have been involved in crimes in Northern Ireland and elsewhere,’ Tanaiste Leo Varadkar told RTE radio.

‘These are new proposals. I think it’s very important that the British government should now engage with us and, in particular, engage with the parties in Northern Ireland and the victims’ groups.’