‘Defy the doom mongers’: Boris Johnson is urged to stand firm in the face of calls for tougher Covid curbs as Cabinet is warned that Omicron variant is ‘more transmissible’

The Prime Minister yesterday warned the Cabinet that the new Omicron variant appears to be ‘more transmissible’ than previous strains and is spreading quickly across the UK.

Downing Street insisted that ministers had not discussed the introduction of so-called Plan B measures, such as working from home and vaccine passports. But one source said the ‘sobering’ briefing appeared to be designed to soften up ministers for the potential introduction of tougher curbs in the coming days.

Senior Tories last night warned the PM he would face a major backlash if he attempted to impose new restrictions to control the spread of a new variant which has yet to put a single person in the UK in hospital. 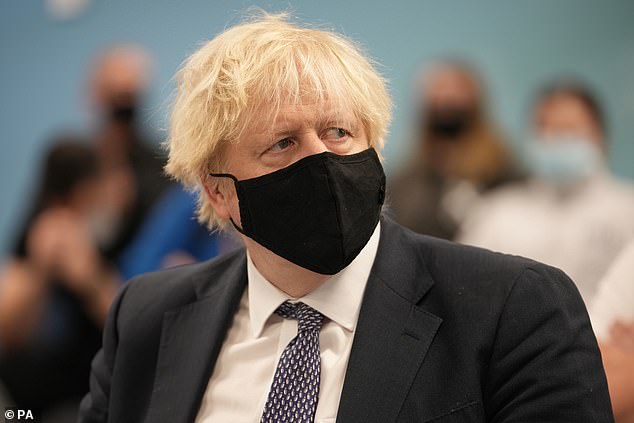 One Cabinet source urged Mr Johnson to stick to his guns and resist calls from Government scientists to impose restrictions before the possible threat from Omicron is even known.

Another backed ex-PM Theresa May, who said on Monday that Britain could not afford to respond to every new variant by ‘stopping and starting sectors of our economy’. The minister said: ‘Theresa was right… We have to learn to live with it. We cannot run the country solely in order to manage demand for the NHS.’

Sir Iain Duncan Smith said the Government had to ‘hold our nerve’ and trust in the protection of the vaccination programme.

Former Cabinet minister David Davis said: ‘As far as I can see, Omicron appears to be a very infectious but less virulent variant.’

Downing Street has said Mr Johnson will update MPs next week on whether Covid restrictions will need to be tightened. But a Whitehall source said a decision could even come this week.

The source said ministers were still waiting for data on the severity of the virus and its ability to bypass vaccines. ‘It does seem to be spreading more quickly…and that is obviously worrying,’ the source said.

The PM’s official spokesman said the Government could move to Plan B ‘relatively swiftly’ if necessary, but insisted it was not currently being discussed.

Early analysis by the Government’s scientific committee Sage suggests Omicron cases are doubling every three days, with over 1,000 new infections each day.

The advisory group of scientists met yesterday to discuss ways to curb the threat of the strain as some called for working from home to be introduced immediately. 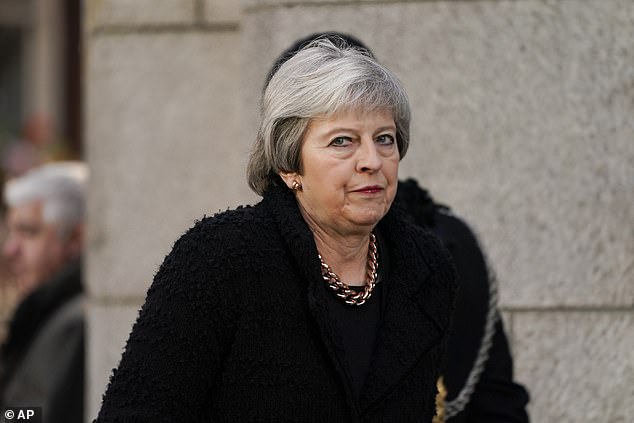 One Cabinet source backed ex-PM Theresa May, who said on Monday that Britain could not afford to respond to every new variant by ‘stopping and starting sectors of our economy’

Employers should continue encouraging staff back to the office, despite the spread of Omicron, Downing Street says.

Nicola Sturgeon yesterday told firms in Scotland to ask their staff to work from home until the middle of January wherever possible.

But No 10 played down reports that Boris Johnson is poised to follow suit and bring back advice to work from home.

His spokesman said: ‘We are encouraging businesses to bring back people into the office in line with the guidance and taking account of things like ventilation, good hand hygiene, using testing should they wish to.’

Scotland’s First Minister Nicola Sturgeon said the R-rate for the variant appeared to be ‘well above two’, meaning that on average each infected person passes on the virus to at least two more.

The official total of Omicron cases in the UK now stands at 437, after another 101 were confirmed yesterday. But the actual number is likely to be significantly higher as it takes several days for genetic sequencing to be conducted in labs.

Separate analysis, based on data from the UK Health Security Agency, suggests one in 50 cases in England are now the Omicron variant.

A total of 45,691 Covid cases were recorded yesterday along with a further 180 deaths.

Dr Jeffrey Barrett, of the Covid-19 genomics initiative at the Wellcome Sanger Institute, said Omicron would take over as the dominant variant of coronavirus ‘within a matter of weeks’.

He added: ‘The fact that so far we have seen not very many severe cases of Omicron, maybe because it is infecting these individuals with some amount of immunity… that’s good news …but I think it is too soon to assume… Omicron is more mild than Delta.’

Meanwhile Professor Andrew Hayward, of the Government’s Nervtag advisory group, told Times Radio: ‘If [Omicron] was half as severe, but you have three times as many cases, that’s still a worse situation.’