Police have launched an appeal for witnesses after a fatal crash in an upmarket central London square left an elderly woman dead.

The woman, aged in her 70s, was a passenger in a Renault Modus when it crashed during rush hour on August 9.

She was rushed to hospital by paramedics following the incident, but later died on 20 August, police said.

The driver reportedly ploughed into the row of stationary cars just before 9am in upmarket Connaught Square, near Marble Arch.

The square in Bayswater sits opposite Hyde Park and houses there cost an average of £5million.

Metropolitan Police said the driver of the Renault stopped at the scene after the collision and is helping with them with their enquiries.

Detectives launched an appeal for any witnesses to the crash to come forward. 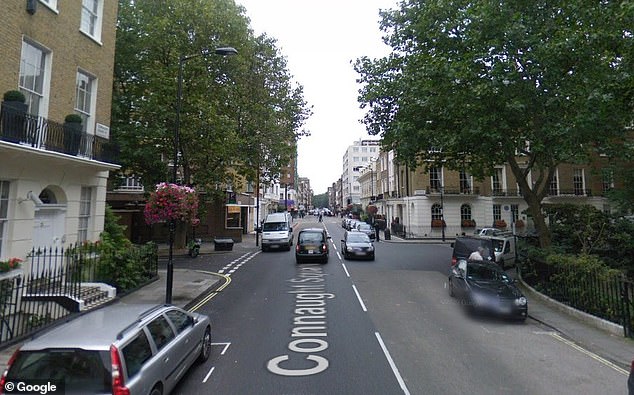 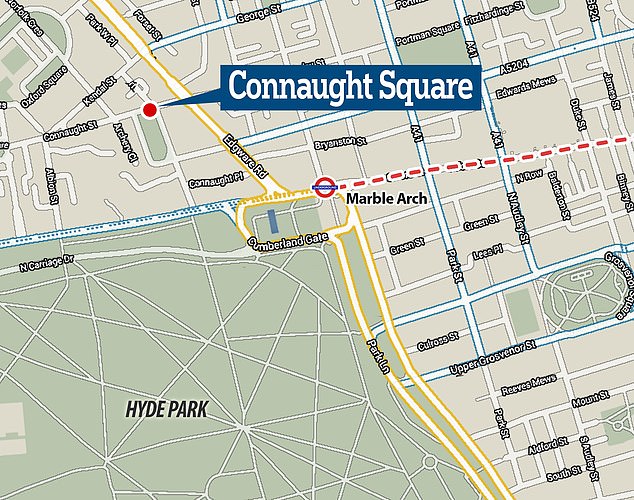 A spokesman from the force said: ‘Police were called at 8:55am on Tuesday, August 9 to reports of a collision involving a Renault Modus and a number of stationary vehicles in Connaught Square, W2.

‘Officers attended along with the London Ambulance Service.

‘A woman, aged in her 70s, who was a passenger in the Renault, was taken to hospital. Sadly, despite the efforts of medical staff, she died on Saturday, August 20. Her next of kin have been informed.

‘The driver of the Renault stopped at the scene and is helping with police enquiries.

‘Detectives from the Met’s Serious Collision Investigation Unit are working to establish the circumstances of the collision and would like to hear from any witnesses, who they have not yet spoken to, or anyone who captured it on dash cam.’