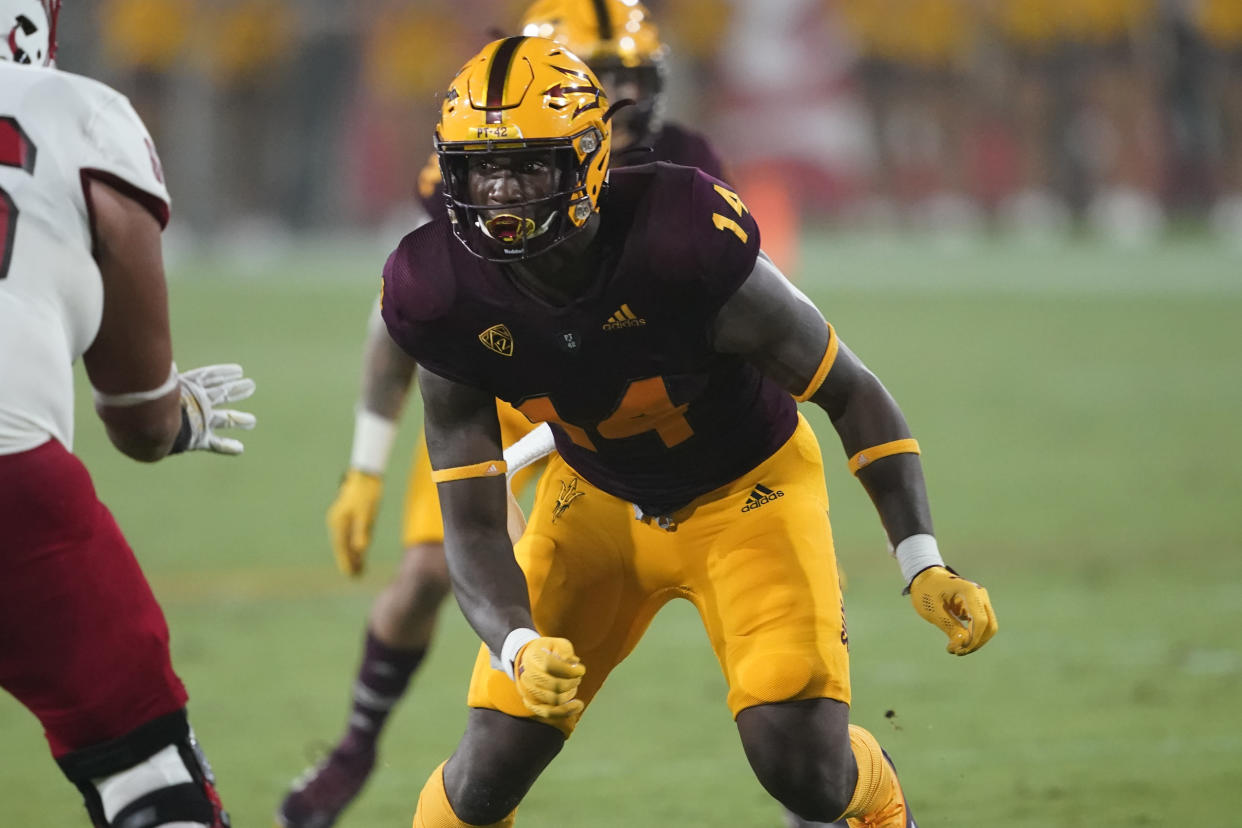 Police in Scottsdale, Arizona have charged Arizona State football player Stanley Lambert with driving under the influence after a pedestrian was struck by a car and died from her injuries.

Police told Yahoo Sports that a car struck a 23-year-old woman as she crossed a road in Old Town Scottsdale around 1:38 a.m. on Saturday. The car's driver was allegedly identified as Lambert. Scottsdale police arrested Lambert on count of DUI/impaired to the slightest degree and one count of DUI/BAC of .08% or more.

Police released Lambert amid an ongoing investigation and pending lab results for blood alcohol level. Lambert could face additional charges depending on the outcome of the investigation. Arizona State acknowledged the incident in a statement.

“We are aware of the tragic situation over the weekend involving one of our student-athletes," the statement reads. "Our thoughts are with the family and friends of all involved. We are still gathering information and we do not have any other statement at this time.”

Lambert, a redshirt senior, is a defensive lineman for the Sun Devils. He's appeared in 14 games as a backup, recording four tackles and two sacks.