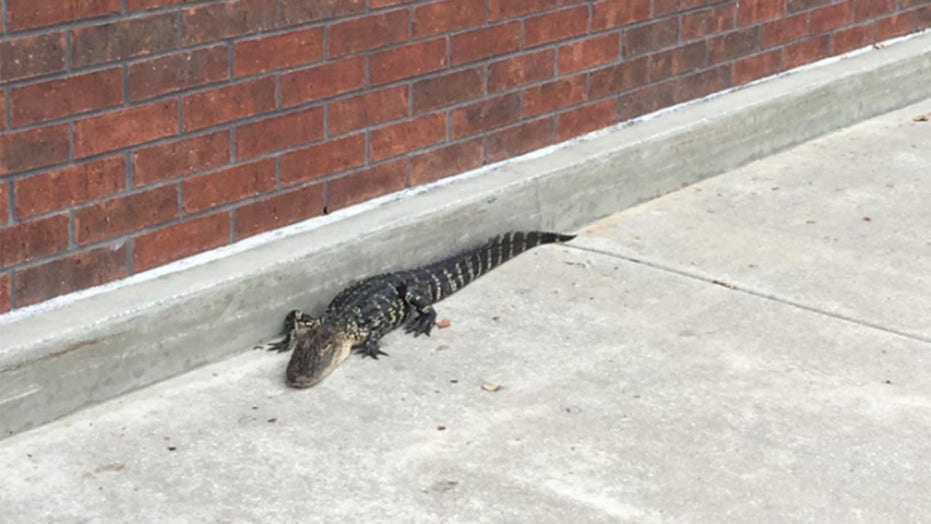 This is one suspect that can’t be cuffed because his arms are too short.

A police department in Florida recently shared images of a trespasser being removed from a mall. Apparently, alligators aren’t allowed inside shopping complexes.

The Largo Police Department posted the images to its Facebook page. The post is captioned, “This trespasser at the Largo Mall yesterday was a wild one.” A hashtag then identifies the intruder as an alligator.

In the footage, two police officers can be seen carrying the animal out of the mall. The gator has a bag placed over its head (for obvious safety reasons) and one of the officers appears to be carrying a rod to help control the animal.

The alligator appears to be calm throughout the ordeal.

The LPD also shared a photo to its Facebook of the alligator from before it was caught. The image, which shows that animal hanging out near a brick wall, is captioned “The suspect just before the apprehension.”

Facebook users appeared to be as amused as the police department, with one user writing, “He was just doing some shopping, come on!”

Another user joked that it was weird to see the gator near the Target side of the mall.

This is just the latest encounter between people and alligators in a public space.

As Fox News previously reported, a person visiting a post office in Florida reportedly walked into a startling sight: an alligator hanging out in the lobby. Apparently, the animal had simply walked in through the building’s front doors and was hanging out.

The Hernando County Sheriff’s Office posted about the incident on Facebook in mid-June, writing that it received reports of an alligator in the lobby of a local post office around 3:30 in the morning.