Police are investigating after damage was caused to an amphibious tank which sank during rehearsals for D-Day in 1944.

The only remaining turret has been knocked off one of the seven Duplex Drive Valentine tanks, which lie 800 yards off the coast at Studland Bay in Dorset.

The site is listed both as a war grave and an underwater historic monument. 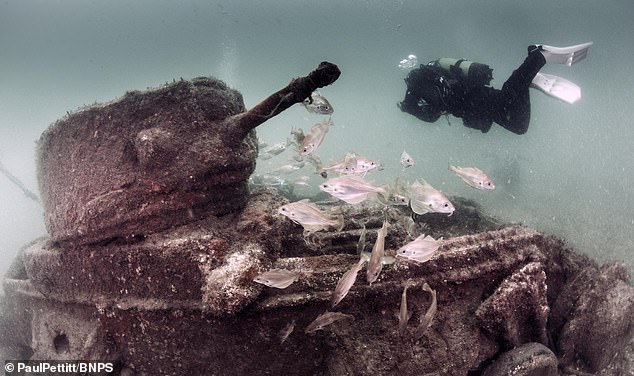 Seven of the Valentine Duplex Drive (DD) tanks (pictured) were overcome by the waves during the operation and sunk in 60ft of water. Police have now launched an investigation after the last remaining turret was knocked off one of the remaining tanks 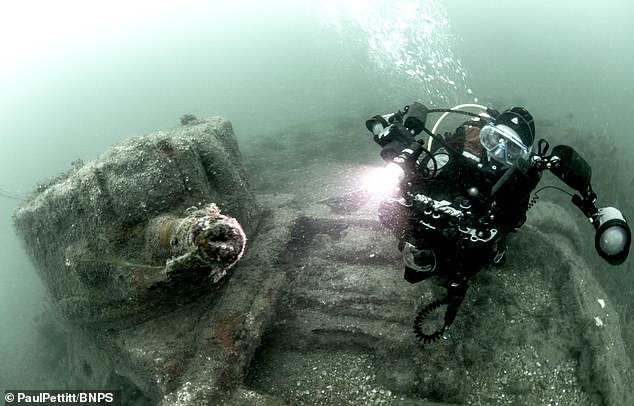 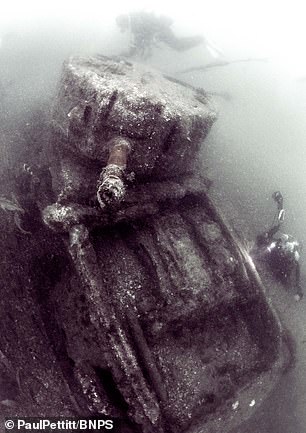 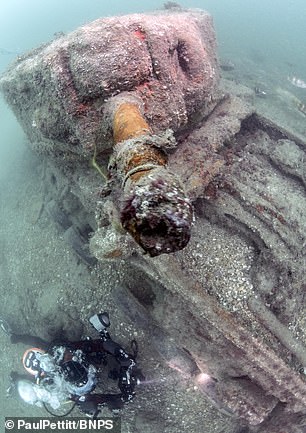 Most of the tanks on the seabed have at least part of the turret and the guns seem to have survived. They are covered in algae and act as an artificial reef for marine life

Experts believe the wreck could have been disturbed because the spot is popular with military enthusiasts. But there are fears that human remains may now be exposed.

Professor David Parham, from Bournemouth University, told The Mail on Sunday: ‘The turret is now lying alongside the tank. The accident has exposed a pile of delicate organic archaeological material.

‘We also know that six people died when these tanks were lost, and it’s not impossible that there may be somebody in there.

‘Five of the bodies were never recovered.’

Historic England said it was working with the police. A spokesman for Dorset Police said the damage was believed to have happened last month.