Police probe psychiatric hospital carer who got his patient pregnant… so why is the baby being sent to live with HIS family in Ghana? And why, asks the maternal grandmother, is she being frozen out by social services?

A baby girl born after a male hospital carer made a psychiatric patient pregnant is being removed from foster parents in Britain to live with the father’s family in West Africa.

The Crown Prosecution Service is considering whether the carer should be charged under the Sexual Offences Act following a police investigation. Yet he has been allowed to visit his daughter every month – a privilege denied to the mother and her family.

Now, in a decision described as ‘totally bonkers’ by an MP, social workers are preparing to send the two-year-old to Ghana.

In an interview with The Mail on Sunday, her maternal grandmother said: ‘It’s crazy. I haven’t been allowed to even meet the baby. We are told she is going to live in Ghana to be raised by the parents of the man who did this to my daughter.

‘They’ve walked away with my granddaughter and left us all traumatised. What if she goes there and disappears forever? That is my fear.’ 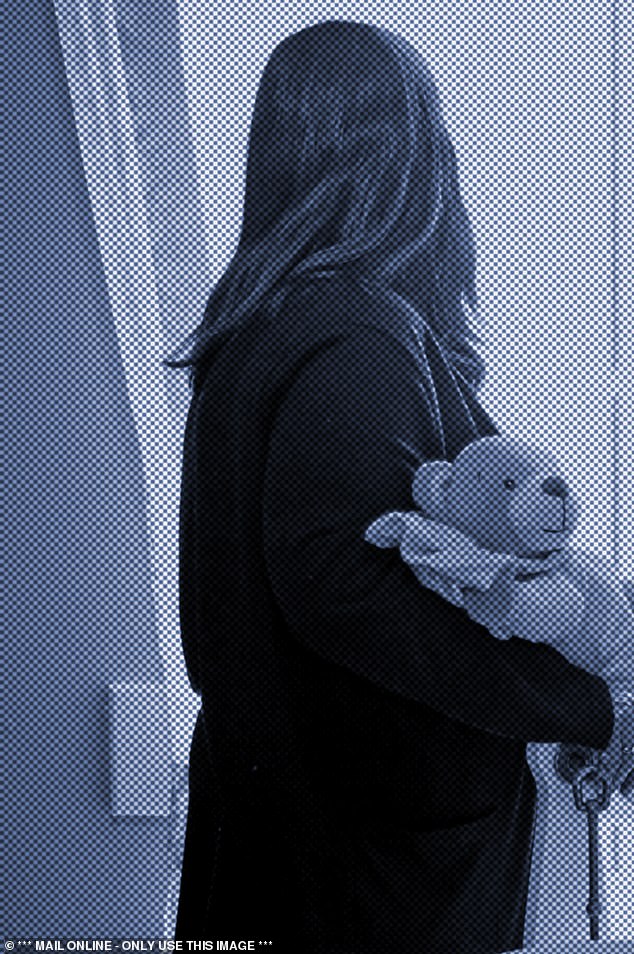 Social services initially agreed to let the grandmother foster the child if she cut all ties with her daughter, who can have no contact with her baby because of her illness. The grandmother refused.

It is understood the local authority then approached the father’s parents because it is legally bound to consider placing children with ‘wider family members before any other arrangements or orders can be put in place’.

The grandmother, however, believes that, given the circumstances, the child should have been adopted in the UK.

She said her vulnerable daughter, who cannot be named for legal reasons, is severely mentally ill and was sectioned under the Mental Health Act.

She was under the care of doctors at a psychiatric hospital in Surrey when she had sex with the carer.

‘One day she rang out of the blue and said, ‘Mum, I’ve got something to tell you. I need your help. I’m going to have a baby’.

‘I was in disbelief, at a loss as to how this could have happened,’ the grandmother said.

‘She told me much later that this carer would come to her room at night, that it happened over a period of time. She said he came in, closed the door and took off all his clothes. That was it. She wouldn’t say anything further.’

It is against the law for a carer to have a sexual relationship with a patient with a mental disorder, an offence punishable by up to 14 years in jail.

‘Investigations into such offences are complicated and do take time,’ a spokesperson for Surrey Police said. ‘The matter is still under investigation and we cannot comment any further, other than to say we are seeking advice from the Crown Prosecution Service.’

The woman gave birth by caesarean section at a maternity hospital in Hampshire after a judge ruled that she lacked the mental capacity to make her own medical decisions. A painful battle with social services then followed, during which, according to the grandmother, wrong-headed decision-making prevailed over common sense.

Initially, the grandmother, who lives in the South of England, was lined up as the baby’s guardian. ‘I was told I would be taking the baby home from hospital, but after the court order relating to the caesarean everything changed,’ she said.

‘My daughter was overdue by a couple of weeks and wouldn’t agree to a caesarean and at one stage seven members of staff had to pin her down. She was in a terrible state, so it was pretty clear that she was not in a fit state to consent to sexual relations.

‘When I went to the hospital on the day of the birth, they wouldn’t let me see her. I had to stay in the waiting area and I was told if I made any attempt to go in, I would be arrested.

‘It was totally unnecessary. In the end, I never got to see my granddaughter, much less hold her, and to this day I’ve never met her. I’ve just had three video calls.’

After the birth, her daughter was ‘allowed to hold the baby and say goodbye’. Days later, the little girl was placed with a foster family. ‘Bearing in mind she’d just had a caesarean, my daughter was discharged the following day,’ said the grandmother. ‘She was traumatised.

‘It was clear that my daughter would never have been able to look after her, but there was still this expectation that I might be able to.

‘But then they said I would have to foster the child and in order for this to happen I’d have to break off all contact with my daughter. They said it wasn’t safe for her to be around the baby and that I would have to cut her out altogether. They said I couldn’t see her, take phone calls from her or even have any involvement in her mental health care. But I couldn’t do this – I wasn’t going to abandon my daughter.’

The grandmother said her daughter’s mental health issues began following an assault she suffered as a teenager and were later exacerbated by taking drugs.

‘Prior to this, she had been a bright, sociable girl who passed all her exams and was going to college,’ she said.

‘She just went downhill. When she was ill, she couldn’t take care of herself. It was extremely difficult coping with her. After the birth she went back on drugs and refused to engage with social services.’

Long since discharged from the psychiatric hospital in Surrey, but still severely mentally ill, she lives alone on the South Coast.

‘I would say she doesn’t understand what’s happening to her daughter,’ said the grandmother. ‘Or that if she does, she doesn’t think about it. She is being punished for being the victim. She did nothing wrong.

‘All this has had a devastating effect on her. I can’t see her ever getting better. She needs proper care and treatment but she’s not getting it. I live in daily fear of a phone call saying she’s dead.

The Conservative MP Julian Lewis, who has taken up the case, described the decision to send the child to Ghana as ‘quite extraordinary. Quite astonishing. Totally bonkers’.

The local authority involved said it could not discuss individual cases. In a statement, it added: ‘It should be understood that Children’s Services are legally required to consider if it is possible for children to be cared for by wider family members before any other arrangements or orders can be put in place. Following detailed assessments, where children in care need to live abroad with a foster carer due to it being in their best interest, arrangements will be made in line with legislation, both in this country and in the relevant other country.

‘Prospective carers, whether in this or another country, are also rigorously assessed before any decision is made.

‘Importantly, where decisions are not reached in agreement with families, decisions will be subject to the scrutiny and agreement of the courts.’

Who is Naga Munchetty's husband James Haggar and do they have children?