Police seized £14m worth of stolen cars and vehicle parts in 2022 – including couple’s £100,000 Range Rover which was found on container bound for central Africa after disappearing from their driveway

More than £14m worth of stolen luxury cars due to be shipped overseas and stripped for highly valuable parts were uncovered by police in Essex last year.

Images from one investigation show more than 600 high end motors chopped and crushed into a shipping container, many of which were ‘stolen to order’ and were destined to be sold abroad at inflated prices.

The three-person Stolen Vehicle Intelligence Unit (SVIU) in Essex Police were behind the discovery of the container, which was crammed with bumpers, steering wheels and headlights.

When the vehicles and their parts arrive at destinations including the Middle East and Africa, they are stripped for parts which can be highly valuable. 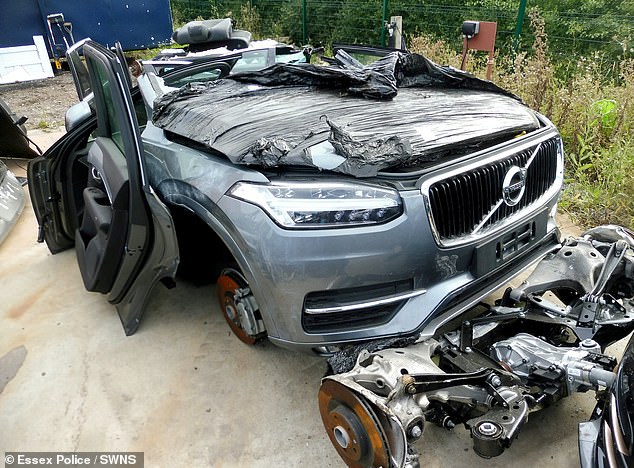 Car parts including bumpers, headlights and steering wheels have all been uncovered by the Stolen Vehicle Intelligence Unit (SVIU) in Essex Police 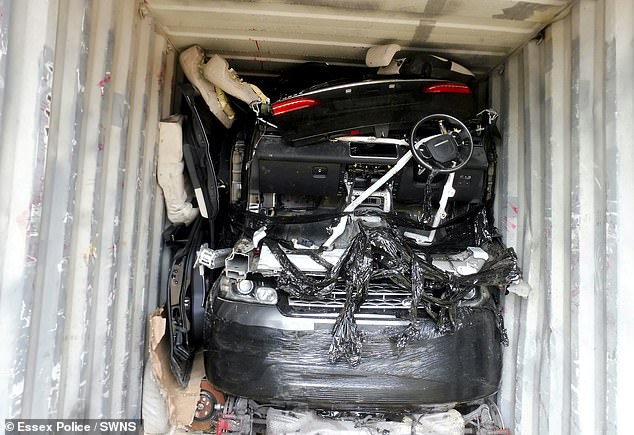 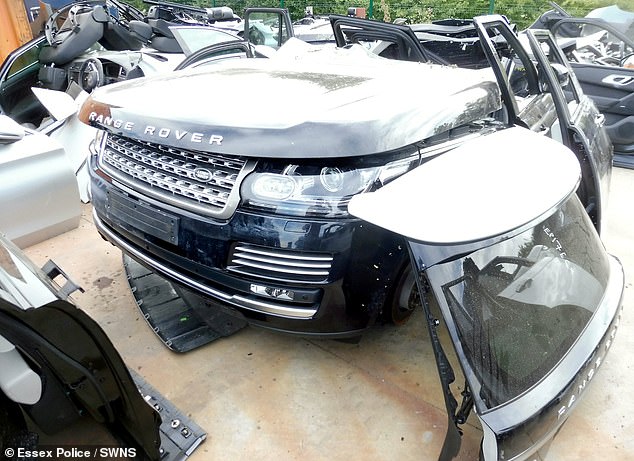 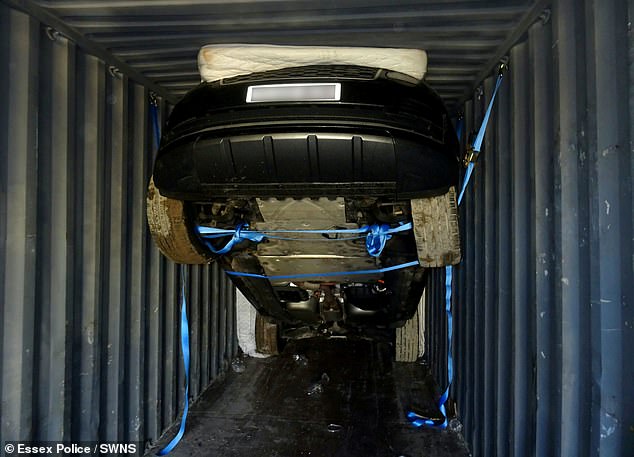 According to police, the cars are stolen to order before they are broken down to be sold

The SVIU team broke a record last year, recovering 626 vehicles and parts, an increase of 30 per cent on 2021, with a total estimated haul of £14m.

The most valuable vehicle the team discovered was a Rolls-Royce Dawn that had been stolen in London and was heading to Dubai in a shipping container from the London Gateway Port in Thurrock.

The missing car had recently cost its owner £350,000 and had been stashed alongside parts of eight stolen Range Rovers.

Though the team regularly seize cars just hours after it is taken, that wasn’t the case for one couple in Essex.

Anthony and Danielle Wilson found their £100,000 Land Rover Sport had been rolled off their drive while they slept in July 2021. It took the thieves just 63 seconds to steal the vehicle.

Their car was found a month later wedged inside a container at the Port of Tilbury in Essex.

PC Paul Gerrish from SVIU claims the record-breaking year is the result of a more ‘lucrative market’.

‘It’s getting hotter. It’s a lucrative market,’ he said. 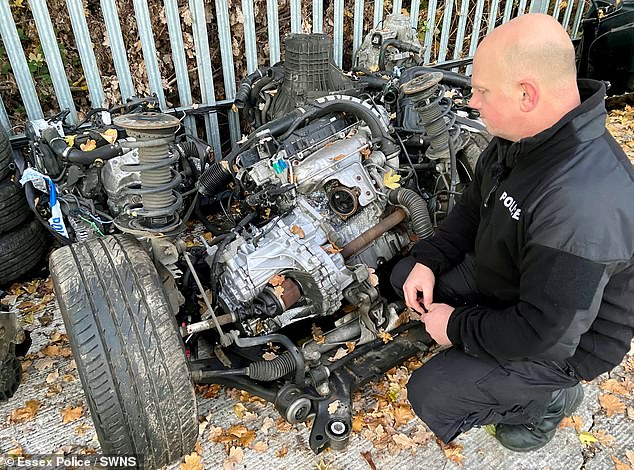 The SVIU team broke a record last year, recovering 626 vehicles and parts, an increase of 30 per cent on 2021, with a total estimated haul of £14m 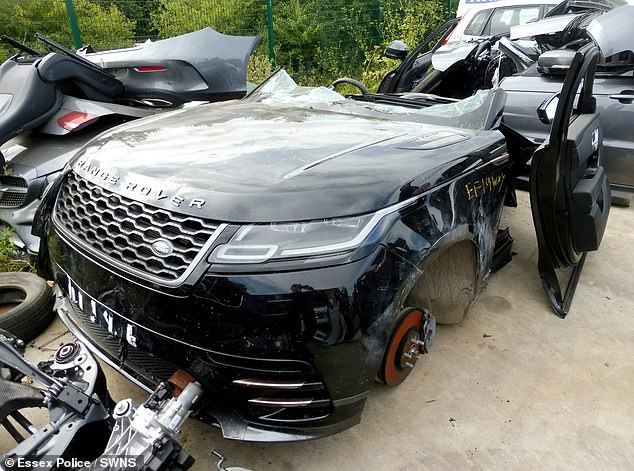 According to members of the SVIU team, the market for cars and car parts abroad is ‘lucrative’ 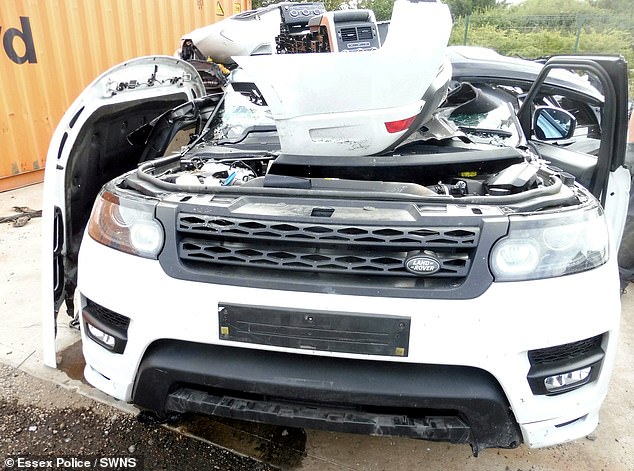 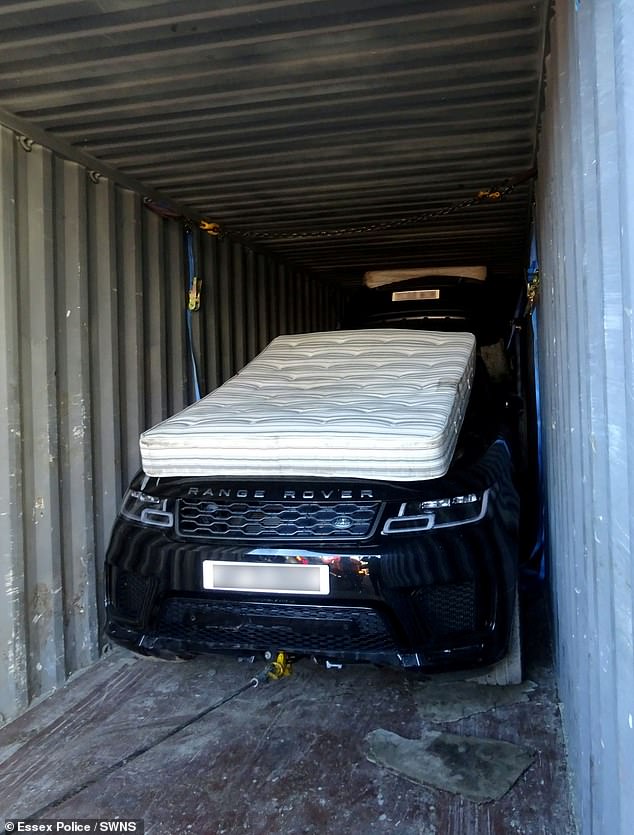 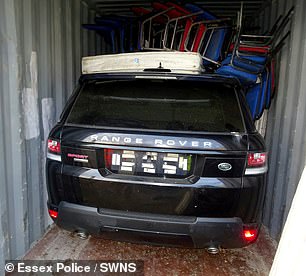 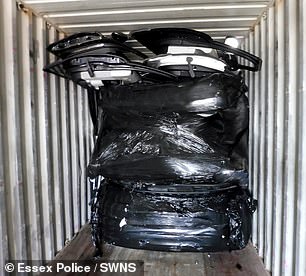 ‘We’ve done a few container interceptions where the front ends of the vehicles are being exported out to Dubai. In one container we found between eight to 10 stolen vehicles, some of them valued up to £100,000 a car.

‘The total haul of one of our jobs was well over a million pounds worth of stolen cars in one hit.’

PC Phil Pentelow from SVIU added: ‘Even with an amount of panel damage [from the container] that car is still worth a hell of a lot of money.

‘It gives you an idea of the monetary value behind it and the efforts the criminals go to to export our victim’s cars to other parts of the world.’

Third SVIU team member, analyst Hannah Gerrish, said: ‘Car thefts build into a bigger network of criminality. That’s we try to build a picture of what we’re seeing and hearing. It’s all about joining the dots.’

If you have concerns about your vehicle’s security, there are steps car owners can take. 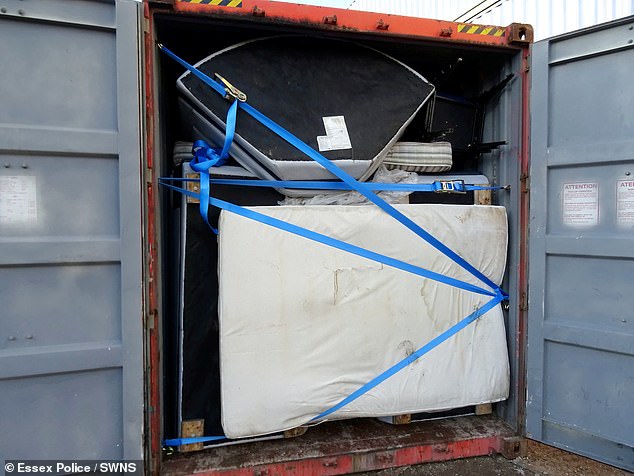 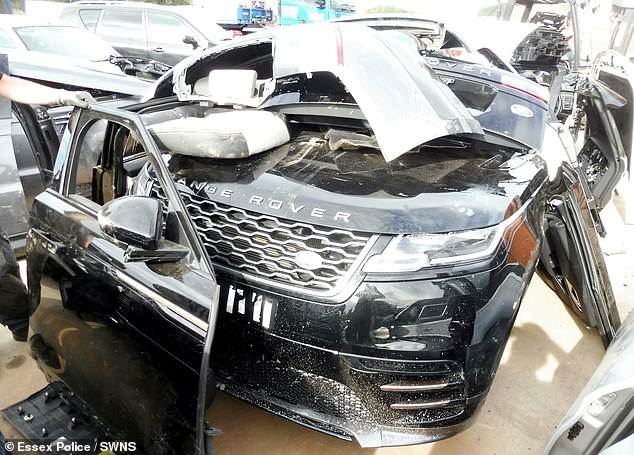 When the vehicles and their parts arrive at destinations including the Middle East and Africa, they are stripped for parts which can be highly valuable 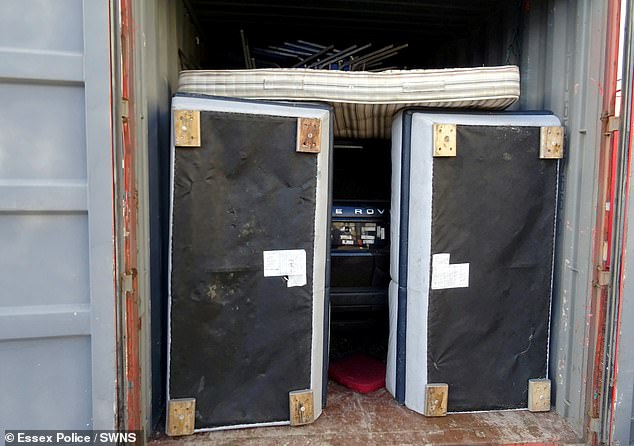 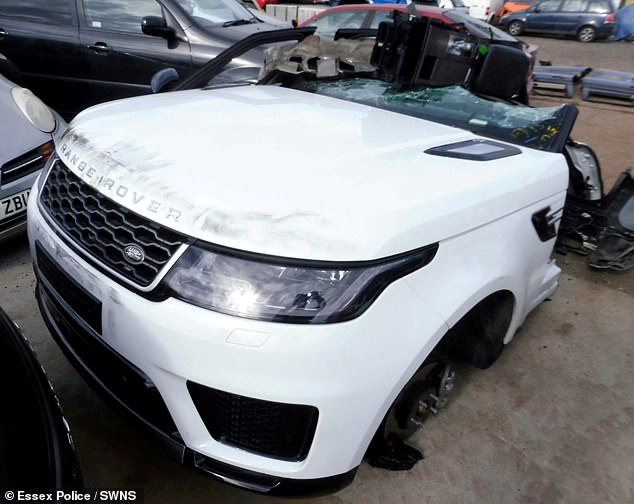 Some cars have been chopped up as much as possible, with the vital parts preserved

‘Learn about your car’s vulnerabilities,’ PC Pentelow added. ‘There are videos online where you can find this information out.

‘Look on the website Secured by Design to find recommended safety devices for your car and consider investing in a Disklok for your steering wheel at the very least.

‘However, the biggest vulnerability is leaving your car unlocked. Double lock your car and check it. We see CCTV of thefts where thieves try the car door and it’s unlocked.’