Police sergeant who swore at 15-year-old banned from force

A disgraced police sergeant who swore at a 15-year-old girl and used ‘sexualised language’ about his female colleagues in front of the teenager has been banned from the force.

A misconduct hearing was told Sgt Meller used ‘inappropriate and sexualised language’ to and about his fellow colleagues in front of the girl.

Sgt Meller also swore at the teenager at the central police station in Swansea, South Wales, during the 26-minute exchange. 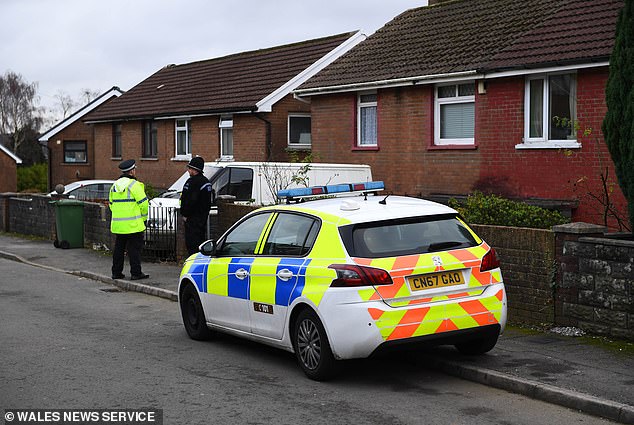 The panel heard the girl was a vulnerable young person who had ‘markers for being suicidal’ before she was brought in for questioning.

But Sgt Meller, who worked for South Wales Police, threatened to put her in an ‘anti-rip suit’ if she was difficult.

His behaviour was captured on camera in the custody suite after the teenager was arrested in November 2021.

It came just one year after Sgt Meller was given a final warning for snapping another PC’s bra strap.

The hearing was told an aggravating factor in his case was his previous ‘improper behaviour towards a female officer.’

Sgt Meller has now been barred from the force for gross misconduct following 12 allegations of breaching the standards of professional behaviour which were proven in the hearing.

The allegations include saying ‘If you act like a t*** then we’ll talk to you like a t***’ and treating the 15-year-old girl, by them referred to as ‘Miss A’, with a lack of respect.

According to the hearing, he also said: ‘Alright, whatever’s happened in the care home I don’t put up with s*** in here.’

The panel found that ‘he was offensive to her and behaved in an intimidating way towards her by threatening to put her in an anti-rip suit if she was difficult. He referred to this as a t***-suit.

‘His attitude to a young vulnerable person was disgraceful. The public would be shocked if they viewed the CCTV recording of PS Meller’s interaction with Miss A.’

They said: ‘When taken together all the breaches of Standards constitute Gross Misconduct because of the seriousness of the behaviour of PS Meller which is completely unacceptable from an experienced police officer in a supervisory role.’

Sgt Meller resigned from his position this month – but would have been sacked if he was still a serving officer.

Panel chair Christopher McKay said: ‘PS Meller is responsible for his own actions. He was not provoked into acting as he did. He acted in a deliberate way.

‘He made the inappropriate comments at work when he was in a supervisory role, dealing with a member of the public and two female colleagues.

‘He may well have frightened Miss A and is likely to have made the two female officers feel uncomfortable and embarrassed.

‘PS Meller was a very poor example to the two junior officers. Miss A’s confidence in the police service is likely to be undermined by what she witnessed in the custody suite.’