Former premier Denis Napthine says a successful bid for UNESCO heritage listing in the central Victorian goldfields would generate private investment to tackle the housing crisis after the “sugar hit” of the Commonwealth Games.

The push for UNESCO World Heritage listing has united the former Liberal premier and ex-Labor premier John Brumby, who hope preparations for the Commonwealth Games in 2026 will bolster the chances of success for the heritage bid. 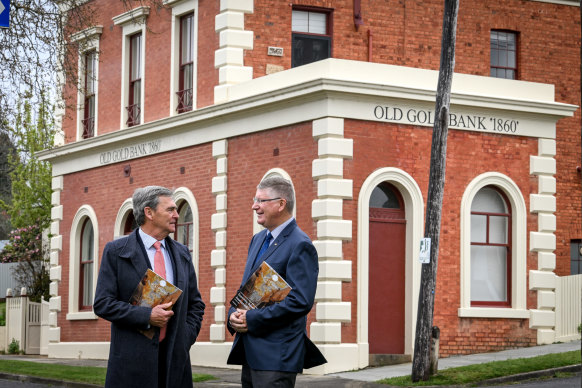 Proponents of the bid want the Australian government to review the proposal next year and then support a submission to the United Nations Educational, Scientific and Cultural Organisation for approval by 2026-27.

On Thursday, the former premiers launched a report by consultants TRC Tourism and MCa, which found a heritage listing would deliver an additional $440 million in spending for the goldfields communities by the 10th year after their inclusion.

Brumby, who travelled to Birmingham for this year’s Commonwealth Games, said more accommodation was urgently needed to prepare for the 2026 sporting event, which could then be used for housing and tourism.

“We’ve got the regional Games and we’re already short of accommodation,” Brumby said. 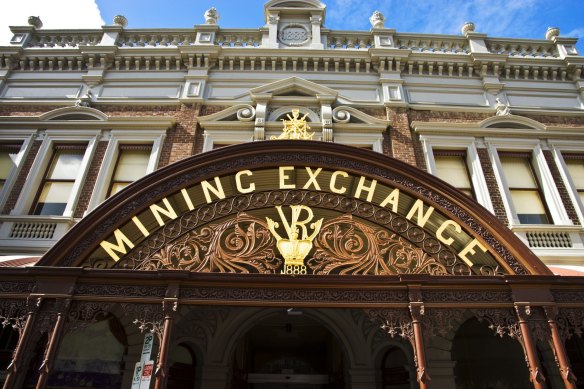 Ballarat was built on the gold rushes of the 1850s and 1860s.Credit:Greg Briggs

He argued the heritage project would help the goldfields’ economic recovery after the pain inflicted by the COVID-19 pandemic and lockdowns. “This is an economic fillip that can help accelerate that recovery,” he said.

Brumby rejected suggestions the sites listed for the UNESCO bid would benefit from greater preservation while others would be overlooked if the bid was successful.

He insisted the UNESCO listing would be good for protecting gold rush heritage across the region – which lies roughly between Ballarat, Wedderburn, Stawell and Rushworth – and said the conservation of historic sites had improved markedly in recent decades.

“The evidence is compelling in terms of this being the best-preserved gold rush heritage anywhere in the world,” Brumby said. 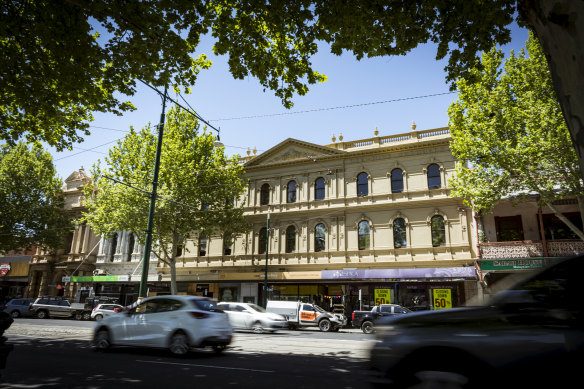 The 148-year-old Bendigo Mining Exchange, aka the Beehive Building.Credit:Chris Hopkins

Napthine said a heritage listing and the Commonwealth Games would generate private investment and help tackle the housing crisis plaguing much of regional Victoria.

However, the sporting event would only provide a short-term “sugar hit effect”, while UNESCO recognition would deliver lasting benefits that built on the infrastructure and investment the Games generated.

The former premiers were both appointed patrons of the UNESCO bid in 2020 in the hope it would bring international recognition for Victoria’s goldfields. 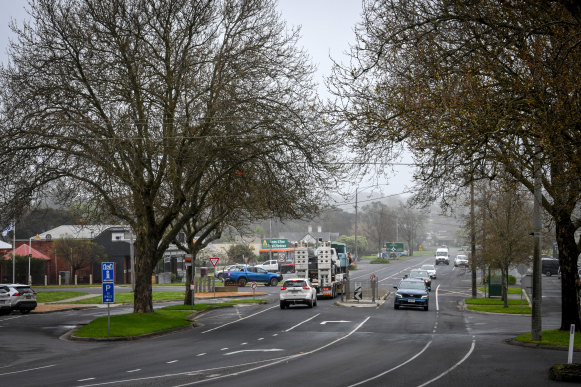 Creswick is among the old gold rush towns of Victoria that could form part of a UNESCO bid. Credit:Eddie Jim

Thirteen Victorian councils have joined the bid for the World Heritage Listing, which may include mines, architecturally significant buildings and natural landscapes at the heart of Victoria’s gold rush.

The economic report estimated UNESCO status would bring an additional 2.2 million people to the region by the 10th year and deliver an extra $150 million in regional income, including wages, salaries and profits for businesses.

However, the report also found the region would need an extra 4140 rooms of accommodation, which would cost $570 million, over the 10-year period.

The group making the bid is seeking $500,000 in state government funding to complete a list of proposed heritage sites and a plan for increased regional spending.

Sites that could form part of the bid could include the Castlemaine Diggings National Heritage Park, the Ballarat and Bendigo mining exchanges, and historic streetscapes.

Brumby said a previous bid to nominate the region for heritage listing failed to gain unanimous support from surrounding councils.

Stephen Oxley, a former senior heritage executive with the federal environment department, said the bid had a strong chance of success. Oxley is working on the project on a pro bono basis and said the federal government would need to include the bid on a tentative list before UNESCO would consider it.

“The job they’ve got here is to identify the sites that best represent or tell the story of the central Victorian gold rush phenomenon,” he said.

Australia currently has four other sites on UNESCO’s tentative list that will also be considered for inclusion.

Other Australian sites to have already earned World Heritage listing are the Budj Bim Cultural Landscape in south-western Victoria, where Indigenous people had a sophisticated aquaculture system for thousands of years; the Royal Exhibition Building and Carlton Gardens; the Great Barrier Reef; Kakadu National Park, and the Greater Blue Mountains.