Follow
Home » World News » Pot for pain relief? What cannabis can (and can’t) do for chronic pain.

Pot for pain relief? What cannabis can (and can’t) do for chronic pain. 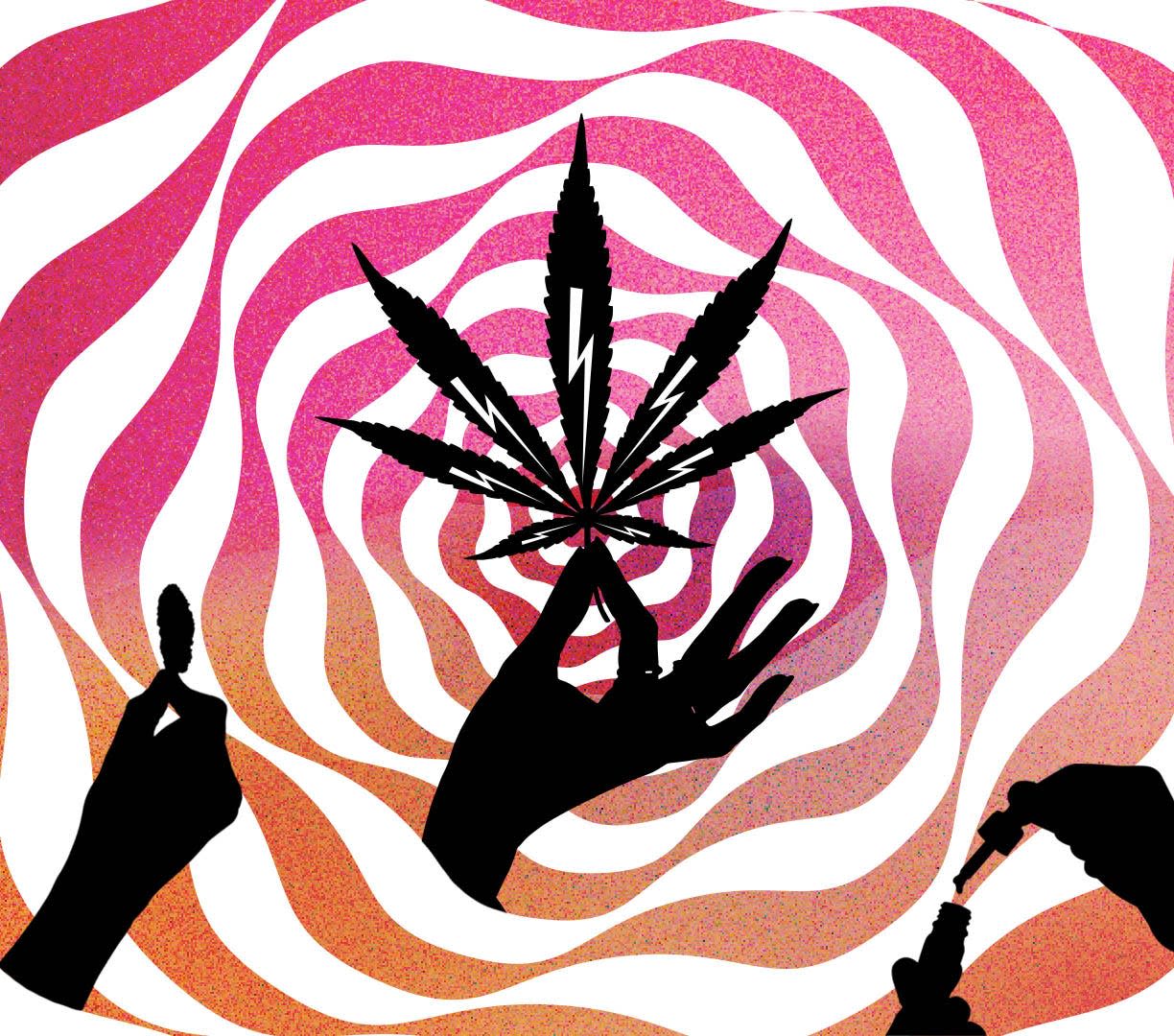 Rob Sims grew up hearing stories about what opioid addiction could do. The former Detroit Lions guard, whose father, Mickey, also played in the NFL, watched a number of his dad’s friends get hooked. Some died. He vowed his own story would be different.

Then, in 2008, early in his first season with the Seattle Seahawks, Sims tore a pectoralis muscle in his chest. At age 25, coping with his father’s recent death and primed for his best year ever, Sims was sidelined.

After surgery, he received an open-ended prescription for opioids. “Take when you have pain,” the bottle read. “That’s seared in my memory,” he said. As a football player, “I have pain all the time.”

To better understand America’s pain problem, USA TODAY spoke with more than 50 experts and people living with chronic pain. The reporting resulted in America in Pain, a five-part series exploring the reality of pain, pain medications, nondrug alternatives and the scientific advances offering hope for the future.

Scared by the lesson he had learned as a child and with little to do besides focus on his recovery, he remembers thinking: “This could go in a bad way.”

That’s when he turned to marijuana.

It remains unclear whether cannabis can be an effective treatment for pain. Plenty of circumstantial evidence supports the idea, but exactly how, what kinds of products and what can be expected from them has yet to be determined.

“There’s some caveats before it’s ready for broad, prime-time usage for chronic pain,” said Dr. Devan Kansagara, a professor of medicine at Oregon Health & Science University and a staff physician at the VA Portland.

It’s possible that cannabis helps with the psychological aspects of pain, said Dr. Nora Volkow, head of the National Institute on Drug Abuse. “Cannabis may improve pain indirectly, for instance, through decreasing anxiety so that someone may be able to deal with pain better,” she said. 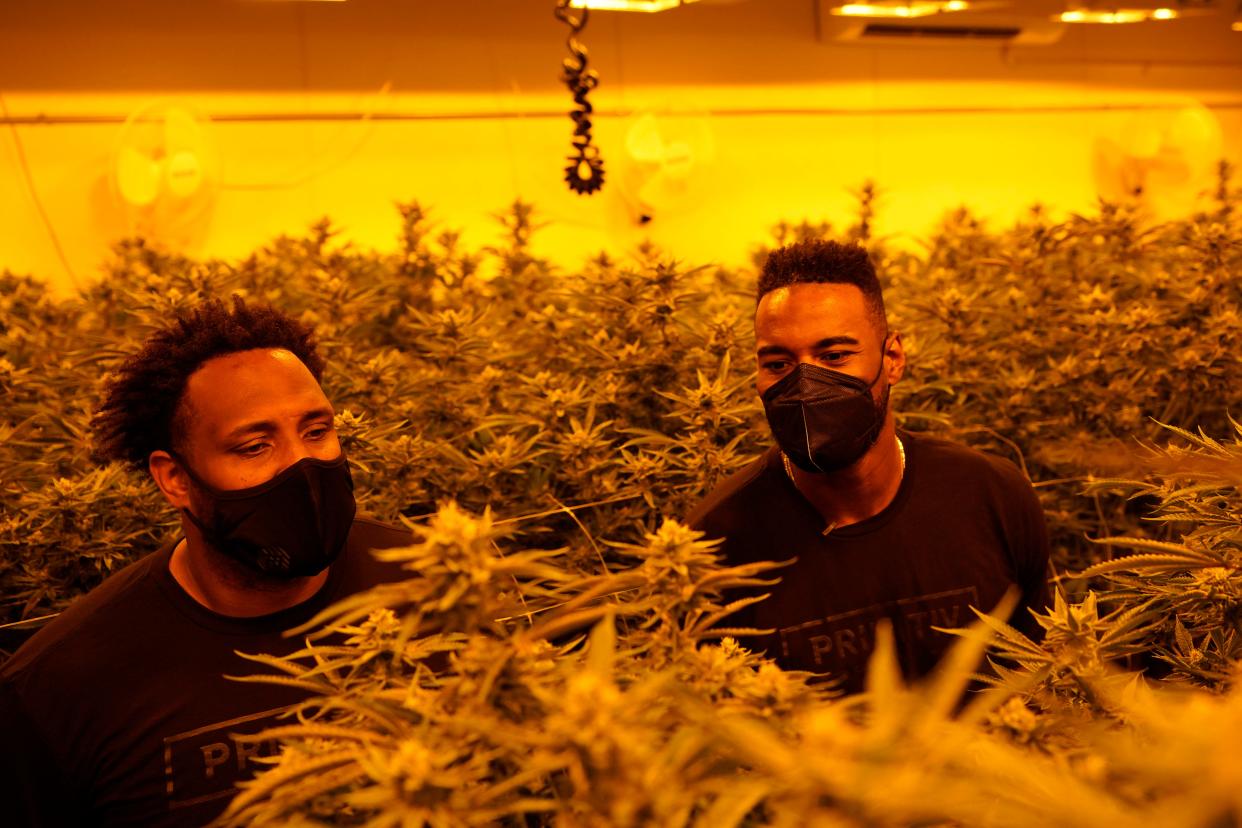 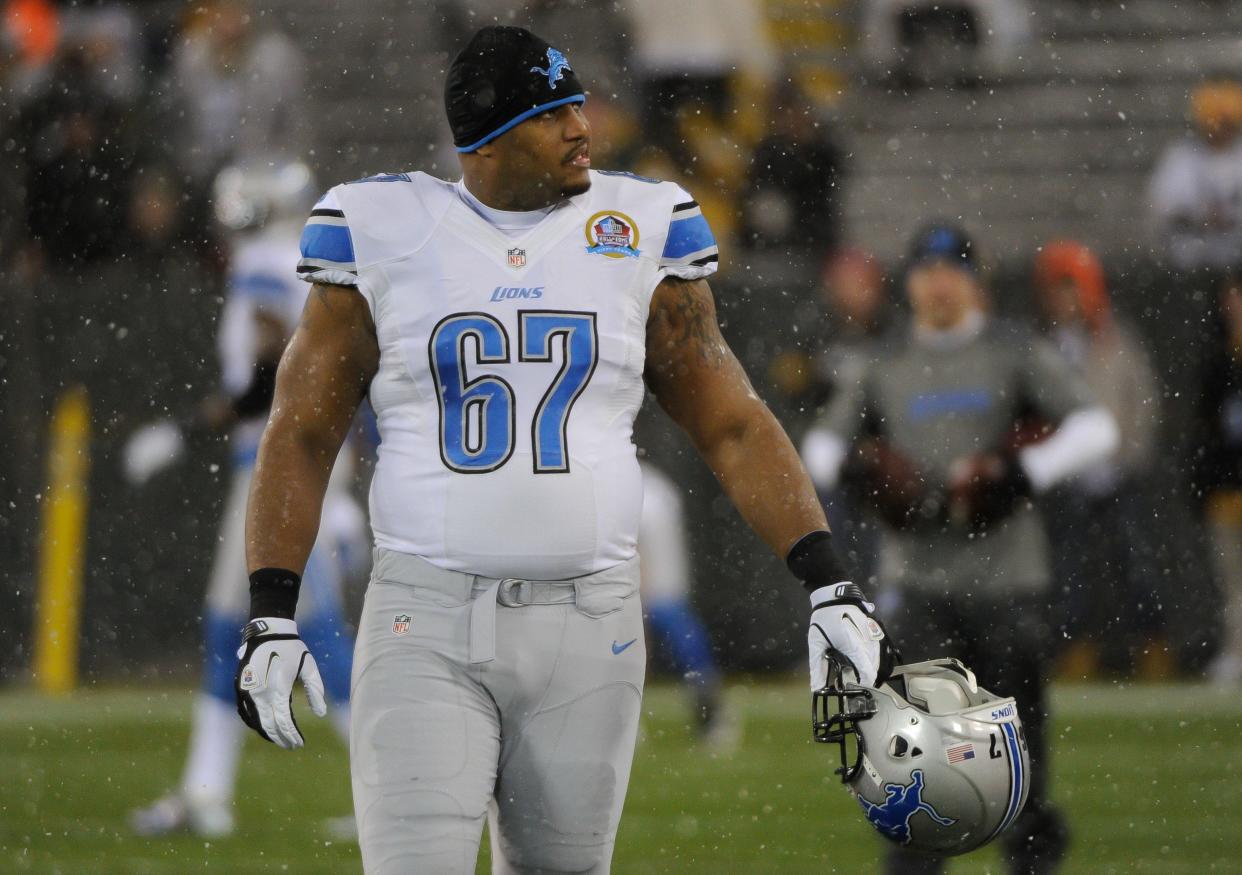 One recent examination of previous studies found the benefits of cannabis were equal to the benefits of a placebo, which means that if people thought it would help, it did.

“There’s very limited evidence out there to support that cannabis is effective against pain,” said Karin Jensen, the Swedish neuroscientist who led the study. So far, most of the information showing its usefulness is anecdotal.

“People who use cannabis to relieve pain may have the experience that it helps – there is no doubt about that,” she said. “What’s needed is solid scientific evidence to determine how much of the relief is due to the cannabis and how much is due to other things, such as the placebo effect.”

Marijuana remains illegal in 12 states but as of 2019, 18% of U.S. adults reported using cannabis at least once in the previous year, and 4% to 5% use it daily or nearly daily, Kansagara said. 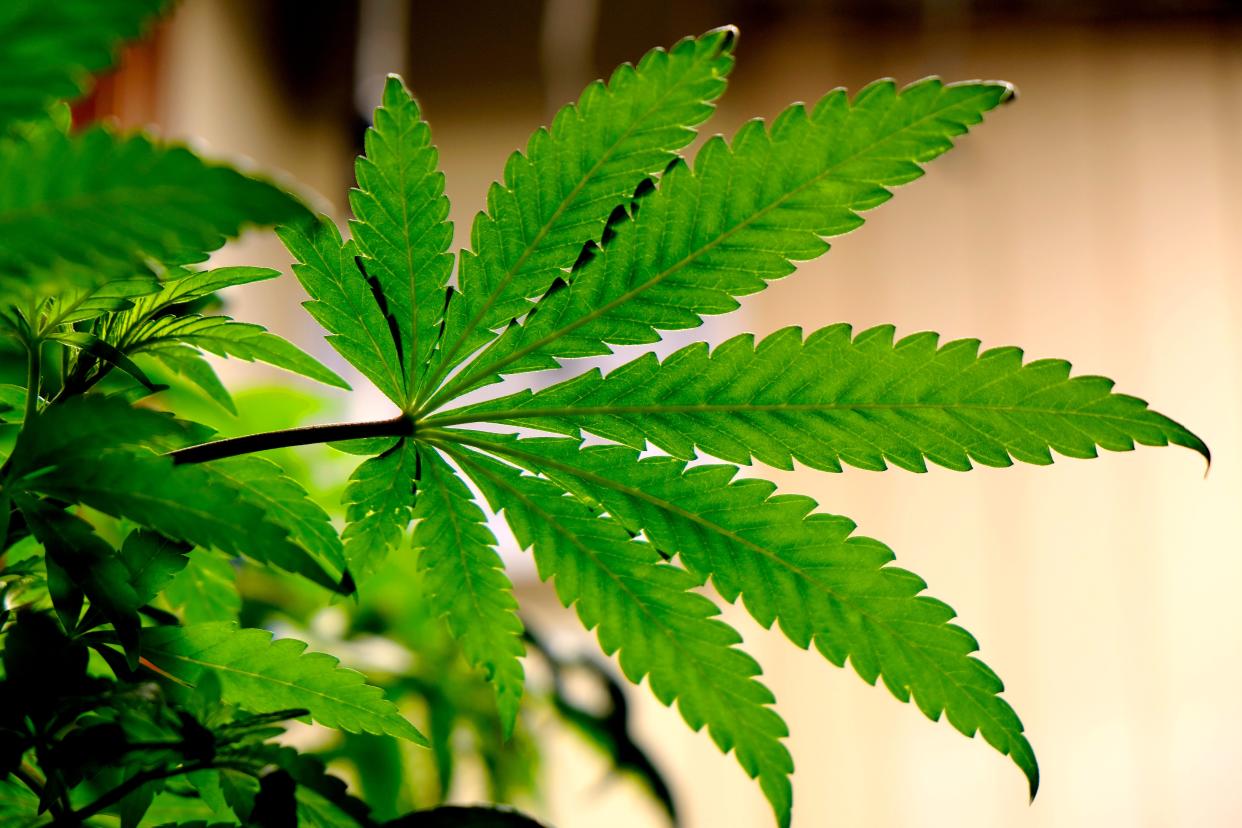 But cannabis comes with cautions.

At least 5% of Americans ages 12 and up abuse or are dependent on marijuana, and the risk for dependence increases the younger someone starts. Marijuana use directly affects parts of the brain responsible for memory, learning, attention, decision-making, coordination, emotion and reaction time. And long-term or frequent marijuana use, particularly at higher doses, has been linked to increased risk of psychosis or schizophrenia.

It’s not possible to predict ahead of time who will react badly to marijuana, said Dr. Charles Berde, co-founder of a pediatric pain clinic at Boston Children’s Hospital.

THC, the part of the plant that has psychotropic effects, “has narrow uses for nausea and appetite stimulation in patients with severe weight loss due to AIDS or cancer,” but the data for CBD for treatment of chronic pain is “murky,” Berde said. “All the more reason to be hesitant to prescribe it.”

When a body is in pain, the brain releases its own pain relievers. There are special receptors in the brain designed to take in these natural cannabinoids and offer relief.

Ingesting or inhaling weed fills up those receptors, too.

Providing more cannabinoids than these receptors can accept overloads them making the person’s own internal cannabinoids ineffective, said Dr. Jordan Tishler, a cannabis specialist physician in Cambridge, Massachusetts, and founder and president of the Association of Cannabinoid Specialists.

That’s why higher doses don’t provide any additional pain relief compared with lower ones and can have “all sorts of risks,” he said. Side effects from cannabis can include increased heart rate, dizziness, impaired concentration and memory, slower reaction times and, more rarely, increased risk of heart attack and stroke and dependence.

Tishler said many patients come to him taking far too much cannabis, which increases the risk for side effects. He works to convince them that 5 mg to 20 mg a day will treat their pain better than the 200 mg they’re using. 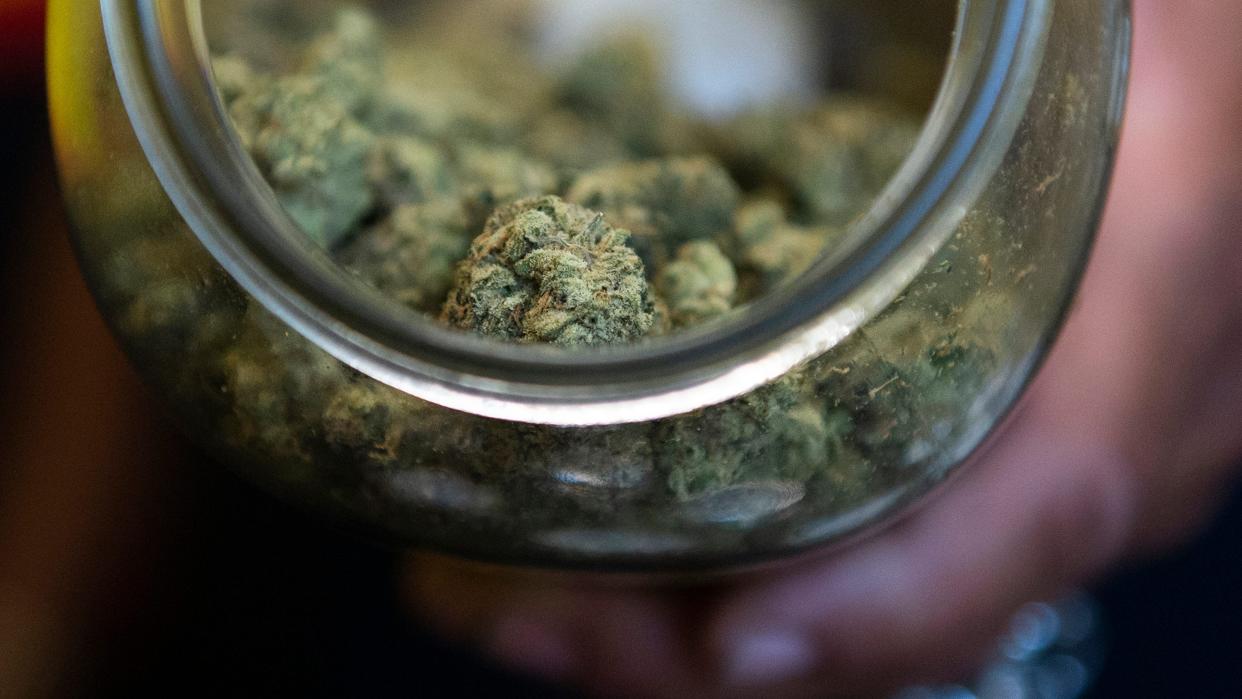 “Just because (cannabis) doesn’t lead to breaking the law and incarceration and those sorts of troubles doesn’t mean people can’t have their lives significantly altered by getting overly involved with this particular substance,” he said.

There are also open questions about cannabis, including whether the pain-killing benefits seen in short-term studies will last. Some painkillers, like opioids, can actually make people more sensitive to pain. It’s not yet clear whether cannabis can have this effect.

“You’d like to see what happens with these products over a longer period of time, ideally,” Kansagara said. “I would like to see that before recommending wholesale to patients.”

Although legalization and decriminalization are making a difference, cannabis remains hard to study. Until recent years, it was extremely difficult to gain access to cannabis for research, and there was little federal funding for such work. In early December, President Joe Biden signed a new law that will make it easier to research cannabis. 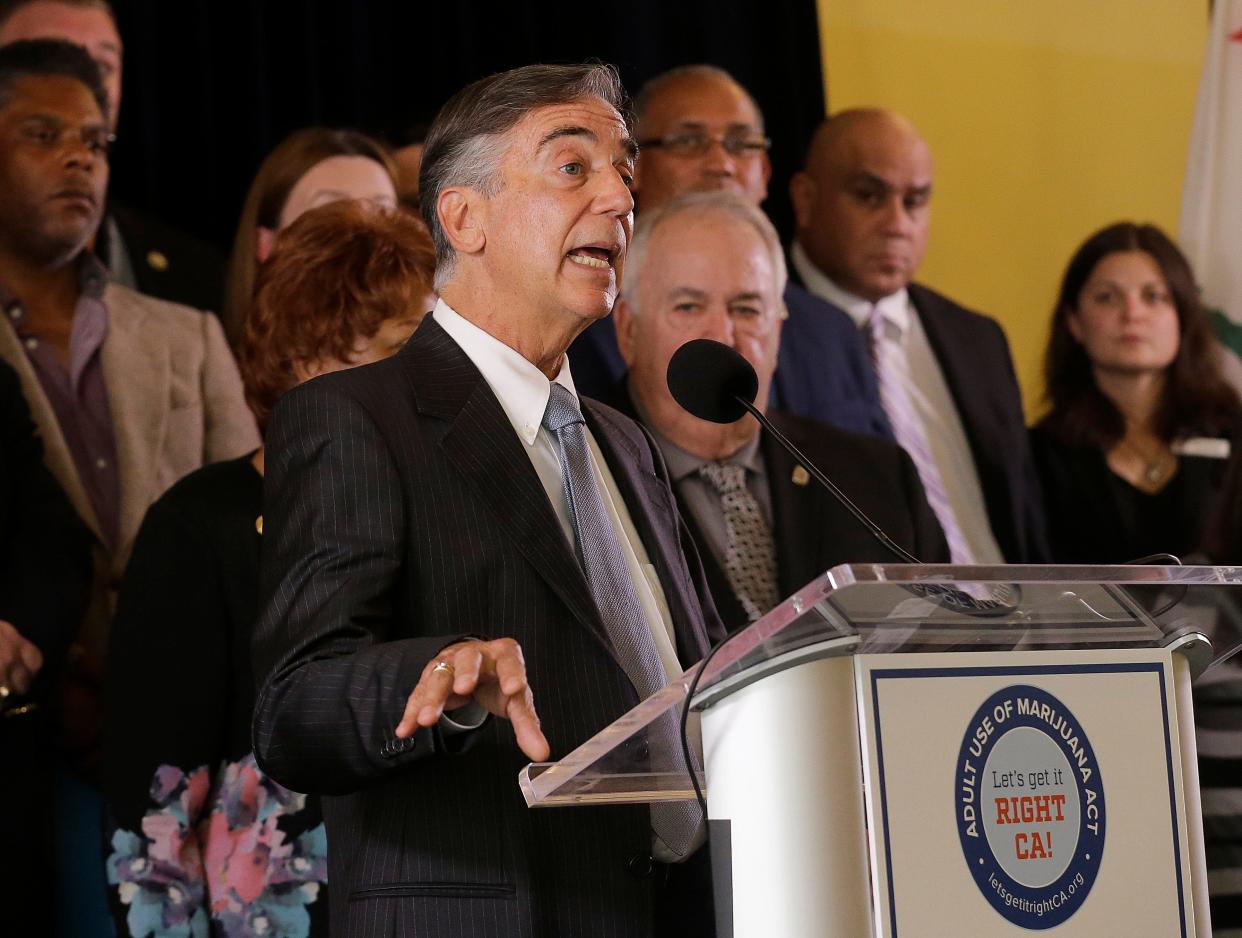 Gold-standard studies compare a treatment versus a placebo, but it’s impossible to keep people in the dark about whether they’re getting high, said Dr. Donald Abrams, an oncologist and professor emeritus at University of California, San Francisco, who studies cannabis.

When Abrams studied cannabis use in his HIV patients, some critics thought patients must be too stoned to notice their pain. But Abrams said the patients reported that it did alleviate their pain.

Dosages of cannabis aren’t standardized, which adds to the difficulty of comparing one study against another, he said.

This lack of standardization also means people have to use trial and error to find an effective dose for them, according to Staci Gruber, who directs the Marijuana Investigations for Neuroscientific Discovery (MIND) program at McLean Hospital, a Harvard-affiliated psychiatric hospital outside Boston.

Daily marijuana use after his pec injury helped cut the pain, allowing him to lift more weight and recover faster. “I was able to come back stronger than I was before.”

Playing NFL ball, Sims said, is like living through a train wreck every Sunday. The best players – the ones whose careers last the longest, he said – “have learned how to recover quicker and get ready for that next train wreck.”

During his career, marijuana helped Sims rebound and improved his sleep, which allowed him to push his workouts.

Asked about side effects from his marijuana use, Sims pointed to his athletic and financial successes. “I wouldn’t call those side effects,” he said, laughing. “I see positives, not negatives.”

In 2021, Sims co-founded the cannabis company Primitiv Group with fellow former Lion Calvin Johnson. Jr. Sims and Johnson acknowledge they used cannabis during their professional careers, though there was a zero tolerance policy then, which has loosened only slightly since. Both men believe the restrictions should be lifted.

About a decade ago, Sims persuaded his wife, Natalie, to try cannabis, when a bout with the bowel syndrome Crohn’s disease left her on a morphine drip in an emergency room.

“This can’t be how we live for the rest of our lives,” he told her. She uses cannabis now and finds relief, Sims said.

“It made me very passionate about pain and help for pain.”

Instead, “it makes it so it doesn’t bother you so much,” he said. “It divorces the pain from the suffering.”

Whether it’s the THC or the CBD in cannabis or both that might be helpful against pain remains an open question, Kansagara said. THC is what makes people feel “high.” CBD appears to have anti-inflammatory properties, which may be useful to some.

Smoking joints isn’t a good approach for relieving chronic pain, said Tishler, who recommends his patients use edibles instead. The effect of inhaled cannabis wears off in three to four hours, while a gummy might last eight to 12 hours.

The yo-yo effect, when pain comes and goes over a few hours, can exacerbate suffering, Tishler said. “Short-acting actually turns out to be a bad approach in general in pain management.”

In Massachusetts, where medical cannabis has been legal since 2013 and recreational since 2016, doctors are more comfortable giving their patients permission to use cannabis, Tishler said. But they rarely bring it up themselves.

Similarly, he’d like to get cancer patients on cannabis early in their care, rather than waiting until agony sets in. “Once people are at the end of their rope, things are worse and harder to treat than if we had started when things were still kind of OK.” 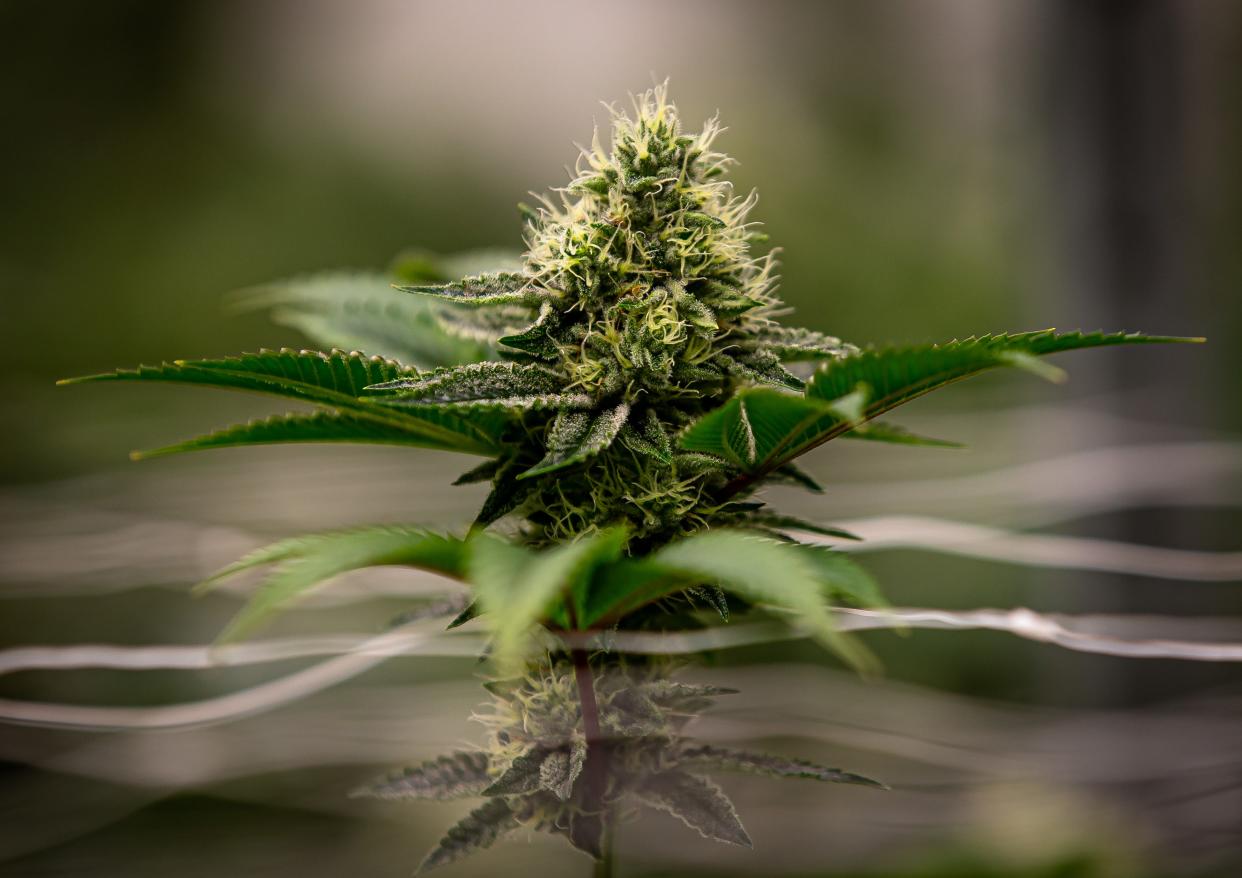 Most of the advice on what product to use now comes from the patient care advocates or “budtenders” who work behind the counter at dispensaries, Gruber noted with some concern. They typically don’t know the person’s medical history or history of cannabis use or whether they use other substances such as alcohol, other drugs or prescription medication. Product labels can often be misleading about their THC and CBD content.

The trial-and-error approach can be difficult and challenging for patients with major medical problems.

“Knowing what’s in your weed is critical, but also how you’re going to respond to it is an important consideration. And that’s something we don’t spend a lot of time on,” Gruber said. “You have to educate patients. They’re desperate for it, but it’s not easy, because we’re all different and cannabis is not a ‘one size fits all’ solution.”

Research may change future use

For cannabis to reach its full potential as a painkiller, more research is needed, experts say.

“It’s really untapped right now, because of that lack of research,” Johnson said.

“We need to become better educated about all these issues,” said Dr. Allen Sills, the NFL’s chief medical officer. 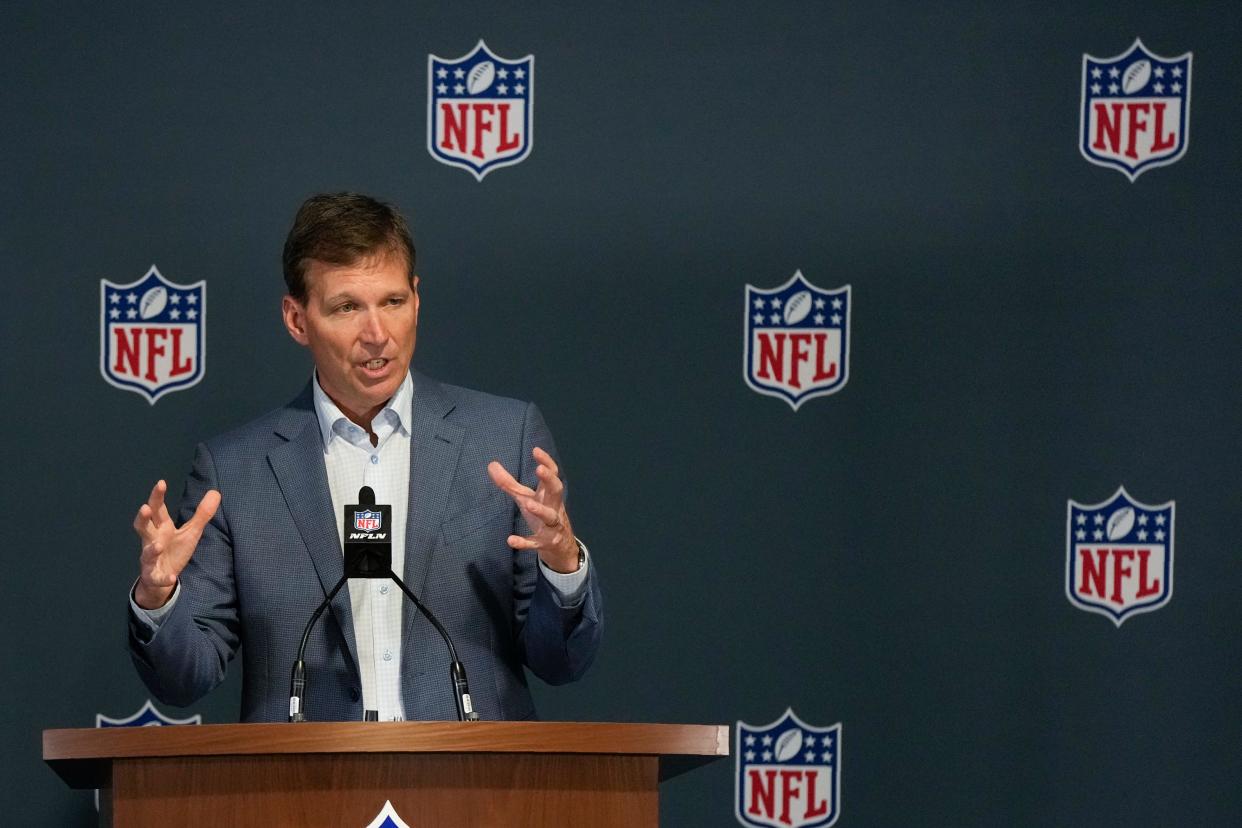 Ngwa, at Hopkins, collaborates with Sims and Johnson to lead some of that research.

His studies suggest that not enough of the painkiller gets to a tumor when the cannabis is inhaled or ingested, so he has been exploring smart-drug delivery systems than can target the drug directly to the tumor. So far, he has tested only pancreatic tumors but hopes to rapidly expand to other cancer types.

Ngwa is concerned that preliminary research like his will encourage people to self-medicate, taking doses that may not be helpful. “You really have to wait for the clinical trials, but when people are desperate, they just do (anything). I definitely worry about that,” he said.

Until more is known, Sims will keep up his cannabis routine.

Now 39, he has dropped 50 pounds from his 320-pound playing weight, which has helped reduce the lingering bone-on-bone pain in his right knee. He rubs a Primitiv topical on it knee every day.

“My passion behind the plant and what it’s done for my family reigns supreme.”