Jeannette Young sounded at the end of her tether on Thursday. Queensland’s chief health officer attracted a storm of criticism, including the accusation she was fuelling the anti-vaxxer movement, after she challenged Scott Morrison’s opening the door for younger people to get the AstraZeneca vaccine.

“No, I do not want under 40s to get AstraZeneca,” she said on Wednesday. “I don’t want an 18-year-old in Queensland dying from a clotting illness who, if they got COVID, probably wouldn’t die.” 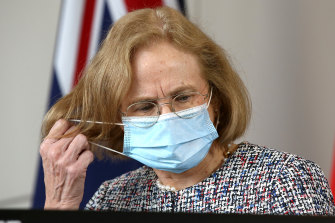 “Few COVID deaths under-50”: Queensland Chief Health Officer Jeannette Young was criticised by the media and politicians for telling the truth.Credit:Getty

Fellow experts turned on her, as well as political figures and commentators. But Young, though sounding frazzled, stuck to her position.

Asked whether she was not undermining the vaccination program, she said on Thursday: “I’m giving my advice. I’m a doctor. I’ve been involved in Australia’s vaccination programme now for 16 years. People need to work out where they want to get advice from […] But my advice is very, very clear.”

At the pandemic’s beginning experts (at least in Australia) were hailed as heroes and saviours, notwithstanding some differences among them. The politicians embraced them; the public asked why the leaders didn’t always listen to them as they were doing now.

That gradually changed, and some – notably Victoria’s chief health officer Brett Sutton – were singled out as the political warfare over handling the pandemic ramped up.

Young has long had a target on her back, not least because of controversy over some compassionate cases but mostly because of her power and hard line.

This week’s furore raised wider questions about the nature of expertise and the proper balance between expert advice and political decisions.

One obvious takeout is, just because you are an expert doesn’t mean you have the definitive answer when the question is on AstraZeneca. There are many unknowns about a new vaccine. 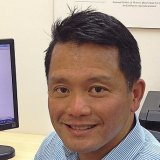 A 20-something listening to Young would shy away from AstraZeneca. If she listened to former deputy chief medical officer Nick Coatsworth, however, she’d reckon the doomsayers were being paternalistic and an AZ jab was probably worth the risk.

At the centre of the argument is the Australian Technical Advisory Group on Immunisation’s advice, which prefers Pfizer for people under 60 but doesn’t rule out AstraZeneca for them.

ATAGI’s co-chair, Chris Blyth, on Thursday told the ABC he did not believe “young people should be receiving AstraZeneca at this stage unless their circumstances press for that. There are some situations where that would be warranted, but they are quite small.”

That seemed to give broad support for Young’s position but with a deal more nuance.

Chris Moy, a member of the ATAGI COVID-19 working group, suggested the tone of the message is important. “Opinion is fine […] but you should be unemotional like the ATAGI guidelines”.

Moy said Young’s words extended beyond the advisory role of a doctor, being so emphatic as to sound like an edict overriding patient choice, and applying to a vaccine which continues to be approved by the Therapeutic Goods Administration for all those over 18.

All the experts urge people to talk to their doctors – who can feel less constrained now they’ll have a new government indemnity scheme. But while a doctor knows a patient’s situation, picking through the official advice won’t be straightforward.

Morrison on Monday seized on the “let-out” in ATAGI’s position for practical and political reasons. He’s desperate to speed the rollout. The country has a lot riding on this – lockdowns and shut borders will continue while we’re not adequately vaccinated, and an outbreak could easily go wild.

The Prime Minister’s own fortunes are tied to getting the wheels moving faster. Added to this is the excess supply of AstraZeneca. Young is not the only embattled health official.

Brendan Murphy, secretary of the health department, this week came under strong and personal attack from the head of the Pharmacy Guild, Trent Twomey. 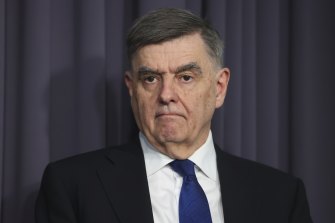 The pharmacists have been frustrated the government is so late in bringing them into the rollout, despite their efficiency in handling flu shots. They are just now starting to be used. Twomey said Murphy should “take responsibility for this bungled rollout.”

He complained about “the amount of times that I personally have extended my hand of cooperation to the secretary of the Department of Health and it has gone unanswered”, although this is disputed.

Early last year Morrison had Murphy on the highest of pedestals, when he was chief medical officer and in waiting to be departmental secretary. Now Murphy finds the department’s role in charge of the rollout has been given to a military supremo.

The government’s new “fave”, Lieutenant General JJ Frewen, is not just top dog running the vaccination operation, but has an increasing public profile (probably being tested in the focus groups, where the medicos did well).

On Wednesday, following Monday’s national cabinet meeting and Morrison’s statement, Frewen sent a message to the states. In it he said: “the Commonwealth will be opening access at primary care sites to people aged 18 to 39 who are interested in receiving AstraZenica”.

On Thursday Frewen appeared on two breakfast TV shows, where he spoke about AstraZeneca and said: “in the last two days since the Prime Minister made this announcement, 2616 Australians under 40 have chosen, with informed consent, to have AstraZeneca”.

In an interview with this masthead Frewen said Morrison saw what “military-style command and control structure can deliver in the way it can cut through” the process.

What even the military man can’t do, however, is get enough of the Pfizer vaccine quickly. This dilemma goes back to 2020, when there was misplaced hope in the UQ vaccine, and priority given to “sovereignty” – Australia’s ability to locally produce AstraZeneca. This became a serious problem when the medical issues arose around AZ.

Malcolm Turnbull is a professional critic of the government but his assessment of the rollout is widely shared. “I can’t think of a bigger black-and-white failure of public administration than this” he told the ABC.

“The reason we are so far behind is because the government last year didn’t buy enough vaccines, they didn’t buy nearly enough Pfizer and they didn’t buy any Moderna.[…] It is a comprehensive failure of administration […] you can’t put a gloss on it.”

Morrison goes into Friday’s national cabinet with some states demanding a lowering of arrival caps and complaints about Pfizer shortages. There’s deep irritation about the shambles flowing from his AstraZeneca remarks. Meanwhile nearly half the country has been in lockdown.

The default position of the PM – who lay low all week after Monday night’s appearance – is gloss. But it will be hard for him to apply any shine that doesn’t immediately rub off.