Prince Charles met with Turkish president Recep Tayyip Erdogan today as he kicked off his visit to the UK – while protesters vented their fury at the leader’s human rights record.

There were angry protests on the streets of London as Mr Erdogan delivered a speech at the Chatham House think-tank.

Mr Erdogan is due to meet the Queen and hold talks with Prime Minister Theresa May during his trip. 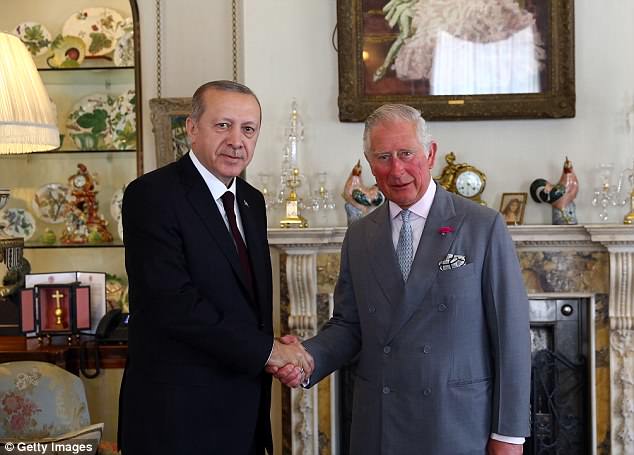 Prince Charles met with the Turkish President, whose visit has been marred with protests by Kurdish supporters and human rights campaigners 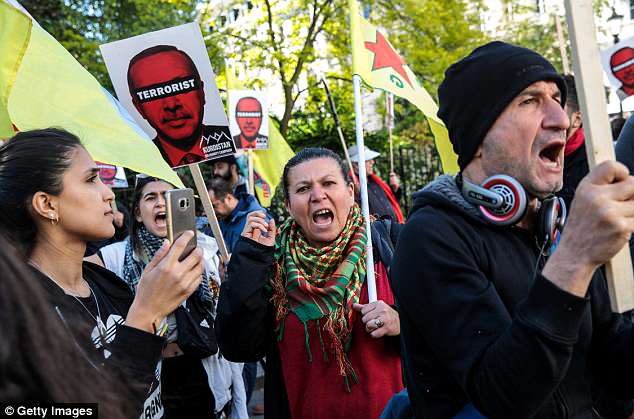 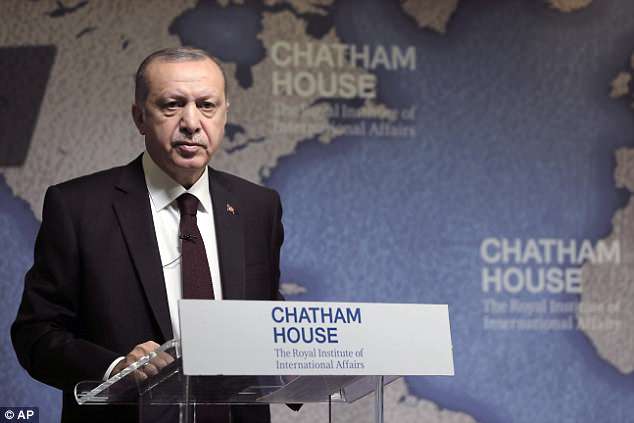 Mr Erdogan has been widely criticised for abandoning the secular principles of the state in Turkey.

He is also accused of repressing opposition parties and gay people.

Pro-Erdogan demonstrators were on the streets as well today facing off against critics of the Turkish government.

Liberal Democrat leader Sir Vince Cable condemned the visit and accused the Turkish leader of having an ‘unacceptable disregard for liberal, democratic values’.

Sir Vince said: ‘May’s administration appears to have substituted diplomacy for sycophancy in its pursuit of Brexit.

‘By permitting a visit and audience with the Queen, May and Johnson are essentially rolling out the red carpet for a man with a disregard for human rights, who is responsible for alarming oppression and violence.’

Ahead of the trip, Mr Erdogan said the UK was a ‘strategic partner and ally’ and he wanted to improve trade relations between the two countries.

Mr Erdogan said: ‘We want to continue our economic relations as the governments of Turkey and the United Kingdom without interruptions after Brexit.’

In his speech today, Mr Erdogan rebuked the US for recognising Jerusalem as the capital of Israel.

The UK has also made clear it does not support Donald Trump’s decision.

Mrs May and the Turkish president are set to discuss international issues such as the situation in Cyprus where the two nations act as guarantors.

PM’s spokesman said: ‘Our close relationship with Turkey allows us to have frank discussions and you can expect that the Prime Minister will raise human rights during talks tomorrow.

‘We have always been clear that we want Turkey to uphold its international obligations including respect for freedom of expression and political freedoms.

‘Tomorrow is an opportunity for the United Kingdom and Turkey to build on our close cooperation on counter terrorism, migration, regional stability, trade and in other vital areas.’ 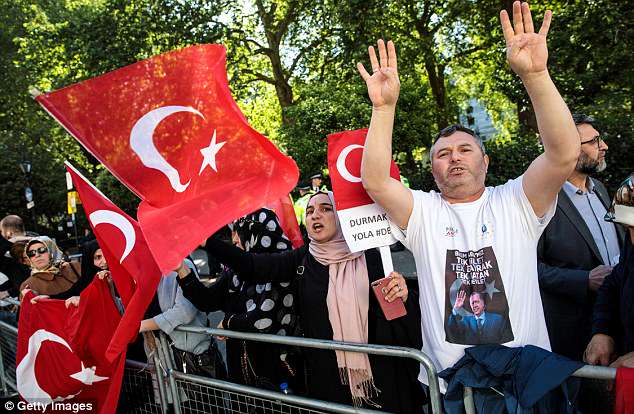 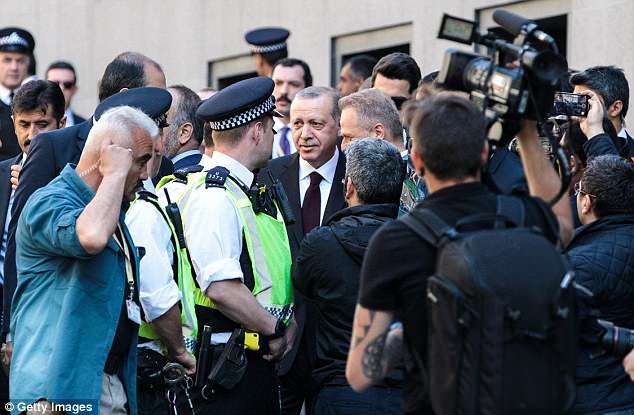 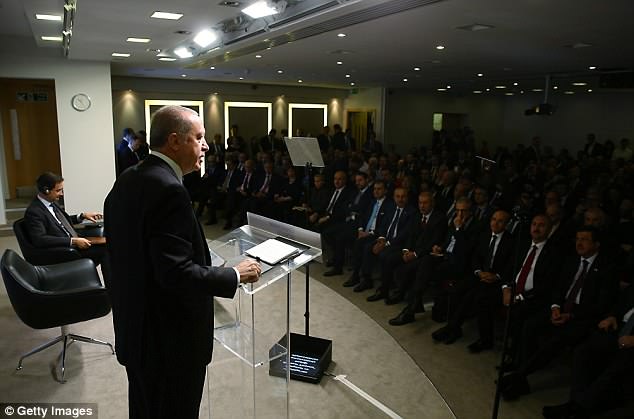 In his speech today, Mr Erdogan rebuked Donald Trump for recognising Jerusalem as the capital of Israel