Prince William given ‘modernising’ role in coronation of King Charles

London: Prince William is to take an active role in planning the coronation of his father King Charles III, as an expert report recommends “archaic”, “feudal” and “imperial” elements be dropped from the ceremony altogether.

William, the Prince of Wales is likely to also have a place in the ceremony on May 6 and is expected to join those on the King’s Coronation Committee to help set the tone for the event. 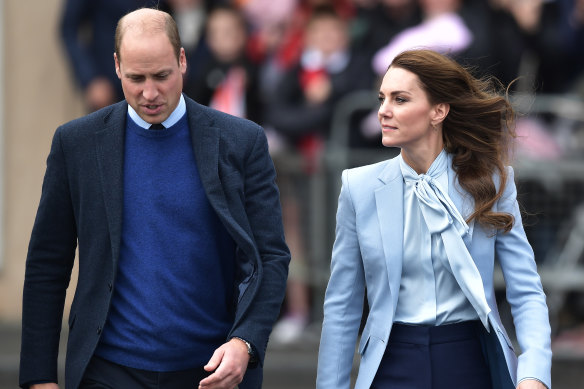 William, Prince of Wales, pictured with Catherine, Princess of Wales, will be taking a role in modernising the coronation.Credit:Getty Images

Plans for Operation Golden Orb have been in the draft stages for years, with a committee made up of members of the clergy and historians.

But while Prince Philip, the Duke of Edinburgh, took a keen interest in the 1953 coronation of Queen Elizabeth II, the new Queen Consort, Camilla, is understood to not be taking the same role. Instead, the King’s eldest son will have an active advisory position, taking an interest in the ceremony and how it reflects modern Britain.

He and Catherine, Princess of Wales, are likely – but not confirmed – to have a role in the Westminster Abbey event, with discussions under way about how it can be modernised and shortened from the spectacular celebrations for Queen Elizabeth.

There is less clarity over the King’s younger son, Prince Harry, Duke of Sussex, who is no longer a working member of the royal family. 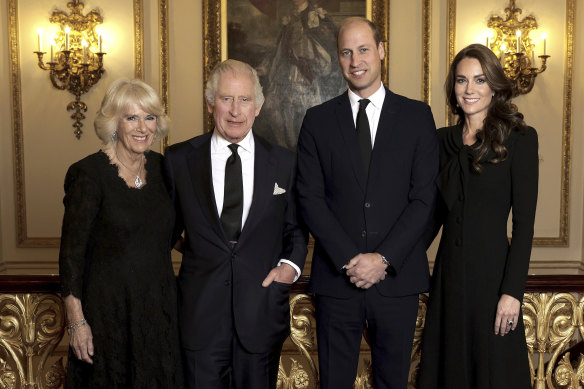 Buckingham Palace has not yet announced the make-up of the new Coronation Committee. It has confirmed the date and venue of the King’s ceremony, and specified that the Queen will be crowned alongside him.

Those reported to be involved in planning over the past eight years include the Archbishop of Canterbury, the Bishop of Dorking, and Sir David Cannadine, a historian.

Plans will be informed by an assembly of constitutional experts, including University College London’s constitution unit, which has produced a new paper making recommendations for the Coronation of Charles III. Due to be published this week but seen by the London Telegraph, it will recommend considering a separate civil ceremony at Westminster Hall or on Horse Guards Parade as a “venture of recognition of the new monarch outside the religious canopy”.

With both Brexit and the Scottish independence referendum adding to “pressures on the monarchy to be a symbol of national unity”, it finds, the coronation should better reflect the union as well as reducing any previous imperial associations to acknowledge that Britain is no longer a “truly international power”.

Suggesting it could be “royal wedding-sized” – with closer to 2000 guests than the 8000 attending Queen Elizabeth’s – the report recommends that the traditional form of homage to the sovereign by the Lords Spiritual and Temporal should be dropped entirely as “a hangover from the feudal constitution”.

Dr Bob Harris, of UCL’s constitution unit, writes: “The UK no longer has the capacity to mount anything like this spectacle, nor should it do so in straitened times.

“The next coronation will inevitably be smaller. Archaic elements such as the Court of Claims could be dropped.

“So should the homage, and thought be given to how the King as head of the nation should be enabled early in the reign to signify support for, and encouragement of, modern civil society.

“A modernised form of homage could take place, for example, in Westminster Hall, or in a procession on Horse Guards Parade.”

Detailing increased pressures on security in the 2023 coronation compared with 1953, the author warns that those planning for public safety must “manoeuvre in a more fractious world where post-imperial genies have emerged from old imperial bottles in the shapes of ethnic nationalism and state-sponsored and non-state terrorism”.

The involvement of William in planning the May coronation will be welcomed by royalists as a sign of continuity between the generations and the closer working relationship between the King and his heir.

The prince will, at age of 40, represent the concerns of his generation, with an eye to modernising the monarchy.

Royal sources have previously insisted that, until the late queen’s death, the King’s coronation had “deliberately been kept quite unplanned to ensure it can best reflect the climate at the time at which it happens”.