A group of Jewish students at Hunter College CUNY in New York City were left fearful and distraught after they say pro-Palestinian activists, including professors, hijacked a remote lecture, and used the public forum to air anti-Semitic views and condemn Israel.

As Fox News first reported, the incident took place at the Silberman School of Social Work during a May 20 end-of-semester Zoom lecture as part of a course called ‘Practice Lab,’ which explored different forms of oppression throughout history.

Students speaking to the outlet on condition of anonymity said that during the virtual lecture, many of its 192 participants suddenly switched their backgrounds to the Palestinian flag and their user names to ‘Free Palestine: Decolonize.’

Those who took part in the stunt then reportedly took turns reading a prepared manifesto denouncing Israel for perpetrating an ‘ethnic cleansing of indigenous Palestinians from their lands.’ 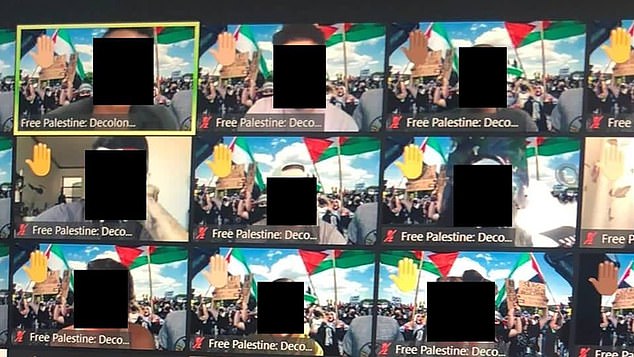 Multiple Jewish students at the Silberman School of Social Work at Hunter College CUNY said a May 20 Zoom lecture was hijacked by pro-Palestine activists, who switched their names to ‘Free Palestine: Decolonize’ and their backgrounds to the Palestinian flag 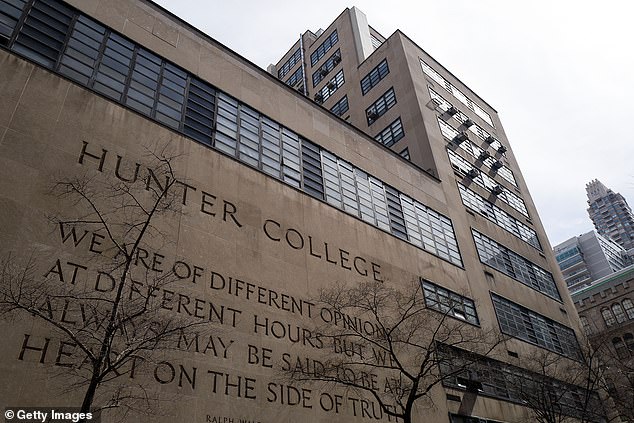 The statement included words of praise for US Rep Rashida Talib, a Democrat from Michigan, who recently accused Israel of subjecting Palestinians to an ‘apartheid system.’

The authors of the manifesto also commended the organizers of the Black Lives Matter movement for ‘condemning the deadly, racist attacks from the Israeli state.’

Speaking of the long-running Israeli-Palestinian conflict, which escalated last months with deadly consequences, protesters at Hunter College were said to have declared: ‘this is not “two sides” – it’s occupier and occupied. Like “All Lives Matter,” talk about ‘two sides’ distracts from power imbalance and structural injustice.”‘

One Jewish student who attended the lecture said the stunt left her ‘horrified’ and afraid to return to campus for in-person classes next fall.

‘I was sick to my stomach,’ said the student, adding that it was the most anti-Semitic display she has ever witnessed in person.

While the protesters were reading out their pro-Palestine manifesto, professors who were present in the Zoom room reportedly did nothing to interrupt them, and some even switched their name to ‘Free Palestine: Decolonize.’

‘They’re supposed to be the mediators in the discussion, not the ones who are fueling the fire,’ the student told Fox.

According to the student, adjunct professor Simone Gamble changed her user name to show her support for Palestine.

The chat section of the Zoom soon filled with anti-Semitic comments, according to students who took part in the lecture, with one participant reportedly writing: ‘the Holocaust has been used as a tool. The fear of anti-Semitism as the fear of ‘this could happen again’ is being used preemptively to oppress and kill others.’

Jewish students who spoke to Fox said there was no room for them to speak out and offer counterpoints to the pro-Palestine, anti-Israel arguments being voiced.

The incident at Hunter College comes amid a wave of anti-Semitic attacks targeting Jewish-Americans in New York City and elsewhere in the US.

Multiple hate crimes were reported last month involving Jewish people being verbally and physically attacked on the streets of New York and California, and synagogues being targeted in acts of vandalism. 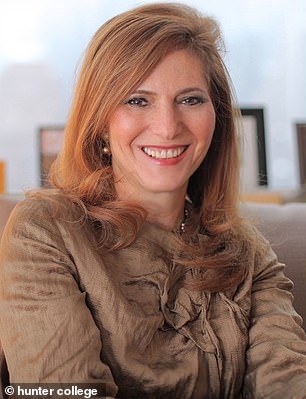 The Anti-Defamation League has reported a 70 per cent spike in anti-Semitic incidents since the beginning of the violence in Israel.

In a statement posted to the university’s website on May 26, Hunter College President Jennifer Raab stated that the university ‘unequivocally’ condemns anti-Semitic attacks and reiterated Hunter’s ‘strong commitment to fairness, equity, and mutual respect.’

When asked to address the hijacked lecture, a spokesperson for the Silberman School of Social Work at Hunter College confirmed to Fox News that the classroom discussion ‘went in an unplanned direction as students expressed strong and, at times, heated opposing viewpoints and sentiments about the recent conflict in the Middle East.’

According to the spokesperson, the lead instructor ultimately asked for ‘mutual respect and empathy to all points of view.’

‘While we respect the principle of an open and free exchange of ideas, we will not tolerate hate speech in any form,’ stated the school.

DailyMail.com on Thursday reached out to professor Gamble, but she was not immediately available for comment on her conduct during the lecture.

According to her LinkedIn page, Gamble has served as a part-time adjunct professor at the Silberman School of Social Work at Hunter for the past 10 months.

She is also the founder of an organization called OAAARS, which offers consultants to provide social justice training in workplaces.